Former Irish Senator Billy Lawless is contesting this month's by-election in the Irish Seanad to fill a seat on the Industrial and Commercial Panel. 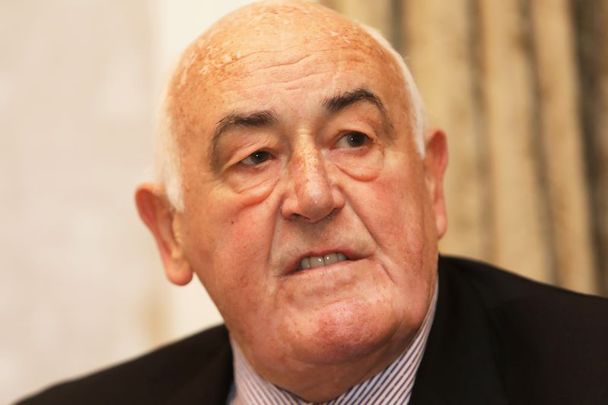 Irish American leaders are writing in support for Billy Lawless, an Independent candidate in the Irish Seanad's upcoming by-election to fill a recently-vacated seat on the Industrial and Commercial Panel.

The news comes as Sinn Fein announced they too would be backing the Galway born Lawless.

Lawless, a hugely successful businessman in both Chicago and Ireland, was appointed as Ireland's first-ever overseas Senator for the Diaspora by then-Taoiseach Enda Kenny in 2016, a role he remained in until 2020.

Speaking in a personal capacity, Dan Dennehy, a leading figure in the AOH who was formerly the organization's immigration spokesman and Siobhan Dennehy, the Executive Director of the Emerald Isle Immigration Center in Queens, are among those pushing strongly for Lawless in the upcoming Seanad by-election.

The Dennehys said: “In 2016, Billy Lawless was appointed as Independent Senator for the Diaspora. With an awareness of many issues made unique by his life experience, he immediately developed working relationships and friendships with Dáil and Seanad members of all parties. This willingness to work with people from differing political agendas comes from a lifetime of experience as a businessman and advocate for the community's disenfranchised members.

"Before the McCain-Kennedy Bill, we worked with Billy Lawless in his capacity as founder of the Chicago Celts for Immigration Reform.

"Billy Lawless's unique life story as an emigrant himself makes him a tireless leader on diaspora issues particularly the undocumented Irish, emigrant support programs, and voting rights for the Irish citizens abroad.

"His popularity and effectiveness as an Independent Senator is supported by his unique combination of legislative and business acumen, combined with an emigrant success story and a fascinating sporting and political background. For a big man, nobody moves through the Halls of Congress with greater ease and accessibility than Billy Lawless!"

Lawless is facing three opponents- Ciarán Ahern, Hazel Chu, and Gerry Horkan - in the by-election that will fill the seat on the Industrial and Commercial Panel that was vacated by Sinn Féin's Elisha McCallion in October 2020.

Lawless has close ties to the leading advocacy groups for business and immigrant organizations in Chicago, and his interface with leading national Irish American organizations like the AOH, LAOH, Coalition of Irish Immigration Centers, and various Irish-American Chambers of Commerce remains an invaluable resource to help the Irish in America, especially the undocumented.

He has a personal friendship with former President Barack Obama and is close to US Senate powerhouse Dick Durbin.

Lawless says if elected, he is able “to navigate the difficulties of pandemic and election-year politics and reaffirm the significance of Ireland's relationship with America and continue the vital exchange between the Irish government and the Irish American community on issues such as trade, legacy justice in the North, Brexit, and culture."

Though Lawless is an Independent, he has developed many cross-party links with other senators and was a very popular senate member during his four-year term. The polls close on April 21st.