"The Ancient Order of Hibernians calls on the Congressional Irish Caucus to urge President Trump to name a new envoy to Northern Ireland immediately in an effort to break the current stalemate." 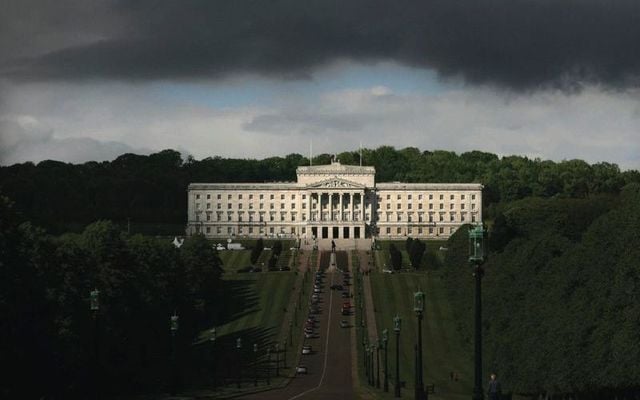 A gathering cloud over the Stormont Assembly Rollingnews.ie

The Ancient Order of Hibernians has written to the Congressional Irish Caucus, asking them lobby the White House for a US Special Envoy to Northern Ireland.

The first such envoy to the province was George Mitchell, who was widely thought to have nudged the peace process towards the Good Friday Agreement that ushered in an era of powersharing between the two communities.

Envoys were appointed by both Presidents Bush and Obama but the Trump administration has been looking to make huge savings in the State Department and announced an end to the position.

In September the White House reversed its position; the President met with Irish Caucus Chair, Richard Neal, and afterwards the White House told journalists that Trump had, “agreed and made a commitment to fill the vacant post. Neal then confirmed the President’s decision with White House Chief of Staff John Kelly.”

But the position still lies vacant and Northern Ireland’s Assembly remains suspended with the province’s budget soon to be set by London; the legislature's powersharing Executive collapsed earlier this year over controversy about a renewable heating scheme and has yet to resume as Sinn Féin and the DUP wrestle with issues such as gay marriage and the Irish language.

In a letter to the Congressional Irish Caucus, the Ancient Order of Hibernians’ National Political Education Chair, Neil Cosgrove, has renewed the organization’s call for a new envoy to be appointed, fast.

With the imposition of a budget for Northern Ireland by Westminster, another sad milestone in the degeneration of the Northern Ireland peace process has been achieved. With talks between the two major parties, Sinn Féin and the Democratic Unionist Party (DUP), at an impasse for over ten months, the prospect of a return to direct rule from Westminster increases daily. Such a retrograde motion would do incalculable damage to the U.S. brokered Good Friday Agreement and the peace it has fostered for nearly two decades. The preservation of the devolved government of Northern Ireland is essential for the journey to peace to continue. The Ancient Order of Hibernians calls on the Congressional Irish Caucus to urge President Trump to name a new envoy to Northern Ireland immediately in an effort to break the current stalemate.

The current impasse in Northern Ireland has been described as “dysfunctional”; it is an apt enough description. However, it is not, as implied by some analysts, the clichéd dysfunction of “the Orange and the Green”. It is rather the all too natural dysfunction that occurs when previously signed agreements are ignored; when commitments and promises are broken or continually “deferred for later action”. There has been much debate on an Irish Language Act, there should be none as this matter is already been mandated by signed agreement. It is not dysfunctional, but disingenuous, that the British Government should allow the peace process to be put at risk due to “buyer’s remorse” on the part of the DUP and for language protections that have been in place in other parts of the UK for many years. It is hypocritical that those who wear poppies and extol the duties of remembrance to the dead of the Somme balk at the duty to provide justice to the dead of legacy crimes and collusion committed in living memory. The true dysfunction is the delusion of expecting to have meaningful negotiations when parity of esteem is absent.

This “dysfunction” is all too explainable when one considers that the British government as primary arbiter owes its political existence to one of the parties of the stalemate, the DUP. We would not be surprised to find that a football match where the referee owes his job to one of the teams would be “dysfunctional”.  There is no “dysfunction” in Northern Ireland that cannot be addressed by a fair, impartial arbiter with the leadership to hold all parties accountable to the Good Friday Agreement they have committed to. The despair over the current dysfunction in Northern Ireland is a pale shadow of the despair that was present during the darkest days of “the Troubles”. It was the influence of the U.S. in the form of Special Envoy George Mitchell that broke the cycle of fatalism and replaced it with the hope of the Good Friday Agreement; the Northern Ireland peace process needs that same U.S. leadership and energy again.

The Ancient Order of Hibernians asks the members of the Irish Congressional Caucus to remind President Trump of his pledge to maintain the position of Special Envoy to Northern Ireland and to make an immediate appointment of a U.S. representative who will work with all parties to honor their commitments, restore the devolved Northern Ireland government and resume the journey to a lasting peace based on equality and justice.

What do you think? Does Northern Ireland still need a US Peace Envoy?