Twenty of the Republic's 31 councils sent a delegation abroad. 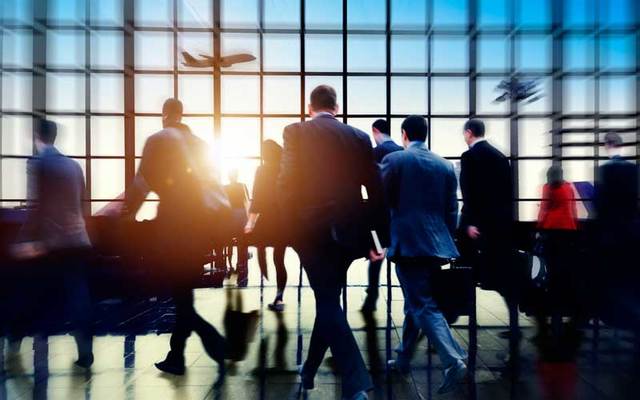 A group of travelers in an airport. iStock

New York was the most popular destination, reports The Sunday Times.

Meath county council sent the largest delegation abroad, with six people going to New York and four to London. The total cost was more than $22,395 (€20,000).

“Councillors work throughout the year representing the people of Meath, and St Patrick’s Day is an ideal opportunity for them to support Meath people living abroad and to recognize the work of the Meath associations,” said the local authority.

Limerick’s council, which spent over $31,378 (€28,000) sending six people to the U.S., ran up the largest bill. The four councillors and two officials spent $13,437 (€12,000) on hotels. The delegation was led by Kieran O’Hanlon, a Fianna Fail councillor and mayor, who traveled to New York, Boston, and Washington during his eight-day trip.

The accommodation at the Crowne Plaza at Times Square cost $392 (€350) per night per room. The group also shelled out $3261 (€2,912) for sterling-silver gifts to be presented in America, including torcs, cufflinks and bookmarks, while $4,043 (€3,611) was spent on official receptions and dinners.

The council said: “The itinerary was very intensive with a series of rolling engagements from arrival in the US to departure. Its focus was on developing relationships across a wide range of common interest areas, including economic development, tourism, trade and cultural endeavors.

“The council is satisfied the costs involved reflect value for money, are of direct benefit to Cork, and that economic prudence and a value for money ethos was applied.”

The Sunday Times notes that not all local authorities sent delegations abroad for St Patrick’s Day, with no one traveling from any of the four Dublin councils.