The 81-year-old owner of The Parting Glass Pub was preparing to close up shop when she got the call from Barstool's Dave Portnoy. 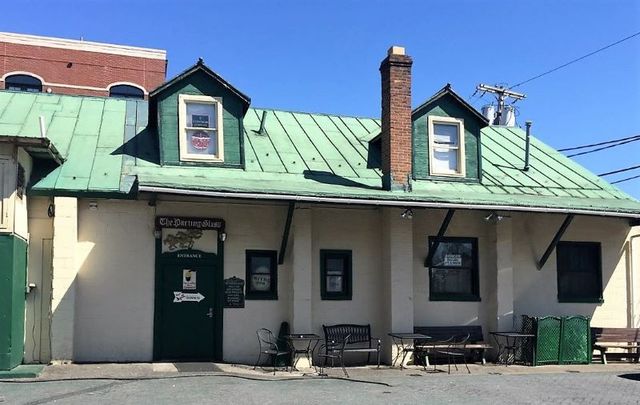 The Parting Glass pub and restaurant in Saratoga Springs, New York has been saved from sudden closure thanks to a grant from the Barstool Fund.

Joan Desadora, the 81-year-old owner of The Parting Glass in Saratoga Springs, New York, was literally preparing signs saying “closed” when she got the call from Dave Portnoy, the philanthropist who started the Barstool Fund to provide emergency funding to small businesses.

The Parting Glass in Saratoga (my unofficial August home) gets the call. Who is drinking with me there this summer? #barstoolfund pic.twitter.com/12zhbsdnUo

Desadora, who first purchased the pub back in 1981 after falling in love with Ireland during a trip there in 1980, told The Daily Gazette that she was literally preparing to print "closed" signs for the pub when she got the call from Portnoy.

“We couldn’t hang in there any longer. Every single one of my features, they took away. Every single one. I’ve gone into such debt just to keep up my family, my grandchildren, everybody works there…I’ve done it for almost a year now, I can’t do it much longer.”

The Parting Glass on Lake Avenue was the go-to place for many an Irish celebration after a horse wound up in the winner’s circle at the track, including the days when the late Austin Delaney’s horses Irish Linnet and Irish Actress ruled the roost at the Spa, and others like Fourstar Allstar and Fourstar Dave which were trained by the great Dublin conditioner Leo O’Brien.

Saratoga Springs, about a three-hour drive north from Manhattan, simply wouldn’t be the same without the venerable Parting Glass.

“Desadora said she doesn’t drink, never wanted to open a bar and, as the product of an ‘old-fashioned Italian family,’ never expected to find herself in the position of opening a traditional Irish pub, but she fell in love with the role of the local pub in Ireland as a community gathering place,” the Gazette reported.

“Before Barstool’s intervention, Desadora said she was planning on closing for the winter with the hope of possibility reopening later in the year, with the understanding that would be extremely unlikely considering the massive costs she’d have to incur.”

Portnoy, a horse racing fan, told Desadora he hopes to visit The Parting Glass this summer.

“Let’s hope we’ll have a date where horse racing’s back,” he told Desadora. “I’m there every August. I’ll have to have a pint.”

Several Irish bars and restaurants throughout the US have received vital funding from the Barstool Fund, among them Mulligan's Fireside Pub in The Bronx, New York; Mulrooney’s in Syracuse, New York; Peter McManus Café in Manhattan; Kennedy’s Irish Pub in Waterford, Michigan; the Claddagh Pub in Baltimore; and Tim Kerwin’s Tavern in Middlesex, New Jersey.

You can learn more about the ongoing Barstool Fund here.