Polling on Paddy’s Day? Ohio's presidential primaries might be held on March 17 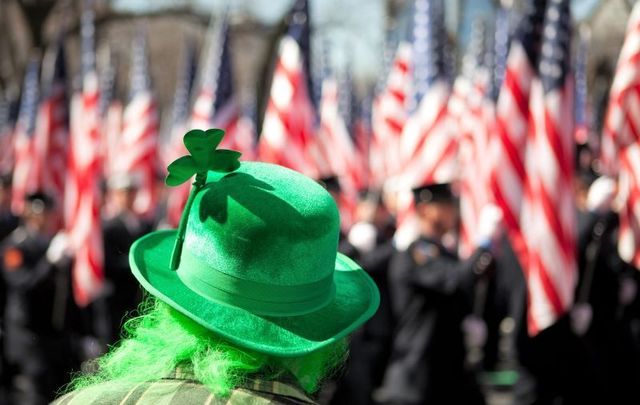 Ohio could be hosting its presidential primary elections on March 17, St. Patrick’s Day, next year, which is causing concern for some local politicians.

Read More: 2020 Democratic candidates reveal if they have Irish heritage

Cleveland.com reports that “at the behest of the Ohio Republican Party," Republicans want to change the state's presidential primary election date from March 10 to March 17 in order "to comply with a GOP cut off for states that want their delegates to be awarded on a winner-take-all basis. States that hold primaries earlier than March 15 will award Republican delegates on a proportional basis."

The date change went largely unnoticed when it was included in a more than 3,000-page bill that was unanimously passed by a bipartisan committee last week as part of the Ohio state's budget. However, lawmakers in Ohio have now missed their June 30 deadline to pass a budget and are currently operating under a 17-day emergency funding plan as negotiations continue.

Read More: Legislation to double US funding to Ireland passes the House

Cleveland's St. Patrick's Day celebrations draw an estimated hundreds of thousands of people, with the city's tourism board saying their March 17 festivities are among the largest in the country.

Cleveland.com said that some local officials are concerned about "disruptions to Downtown polling places and the competition for people’s time and attention will dampen turnout in one of the most populous areas of the state" if polling does indeed happen on St. Patrick's Day.

While polling could be held on March 17, Ohio boasts a robust early-voting program, providing an alternative to heading to the polls on St. Patrick's Day. Evan Machan, a spokesman for the Ohio Republican Party, said: “Early voting laws are some of the best in the country. We encourage voters to utilize their right to early vote if they have prior commitments on Election Day.”

However, State Rep. Bride Rose Sweeney said: “It would to me be such a hindrance to people voting — people who don’t already vote in primaries. I am very concerned, and I’ve brought this up with my colleagues.”

“I do believe we have people on both sides that this could be an issue for," she added. "We don’t want to be preventing people from voting or making it more difficult to vote, especially for those who live Downtown."

Anthony Perlatti, director of the board of elections, said: “We haven’t put much thought into it because we’re kind of hoping it doesn’t happen."

Perlatti added: “Voting probably will not be the first thing on many people’s minds that day. They’re going to have their day planned out with friends and family, and maybe they’ll be able to squeeze voting in, but who knows.”

Read More: This acapella Irish dancing in Cleveland will give you chills

While some politicians are expressing concern, Cleveland Scene pointed out that "the timing might even be preferable. Many of the folks who attend the parade already take the day off work and should have extra time in the morning. If voting really will be harder than it would be on a normal workday, Ohio has no-excuse early voting, so folks can show up at the Board of Elections early to cast their vote.”

What do you think - is hosting the presidential primary in Cleveland on St. Patrick’s Day a good thing or bad thing?