Albert Gilmour was 21-years-old before he learned that his 'sister' Ruby was actually his mother, and his father was American soldier Albert Carlow. 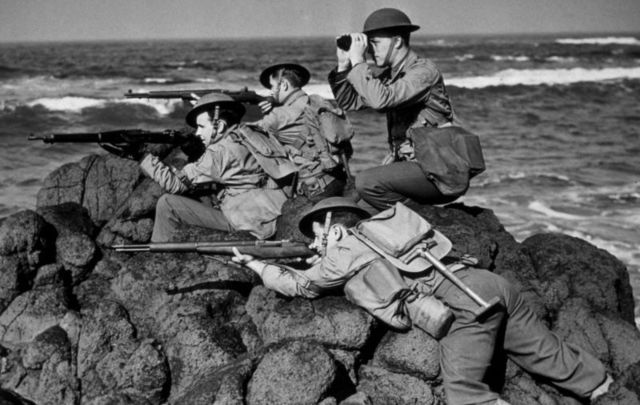 Albert Gilmour, a native of Co Derry, was 21 years old before he learned his family’s secret

In 1965, 21-year-old Northern Irish man Albert Gilmour asked his mother for his birth certificate as he was getting ready to get married.

Additionally, Albert's father was not listed on the birth certificate.

"It was a bitter pill to swallow," Albert told BBC.

Ruby explained to her son that he was actually named after his birth father Albert Carlow, an American soldier who was stationed near Ruby’s home in Eglington, Co Derry during World War II.

Ruby had met the soldier when she was 17 years old and became pregnant before Carlow was deployed to the beaches of Normandy where he served during D-Day in 1944.

In November of that year, Ruby gave birth to her son, all while assuming that his father had been killed in action during the infamous battle. The family decided to raise baby Albert as Ruby’s sibling, to spare her the shame of being a young, unwed mother.

Albert told The Daily Mail:  "When they [the soldiers] were here [Northern Ireland], they were going to go and fight D-Day campaign. It was all kept secret. They weren't allowed to take any documentation.

“And when the campaign was over, they were sent to fight in the desert. And rather than come back to Ireland, they were sent home from Africa to America. All contact was lost then.”

After learning about his real father, Albert decided to “let matters rest” out of respect for Ruby and his grandparents, though he does acknowledge now that he harbored some resentment towards Ruby.

Read More: 80 years after being abandoned under a blackberry bush she finds her parents

Decades later, however, Albert’s daughter Karen Cooke, who knew about her American grandfather from a young age, decided to further investigate her father's relatives, who the Northern Irish family had never met with.

“I found out loads about him, but initially in 1997 it was pretty difficult. It was hours in the library,” Cooke told The Daily Mail.

Cooke was able to trace down one of her father’s aunts using only an address that Ruby had memorized nearly five decades earlier when Albert wrote it on the back of a cigarette package.

“I initially wrote there, while I was doing other research, and there was a lovely girl who lived in the place who gave me pictures of the place, maps, and said is there anything else I could do.

“I asked her for the phone numbers of the Carlows in the phone book, and phoned round until I found someone who could help.

"The best gift I could give my father was for him to meet his remaining relatives," Karen told BBC. "It was a piece of him I always knew he had, his American side."

Albert reached out to the aunt that his daughter had located, only to learn that his father had, upsettingly, had died in 1980 before the two could ever meet. However, the Northern Irish man was “delighted” to learn that his paternal grandmother was still alive and that he had two half brothers.

Albert’s aunt sent him a picture of his late father, and he was astounded to see the resemblance the two shared.

Along with his daughter, Albert traveled to the US to finally meet his father’s family. “When I got off that plane in America for the first time - I just knew that I belonged there. It was like coming home.

"It just didn't feel real," he recalled. "They said: 'We know to look at you who you are, your mannerisms, your whole being, you are just your father.'

"Everyone knew who I was. I felt more at home there than I did here whenever everything was brought to light."

In the US, Albert learned that his father had kept Northern Ireland coins with him for the rest of his life, and got to visit his father's grave.

"There was snow on the headstone and I had to wipe it away to see his name. I just felt that weight being lifted off me. I walked away and my life was full then," he said.

"There was no more wanting. I didn't have to worry who I was anymore."

Read More: How my orphaned Irish father rediscovered his family

Upon returning to Northern Ireland, Albert shared a picture of his father with his mother Ruby, many decades since the two parted.

"She cried sadly, it was hard for her," Albert said. "She told me he was well mannered, he was decent, they gelled together.

Days before her death, Ruby tried to apologize for the family secret. Albert said: "She took my hand and said: 'I'm sorry, I know I took part of your life away.'

Now, as he near his 75th birthday, Albert wants to share his story as he’s sure there are other so-called “GI babies” like him.

"Everything was kept hush-hush years ago. The secret was kept very close and nobody told me anything," he said.

"If you were born out of wedlock it was just as if you didn't exist. Some lived through their life and died with it and never got the chance I got.

"I am hoping these stories don't fade away."

You can watch Gilmour discuss learning about his family’s secret with the BBC here: