More than 60 years after his military plane crashed during WWII, Irish man Eugene Smith's death was officially confirmed by the US Army. 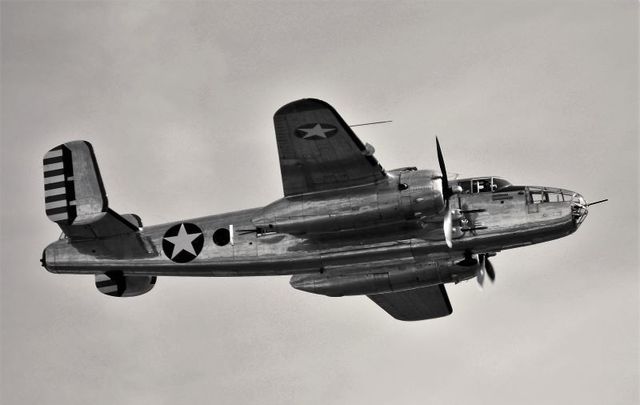 US military confirm death of Eugene Smith after his military plane crashed into a glacier in Alaska. Getty Images

The mystery of Irish WWII hero Eugene Smith was solved 62 years after his death.

US military has finally been able to confirm the death of Eugene Smith, an Irish World War II hero, 62 years after his military plane crashed into a glacier in Alaska.

Smith’s family had long suspected that he had died in the 1952 crash of the C-124 military aircraft which was carrying 52 passengers, but they had never been able to recover his body or give him a proper burial.

Searches of the area have been restricted through the years because of the harsh landscape, but the glacier has now receded, enabling the US military to search the site and confirm that Smith died in the crash.

"They knew the general area where it had gone but because it was a glacier that the plane had crashed into, it wasn't possible to carry out any kind of proper search,"  said Amy Kiernan, who lives in Lavey and whose grandfather was Eugene's first cousin.

"Granddad was always so proud of his cousin in America and he remembered when he first heard the plane had crashed.”

Eugene Smith was born in Lavey, Co Cavan in 1913, but emigrated to the United States as a child, settling with his family in Wilmington, Delaware. Smith became a US citizen and joined the National Guard before going on active duty with the army.

In 1942, he was commissioned as a second lieutenant in the military police, investigating crimes committed during the war, and quickly moved up the ranks to become a lead investigator.

Read More: Search for family of Irish sergeant who died in France during World War II

In 1946, Smith brought court-martial proceedings against three US officers who had stolen more than $30 million worth of jewels and gold belonging to the royal German Hesse family.

Smith was named the Director of the Office of Special Investigation, based in Alaska, but died in the crash soon after.

The crash site could not be accessed until 2012. DNA extracted from existing family members matched positively with a skull found on the plane, identifying Smith as one of the deceased passengers.

"The family always thought the plane had crashed and that he was there," said Smith’s nephew Brian Gorman, who lives in Wilmington.

A burial ceremony was held in Wilmington at the end of June with Amy Kiernan and her sister Louise attending as representatives of Smith’s Irish ancestry.

”It's great that he dedicated his career to solving mysteries and now finally this last mystery is solved,” said Kiernan.

Does you know of any World War II heroes in your family? Let us know in the comments!