Recordings of survivor testimonies were deleted, allegedly without consent, as part of the Commission of Investigation into Mother and Baby Homes. 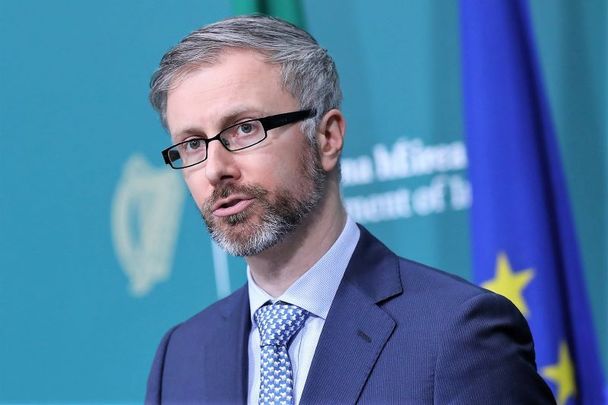 Minister Roderic O'Gorman, whose department is set to receive the Commission's data, says he has been informed that back-up tapes of survivors' testimonies "may" exist.

“The commission informed me yesterday that it had become aware of backup tapes held off-site, which may - and I must stress the word may - contain the audio files of the personal accounts given to the confidential committee," Minister Roderic O’Gorman, Ireland's Minister for Children, Equality, Disability, Integration and Youth revealed during a debate on Friday.

O'Gorman said he was informed of these backup tapes after requesting that the commission "exhaust all possibilities to retrieve data from the interviews" that were conducted as part of the confidential commission in the scope of the Commission of Investigation into Mother and Baby Homes.

O'Gorman said on Friday that he was awaiting a response from the commission who was asked to arrange for the tapes and their content to be made "be made available urgently to my Department as part of the transfer of the archive that is beginning to happen."

O'Gorman added: "I stress that I do not want to raise unduly expectations about these tapes. I very much hope they will contain the audio recordings of the 549 people who consented to be recorded but it will not be until the tapes have been retrieved, reconnected to the parent IT system, and transferred to my Department that my Department will be able to ascertain this for a fact. We are all aware that sometimes technology can let us down.

"These tapes are backups in the form of disaster recovery tapes and that is their function. If the recordings are on those tapes, I will then have to decide, in light of the legal advice provided to me by the Attorney General, to what extent the material on those tapes can be made lawfully available."

This revelation of potential backup tapes comes just days after O'Gorman said during a debate on February 16 that he "became aware of the deletion of the taped testimonies of those who had given personal accounts before the confidential committee when I read the report. It was stated in one of the chapters that outlined how the commission functioned.

He added: "In the report, the commission indicated that it had done this in compliance with what it understood were its obligations under data protection law.

"I know that since the report has come out people who gave testimony before the confidential committee have argued that they did not understand it as the commission did. The commission circulated a document that stated it would seek permission to tape the personal accounts before the confidential committee. That document did not reference deletion. The commission has stated in all correspondence with me that it asked for consent for the deletion of these tapes.

"However, I acknowledge a number of survivors have come forward to say their consent was not sought. It is problematic when survivors say they are not being listened to."

Later, on February 18,  TD Niamh Smyth, addressing Minister O’Gorman in the Dail, called for the legal lifetime of the Commission of Investigation into Mother and Baby Homes to be extended in hopes of providing more time to retrieve the testimonies that are believed to have been lost.

“But we must remember that the survivors have rights and under GDPR, their rights have been breached. And for that reason alone, we must act now and extend the lifetime of the Commission. That is what the State, at the very least, owes them - the transparency, the transparency they deserve.”

Noting that he understands the “anger” of survivors, TD Smyth, Minister O’Gorman said: “The Commission is independent in its operation. They have said that each witness at the confidential committee was given the guarantee of complete anonymity and it was for this reason that tapes were deleted.

“The Commission has repeatedly stated that this process and the associated actions were carried out with the knowledge of survivors.

“However, it is clear that some survivors do not share that view.”

O’Gorman says he has engaged “intensively” with the Attorney General, the Data Protection Commissioner, and the Commission of Investigations about the deletion of audiotapes in order to achieve a solution “that ensures survivors’ voices are heard.”