With Vice President Mike Pence's Irish visit confirmed for next month, many people flocked to Twitter to share their reactions. 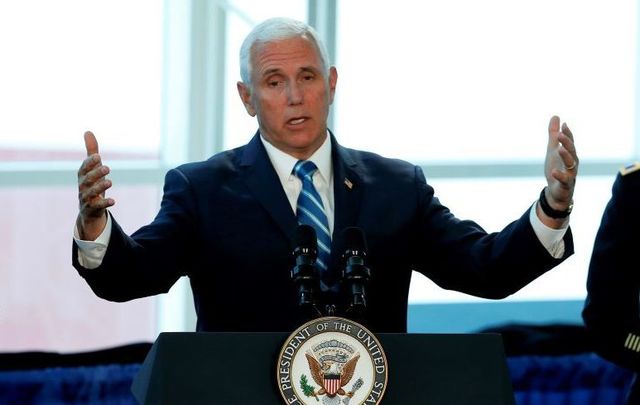 Vice President Mike Pence confirmed his Irish visit in a tweet on August 15:

An official statement from the Vice President read: “At the invitation of the Taoiseach of Ireland Leo Varadkar, Vice President Mike Pence will visit Ireland on September 6-7. The Vice President will voice the United States’ commitment to maintaining peace, prosperity, and stability in Ireland by upholding the Good Friday Agreement, expanding bilateral trade and investment, and strengthening the economic relationship between our two countries.”

Vice President Pence will be joined by his wife Karen on the visit.

Pence has close ties to Ireland - in 1923, his maternal grandfather emigrated from Tubbercurry, Co Sligo to the US via Ellis Island. He has visited the country several times, but never in an official capacity.

In the wake of the official confirmation, plenty of people flocked to Twitter to share their reactions.

Some reactions were positive:

Sláinte, Mr. Vice President. We’ll hoist a pint in your honor, Your Honor, as you enjoy the Emerald Isle!☘️

You’ll be very welcome home to the Old County Mr. Vice President. And your people came from the best side of the Shannon from what I hear ☘️

Welcome home Mr Vice President Pence, hope yourself and Karen have a great time here in the nation of your ancestors ♥️

But, as of Friday morning, it appeared most of the reactions were not so positive:

Sadly for you, a large number of us here in Ireland are mortified that a right wing, homophobic supporter of keeping children in cages like you has Irish roots. You certainly won't be celebrated.

Sorry we Irish don't like racists. We have always stood up for the oppressed and always will. Trumps cronies are not welcome in Ireland

Do not come to Ireland, you are not welcome. These people are fleeing war, poverty and violence, just are your Irish ancestors did. That you seek to dismiss or justify the inhumane way your Government treats them is a betrayal of your ancestral histories. #nofailteforpence https://t.co/PvnvWMw7ot

Celebrate & respect your Irish migrant roots by ending the cruelty & racism of your regime. pic.twitter.com/NiblhVFs3S

Nevertheless, one user made sure to offer the Vice President a handy Irish tourist tip:

Be sure to stop in at The George if you're in Dublin!https://t.co/9KIpkTcL3O

Are you looking forward to Mike Pence's Irish visit? Let us know in the comments