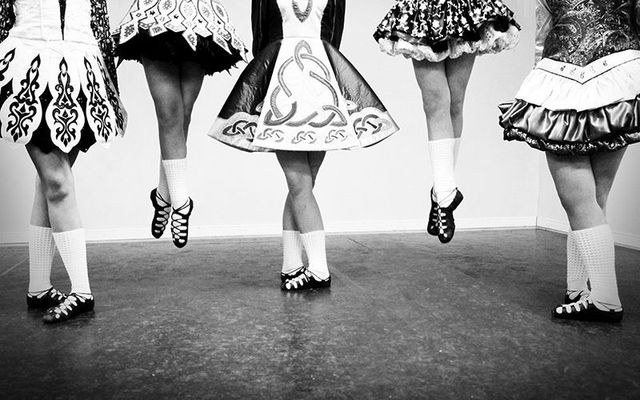 Michael J. Facelle has been suspended by the Irish Dance Teachers Association of North America as he's been accused of an offense against a child.

Facelle, a certified céilí instructor, has been suspended by the Irish Dance Teachers Association of North America (IDTANA) which operates in tandem with An Coimisiún le Rincí Gaelacha (CLRG), the oldest and largest competitive Irish dance organization in the world.

An internal statement issued to IDTANA members on July 27 and seen by IrishCentral reads: “On July 20, 2021, the FBI arrested Michael J. Facelle, TMRF, in connection with charges of downloading and distributing child pornography.

“Please be advised that Mr. Facelle’s IDTANA membership has been suspended, effective immediately, as per the IDTANA Code of Conduct and Disciplinary Procedure, Section 3.2 Gross Misconduct as follows:

“While Mr. Facelle was registered with IDTANA, he has not been an active teacher since November 2019.”

Members of the Mid-Atlantic Region (MAR), a subset of IDTANA which consists of Irish dance schools in Delaware, New Jersey, New York, and Pennsylvania, were made aware of Facelle's arrest via email from the MAR's corresponding secretary on July 22, the day after the FBI's statement was issued.

The MAR email seen by IrishCentral reads: "The Mid-Atlantic Region Executive Board, the IDTANA Executive Board, and CLRG all received the below press release from the teachers of the Doherty Petri School on Thursday [July 22] morning.

"We will notify you when we have more information from the IDTANA or CLRG."

The MAR email included the FBI's July 21 statement which reads: “The FBI Westchester County Safe Streets Task Force arrested a man on charges of downloading and distributing child pornography from a network used on the Dark Web.

“Based on the criminal complaint filed in the Southern District of New York, investigators allege Facelle used the peer-to-peer computer software called BitTorrent to download videos and photos of child pornography.

“If anyone has information about this investigation, they are asked to call the FBI New York at 212-384-1000, or submit a tip online at www.tips.fbi.gov.”

This TCRG provided to IrishCentral a 2021 Mid-Atlantic Region teachers directory that listed Facelle as one of the teachers at the Doherty Petri School. However, his name is no longer on the directory linked on MAR's website.

IrishCentral separately observed an undated student handbook from the O’Rourke Irish Dancers and a 2019 registration form for the Doherty Petri School which both listed Facelle as a teacher.

Emails sent to Doherty Petri, O’Rourke, as well as CLRG on Monday were not returned.