Irish-born Michael Dowling named number one heathcare leader in US

It is the 16th time that the County Limerick native has made Modern Healthcare's list of most influential healthcare leaders after he ranked second in 2020 and third in 2021. 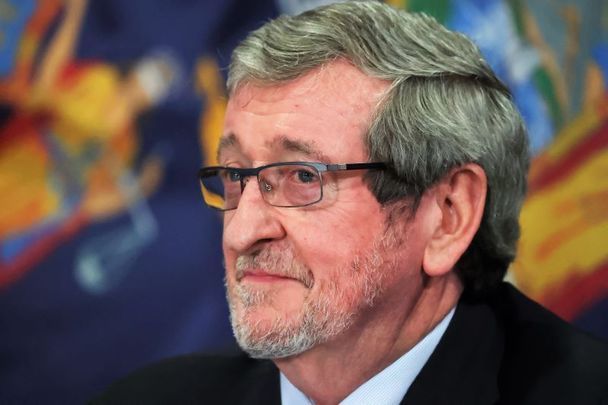 Northwell Health CEO Michael Dowling has been named as the most influential healthcare leader in the United States by influential business publication Modern Healthcare.

It is the 16th time that the County Limerick native, Michael Dowling, has made the publication's list of most influential healthcare leaders after he ranked second in 2020 and third in 2021.

In a statement, Dowling said the achievement reflected the dedication of thousands of Northwell Health staff members.

"This remarkable recognition truly is a reflection of the collaboration and work ethic elicited by thousands of Northwell team members who deliver compassionate care to our patients each and every day," Dowling said in a statement.

Mary Ellen Podmolik, the editor of Modern Healthcare, said the publication's ranking of the 100 most influential healthcare leaders recognized the people who are transforming a major sector in the US.

"The past year had been one in which disrupters turned into major players and industry leaders raised their voices to effect change within their organizations and the broader community," Podmolik said in a statement.

Northwell Health has been combatting the Covid-19 pandemic over the past three years but also held its fourth annual conference on gun violence in June 2022, while Northwell's Center for Gun Violence encourages hospitals and health systems to work with communities and implement prevention programs.

Northwell's center also seeks to educate communities on gun violence and has launched awareness campaigns on gun safety to help avoid accidental shootings and suicides, which account for roughly half of all gun-related deaths in the country.

Earlier this year, Northwell also launched its Center for Maternal Health, which aims to address health conditions that could occur from pre-conception until a child's first year, with a particular focus on underserved communities.

Dowling said Northwell had opened the maternity center to reduce maternal mortality in the US, especially among black women.

Of course, our daily focus is on our sickest patients. But to serve our broader community, we also look at health trends both looming on the horizon and lurking under the cover of darkness. That’s why we’ve taken a stand against gun violence. That’s why we’ve opened Northwell’s Center for Maternal Health," Dowling said in a statement.

Northwell Health has become the largest health system in New York State since Dowling took over as CEO 12 years ago, boasting 23 hospitals, roughly 800 ambulatory and physician practices, and annual revenues of approximately $13.5 billion.

The company also works with Doctors Without Borders and has been providing aid to Ukraine since the outbreak of war in February 2022.