Mary McAleese said Pope John Paul II was "so apologetic" after she challenged him on his "sexist" remark. 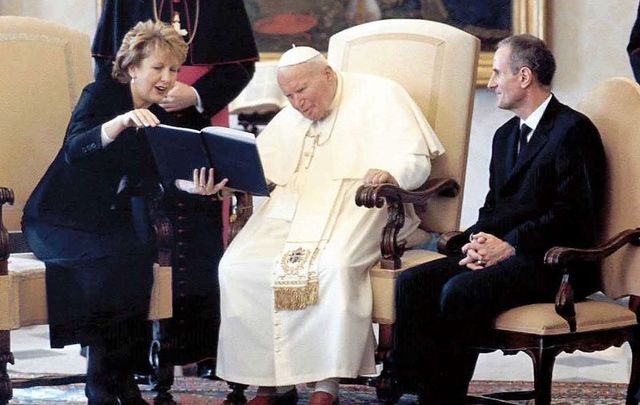 Mary McAleese, the former President of Ireland, says she asked Pope John Paul II to apologize after he made a sexist remark upon their meeting in 1999.

McAleese was asked by panel host Miriam O’Callaghan during a Focus Ireland event for International Women's Day on March 8 if she ever experienced sexism during her political career.

McAleese responded: “On a reasonably regular basis, of course, I did and had to deal with it.”

Of her meeting with Pope John Paul II in 1999, McAleese recounted: “He [the Pope] kind of looked past me and put out his hand to Martin and I suppose this was the joke he had prepared it turns out.

“Martin nearly collapsed on the spot. He knew better than to take the hand because he wouldn’t be at the house now if he did.

“I took the hand… I said, ‘Let me introduce myself, I’m Mary McAleese the President of Ireland, elected by the people of Ireland whether you like it or whether you don’t,’ smiling sweetly, and then we went in to talk in his study." 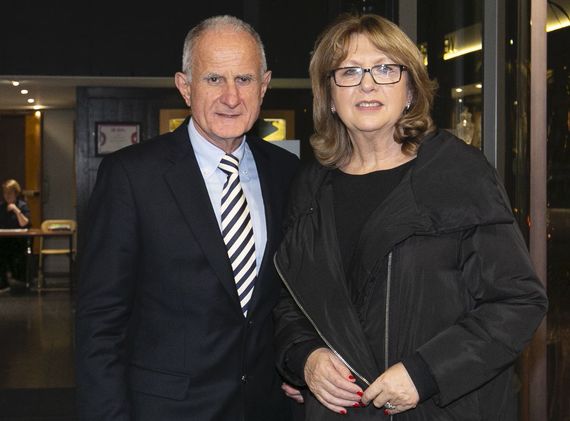 During their meeting, McAleese says she told the Pope: "Holy Father, before we talk about anything, I think we really need to talk about what happened out there and I think that was unacceptable. You wouldn’t have said that to a male person. I regard that as sexist and I really expect an apology.”

McAleese said the Pope “was so apologetic” and he cited his poor English as to why the comment come across well.

“I didn’t think that was funny,” McAleese said during the live stream, adding that she’s encountered that type of behavior from “a lot with senior church men.”

Elsewhere during the panel discussion, McAleese recalled one of her first encounters with sexism back when she was a teenager in Northern Ireland.

"I told our parish priest that I wanted to be a lawyer," McAleese said.

"When I said it, he immediately reacted in a way that was not untypical… He just said, 'No you can’t. You’ve two problems, one you’re a woman and two you’ve nobody belonging to you in the law.'"

McAleese said: "I don’t know how that would’ve impacted me, but my mother, who was hugely reverential, our house was an Abbott, we had a lot of priests coming and going and she was always very deferential and reverential to them, but she just threw him out and she was absolutely exorcised by what he had said.

"And I often said that’s the only career advice I ever got from either parent and it was good advice."

McAleese, who served as the President of Ireland from November 1997 to November 2011, went on to receive her Licentiate of Canon Law in 2014 from Pontifical Gregorian University and later her doctorate in 2018.