Mary McAleese says the new study on homosexuality in the Catholic Church "brings hope where it is needed.” 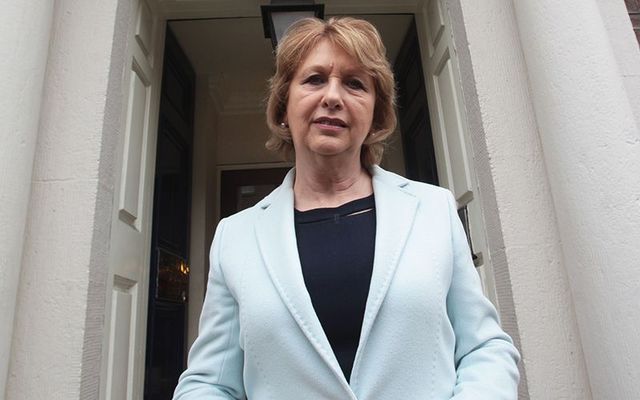 March 2016: Mary McAleese before she launched a groundbreaking report on the mental health and wellbeing of LGBTI people in Ireland outside Royal Irish Academy in Dublin. RollingNews.ie

Mary McAleese, the former President of Ireland, is among the signatories of a recently published academic study on the Catholic Church’s views on same-sex relationships and homosexuality.

The Institute says that its report, entitled “Christian Objections to Same-Sex Relationships: An Academic Assessment," is the “first such collaborative study to bring together and assess the most recent peer-reviewed research on the biblical passages used to condemn same-sex relationships.

“While the report also examines scientific and sociological evidence, much of it is devoted to an up-to-date assessment of recent ground-breaking studies on the most important ‘clobber texts’ in the Bible.”

Among its key findings, the report claims that traditional understandings of homosexuality within Christianity are the results of mistranslations, and that "from the point of view of natural sciences, it can be affirmed that, homosexuality is a 'natural variation within the range of human sexuality.’"

In turn, the Institute is now “calling for an urgent change in Roman Catholic teaching based on these academic findings which should serve as the final nail in the coffin of biblical and other arguments justifying homophobia.”

In a statement issued on May 4, the Institute explained that its study was launched shortly after the statement from the Vatican doctrinal office – the Congregation for the Doctrine of the Faith (CDF) – that upheld the ban on blessing same-sex unions stating, “You cannot bless sin.”

“This reinstated the decades-old papal teaching vilifying same-sex attraction as ‘disordered’, which has been causing untold harm worldwide. No kind words or “pastoral” gestures can heal that wound: only a change in teaching will. And in light of the deeply flawed arguments behind that stance, such a change is long overdue. 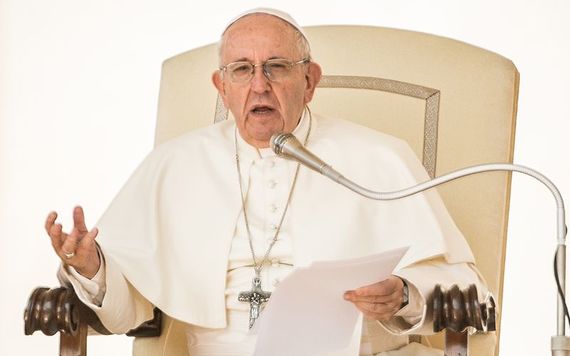 “Pope Francis has often insisted on the need for church authorities to listen to Catholics in general, and theologians and other experts in particular. He has expressed both in words and deeds his preference for discussions of contentious theological issues to take place openly and frankly. And he has encouraged decisions about them to be taken democratically and in a decentralized manner, in synods and other representative church gatherings at every level of the Roman Catholic Church, from the ground up. Finally, he has repeatedly underlined the obligation to take the side of the marginalized and discriminated against.

“We welcome such an attitude, and in that spirit, we present the main recommendation of our Academic Statement, backed by a research report and endorsed by more than sixty prominent scholars: that the competent authorities in the Catholic Church set up a transparent, independent consultation process on these findings.

“The absolute condemnation of same-sex relationships as ‘intrinsically disordered’ is not shared by most Roman Catholics worldwide. But it is still papal teaching: all CDF documents only have authority because they are endorsed by the Pope.

“Therefore, in virtue of Pope Francis’ position, and in light of his record of welcoming words and pastoral attitude towards gay people, he has a unique duty and responsibility to kick-start such an independent study to revisit the teaching he has inherited from his predecessors.”

Responding to the report, McAleese (PhD Professor of Children, Law and Religion, University of Glasgow, UK; Chancellor, Trinity College, Dublin, Ireland) said: “This international collaborative research project is the first serious attempt to use the tools of interdisciplinary scholarship to challenge, probe and interrogate church teaching in the area of homosexuality.

“The People of God have needed this to help convince a blinkered magisterium to open its eyes and ears, to see and hear the damage inflicted on good people young and old by teachings that run counter to science and counter to the love of the Creator.

“The scholarly work of the Wijngaards Institute brings hope where it is needed.”

You can read "Christian Objections to Same Sex Relationships: An Academic Assessment" from the  Wijngaards Institute for Catholic Research here.