"No one is safe until everyone is safe," Liam Neeson says in UNICEF's new Get a Vaccine - Give a Vaccine Irish campaign. 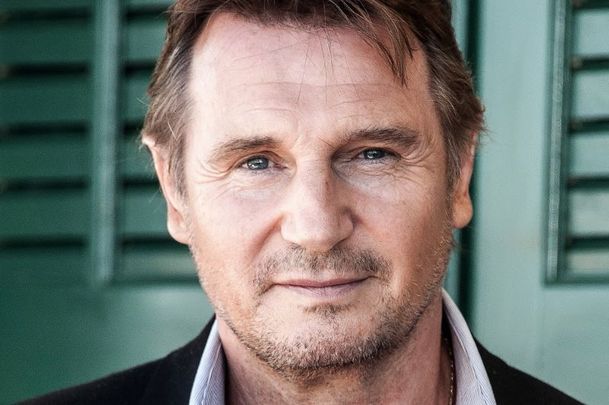 UNICEF has launched its innovative 'Get a Vaccine - Give a Vaccine'  Irish campaign with the help of UNICEF Goodwill Ambassador Liam Neeson.

The campaign, launched on June 15, invites Irish people to give a vaccine when they get their vaccine from Ireland’s Health Service Executive (HSE.)

The vaccine drive is raising funds for the delivery of two billion COVID-19 doses to healthcare workers and vulnerable people around the world because no one is safe until we are all safe.

The June 15 launch of the Get a Vaccine - Give a Vaccine Irish campaign marks a return to where it all started for Neeson, supporting UNICEF’s office in Ireland. He has voiced a new TV campaign fans can see from tonight, encouraging people to ‘give a vaccine’ when they ‘get a vaccine’.

Neeson says: "Wealthy countries are racing to vaccinate their populations, yet billions of people in poor countries don't have any vaccines.

"Scientists tell us that 'no one is safe until everyone is safe.'

"Today, you can help UNICEF make everybody in the world safe by giving a vaccine."

UNICEF Ireland Executive Director Peter Power said: “Today, Irish people have a fantastic opportunity to show solidarity with vulnerable people in the poorest countries of the world, who will not be able to access vaccines without our help.

"I have met so many people who are emotional after receiving their vaccines. They want to give something back and the Get a Vaccine – Give a Vaccine campaign provides a platform for Irish people to do just that."

Power added: "The simplicity of the Get a Vaccine – Give a Vaccine campaign has already won support from companies, philanthropists, and individuals. In launching the new campaign video with Liam Neeson, we are responding to an organic movement that has formed over the past six months, in response to our messages on vaccine equity and global solidarity.”

On Wednesday, Aldi Ireland announced that they are the first retailer to support UNICEF's Get a Vaccine - Give a Vaccine campaign and will be donating a vaccine on behalf of each Irish staff member.

We're proud to be the 1st retailer to support @unicefireland's #GetAVaccineGiveaVaccine. We'll be donating a vaccine on behalf of each Irish staff member meaning they will be accessible to those more vulnerable in the developing world. One way we're working to be #bettereveryday pic.twitter.com/Nguj1W2b5N

UNICEF is now leading the largest-ever vaccine procurement and supply operation on behalf of the COVAX Facility, targeting 92 low and middle-income countries. UNICEF has built considerable expertise through procuring half the world’s vaccines for children under 5 every year. To date, more than 80 million vaccine doses have been delivered to 129 countries and territories (since March). However, supply and funding are now significant issues.

UNICEF says that COVID-19 spikes happening around the world and the emergence of variants threaten us all. In recognition, children’s agency UNICEF earlier this year asked its teams to stretch themselves beyond the norm in the face of an unprecedented challenge. UNICEF agreed to join ACT-A partners WHO, Gavi The Vaccine Alliance, and CEPI, working for The COVAX Facility.

For people in Ireland, the end is in sight with millions of vaccine doses now administered. UNICEF’s Get a Vaccine Give a Vaccine campaign offers people an opportunity to come together in an act of solidarity during this historic moment. The message is clear – support vaccine equity and protect your own community.

At the G7 Summit last week, Global leaders pledged to share one billion vaccines with developing nations. As a COVAX member, the government of Ireland supports efforts to ensure developing countries have access to COVID-19 vaccines for both epidemiological and ethical reasons.

You can donate to UNICEF Ireland's Get a Vaccine - Give a Vaccine campaign online here.