Two men have been found guilty of criminally negligent homicide in relation to Irish teen Liam McGlinchey's death in upstate New York in 2017. 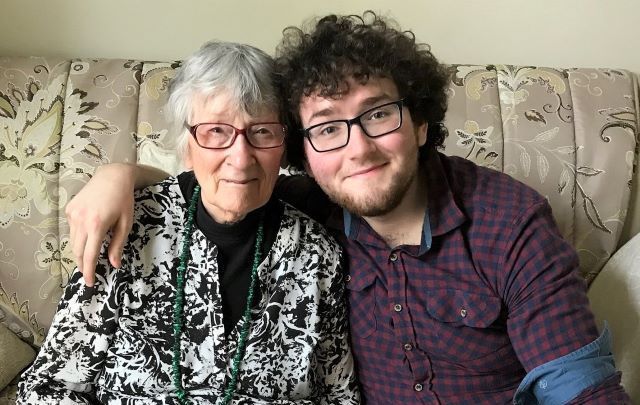 McGlinchey, who was born in the US and grew up between Donegal and New York, died after being left outside his grandmother's house by Samuel Heroux and Isaiah DePiazza while he was severely intoxicated on August 25, 2017.

19-year-old McGlinchey, who had been living in New York for several months before his death, had been celebrating the successful passing of his GED exam.

Toxicology reports from McGlinchey’s autopsy showed that he had a blood alcohol content of 0.40 percent, a level that medical experts say can be high enough to cause death.

Earlier this year, Liam’s mother Helen Savastio said: "I just don't understand why no one called 9-1-1.”

"Although my son’s alcohol level was extremely high, had he gotten help he would have had a chance to survive.”

“But by leaving him under my mother's tree they left him with no chances. Kids need to wake up and realize that it is not OK to leave someone to die."

This young man was my nephew, Liam McGlinchey. He's seen here with his mom, my sister, Helen. Liam died suddenly this...

During the New York trial of Samuel Heroux, 21, and Isaiah DePiazza, 19, the court heard that not only did the two men fail to assist the severely intoxicated McGlinchey, they humiliated him by urinating on him and filming it for social media.

Prior to the sentencing, McGlinchey’s mother held up a picture of her deceased son in court, saying: “This is my son, and I want you to remember him for the rest of your life.”

“That’s Liam, the person you left under a tree to die.”

In a video played in the courtroom, Liam’s sister Charlotte said: “There was more to this incident than purely walking away. Your actions were vile, despicable, thoughtless, and heartless.”

Last year, Charlotte shared a video in tribute to her older brother:

On August 8, Heroux was sentenced to six months in jail and five years post-release probation, while  DePiazza was sentenced to one to three years in prison. The two men had pled guilty to criminally negligent homicide.

During his sentencing, presiding Judge John Murphy said to Heroux: "Dumping Liam and urinating on him and filming the urination, seeing foam from dying Liam's mouth — instead of doing something, you leave.”

"A 911 call, a knock on the door, a drop at the hospital, a call for help would have saved his life.”

"The failure to act and care about anyone but yourself, the apathy and disregard for another person's life is your pattern of behavior."