IrishCentral takes a look at the highlights of their first day in Ireland. 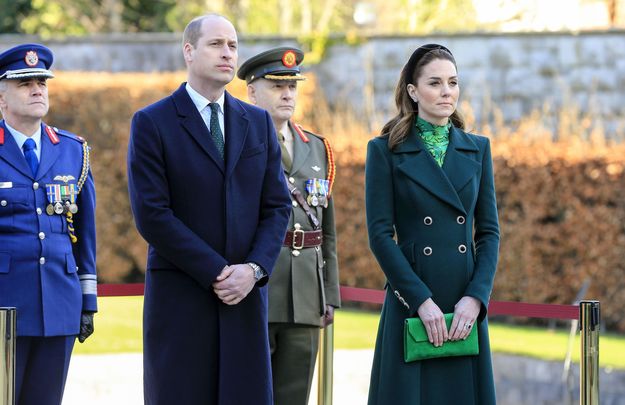 Prince William and Kate Middleton at the Garden of Remembrance in Dublin. RollingNews

As Prince William and Kate Middleton, the Duke and Duchess of Cambridge, embark on the second day of their three-day visit to Ireland we take a look at the highlights of their first day in Ireland.

While their first day in Ireland was largely of a diplomatic nature, day two will be more relaxed and include meetings in Dublin, Kildare and Meath later, before they depart for Galway.

William and Kate will visit mental health charity Jigsaw in Temple Bar, a youth program called Extern in Prosperous in Kildare, The Howth Marine Institute, and the Teagasc Animal and Grassland Research and Innovation Centre in Grange, Meath.

The British Royals will also visit the Museum of Literature Ireland on St. Stephen's Green, which draws its inspiration from James Joyce. The royal couple will then depart for Galway to visit the city center and a local GAA club on Thursday. 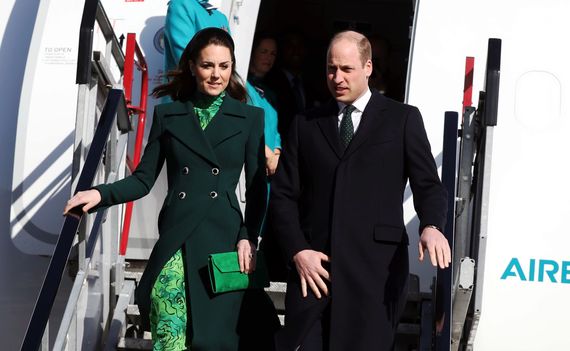 The Duchess and Duke of Cambridge, Kate Middleton and Prince William arrive in Ireland.

The Royal couple arrived on Tuesday afternoon and traveled to President Michael D. Higgins's residence, the Áras an Uachtaráin, where they signed the Distinguished Visitors' Book and had a bilateral meeting with Ireland's leader, behind closed doors. 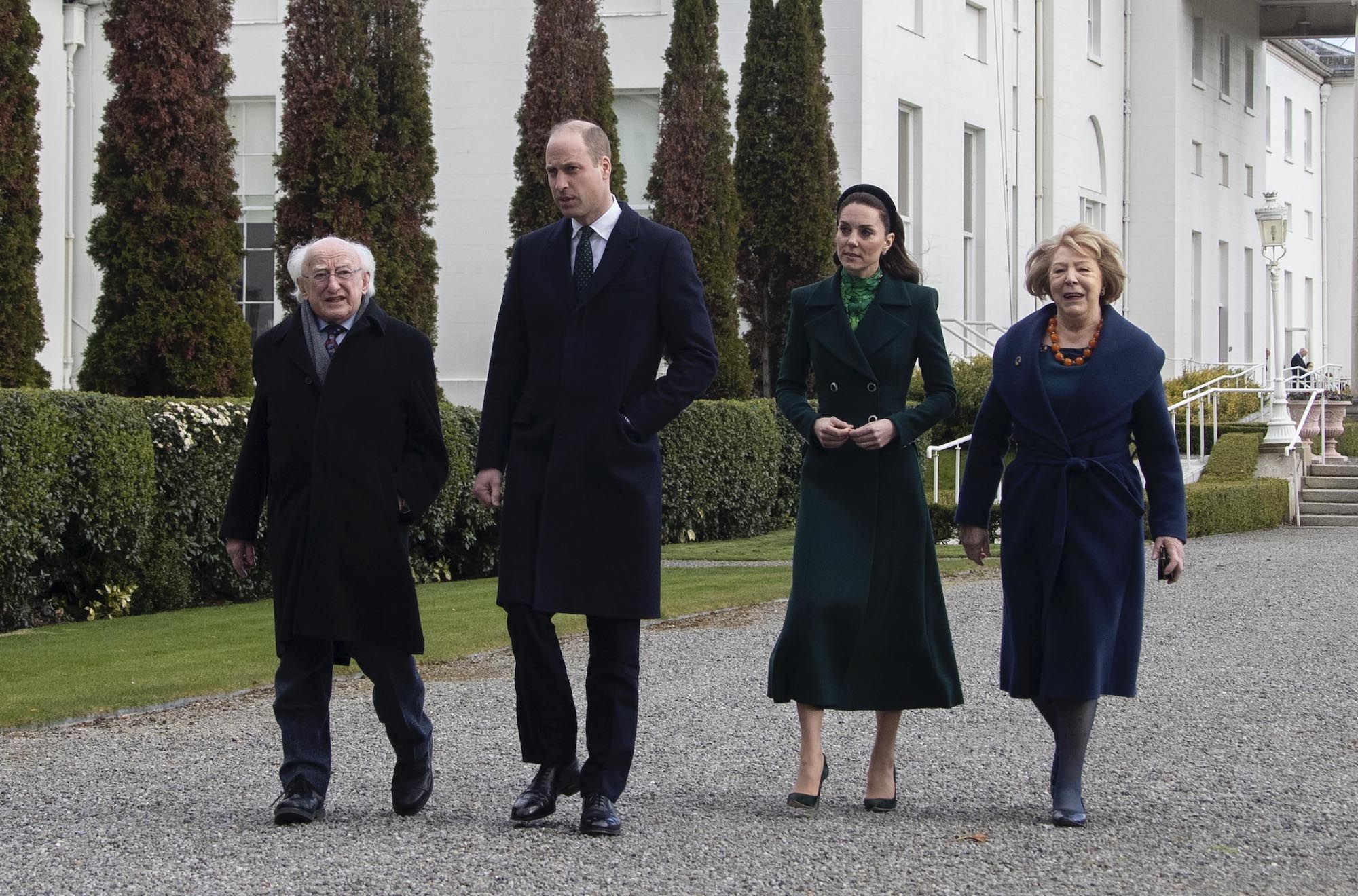 They then enjoyed afternoon tea before visiting the Peace Bell on the grounds of the President's residence. William and Kate rang the bell which was unveiled in 2018, to mark the 10th anniversary of the Northern Ireland Peace Process. 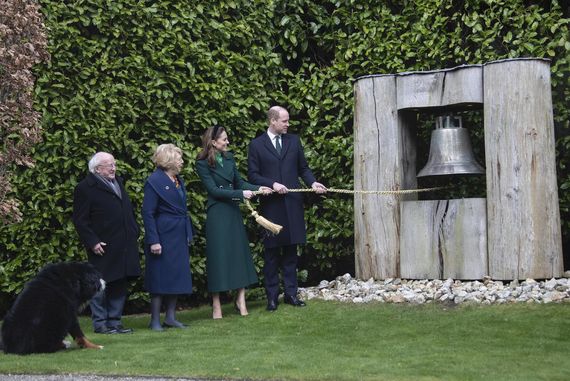 Prince William and Kate ring the Peace Bell in the grounds of the Aras. 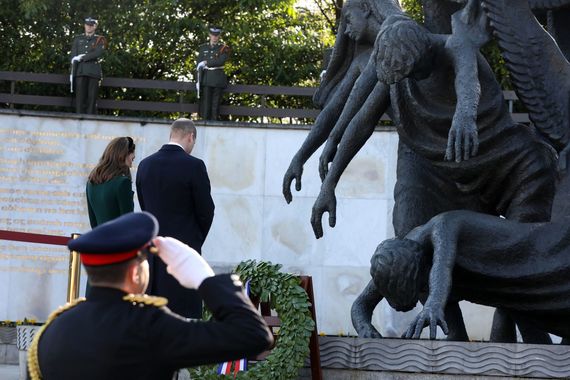 Kate and William lay a wreath at the Garden of Remembrance.

The couple laid a wreath with the note:

"May we never forget the lessons of history as we continue to build a brighter future together." 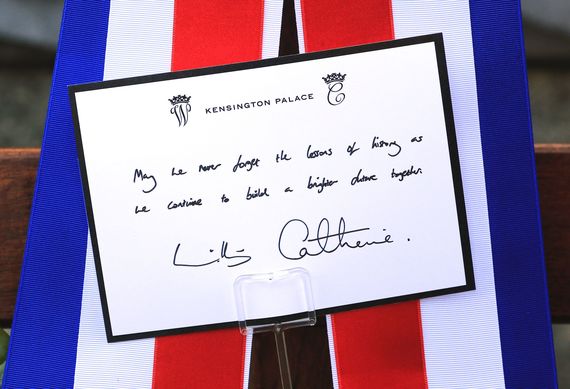 "May we never forget the lessons of history as we continue to build a brighter future together."

William and Kate then traveled to the Government Buildings where they met with Acting-Taoiseach (Prime Minister) Leo Varadkar and his partner, Matt Barrett. 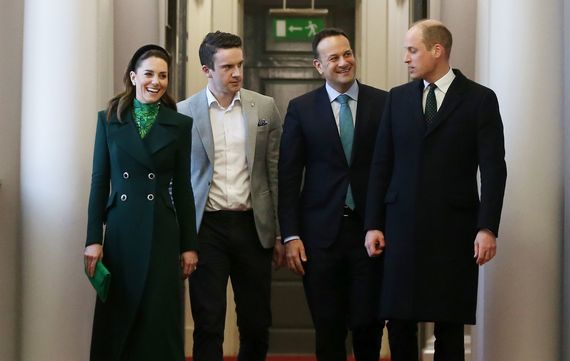 They signed the visitor's book and attended a meeting with Varadkar. RTE reports that a great deal of the conversation was about Wales and the Welsh language, and how Ireland could learn from their neighbors about reviving the Irish language. They also discussed relations between Ireland and Britain, North-South relations, mental health, online bullying, rugby and the couple's upcoming visit to Galway.

The Royal couple's first day in Ireland ended with a reception at the Guinness Storehouse. 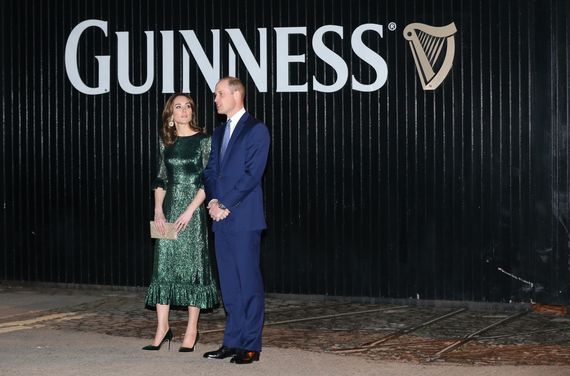 Kate and William at the iconic Guinness Gates at Guinness Storehouse.

William spoke to the crowd gathered saying how much they both relished visiting.

"Ireland is a country that we have both heard so much about so we are really excited to be here to see it first-hand for ourselves,” The Duke said.

“In coming to the Guinness Store House, we are retracing the footsteps of my grandmother, who was how to pour the perfect pint here in 2011.

“Now, ladies and gentlemen, let me tell you that it is not often that I find myself following the queen to a pub but I am looking forward to testing for myself the theory that Guinness tastes better in Ireland than overseas.”

This three-day visit is part of a diplomatic effort to highlight the many ties between the United Kingdom and Ireland. It is also significant as theirs is the first trip to Ireland since Brexit. Kensington Palace has described the trip as an opportunity to build a lasting friendship with the Irish people.