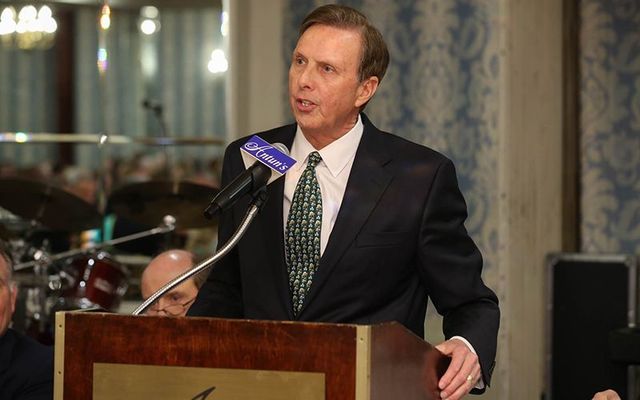 The lawsuit brought by John Dunleavy, the former chairman of the New York City St. Patrick’s Day Parade, against the parade in 2015 is still wending it way through Bronx Supreme Court, but Justice Robert Johnson last week denied motions by Dunleavy to seek monetary damages against John Lahey, the former president of Quinnipiac University who succeeded Dunleavy as chairman, and Frank Comerford, a former board member and executive at NBC, the television network that airs the parade live every year.

Dunleavy had alleged that Lahey and Comerford conspired to keep the TV broadcast of the parade at local affiliate WNBC in order for their own financial gain, a claim that Johnson dismissed.

What’s left of the case at this point, five years and thousands of dollars in legal fees later, is a claim by Dunleavy that the June 30, 2015 meeting which removed him as chairman by a vote of the board of directors was illegally called, and a counter-claim by the parade which seeks Dunleavy to pay unauthorized expenses he charged to the parade during his time as chairman.

With regard to Lahey, who resigned his chairmanship of the board in 2018, and Comerford, who left the board last year, Dunleavy charged that they were engaged in “self-dealing in advocating that the parade organization continue its broadcast relationship with NBC, and not consider a competing broadcast proposal from WPIX.”

In his decision, Johnson wrote, “Plaintiff (Dunleavy) has never specified, nor provided any proof…as to any self-dealing on the part of either individual defendant…there is no indication that (Comerford) gained anything personally…likewise, while defendant Lahey was president of Quinnipiac University, there is no indication that he or his school gained any benefit because of the decision to continue to have the parade broadcast by NBC.”

With regard to the expenses Dunleavy charged to the parade during his time as chairman, he claims he received a “yearly stipend and that the personal expenses would be encompassed within that money; that there was no preapproval process in place so that it was unnecessary for him to seek such approval; and that in any case, he has reimbursed the parade organization for certain personal medical expenses, and that the trips he took, primarily to the Washington, D.C. area, were for the benefit of the parade,” Johnson wrote.

He added, “A determination as to whether any or all of these expenses constitute a misappropriation of funds will ultimately turn on the credibility of the plaintiff, the defendants, and other witnesses, and therefore precludes the granting of summary judgment.”