John Hume's funeral will be held in Derry today amid coronavirus restrictions. 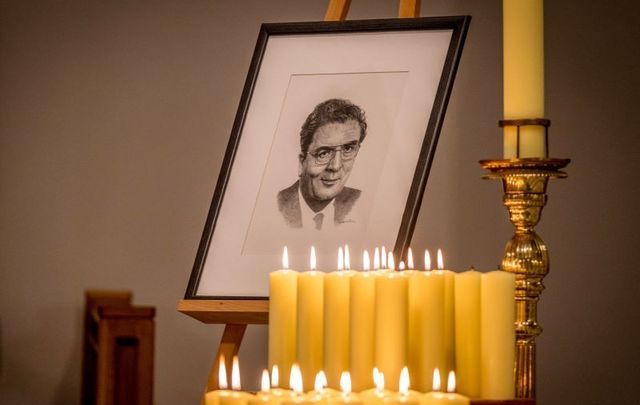 August 4, 2020: A Portrait of John Hume surrounded by candels lit by members of his family and colleagues RollingNews.ie

John Hume will be laid to rest in Derry today, August 5

You can watch the funeral processions here, courtesy of Irish broadcaster RTE:

The stream is also being provided by Church Services TV and Church Media.

Only about 100 people will be attending the services at Saint Eugene’s Cathedral today, at the request of John’s wife Pat in order to observe the current coronavirus restrictions. RTE reports that Hume’s son Aidan will not be traveling from the US to attend his father’s funeral, but a poem penned by Aidan will be read today instead. John Hume, Jr will address the congregation.

The remains of John Hume have arrived at St Eugene's Cathedral in Derry for his removal tonight. The funeral Mass for the former SDLP leader and Nobel Peace Laureate takes place tomorrow morning | https://t.co/Nre82f5zku pic.twitter.com/OzMmr8ajMF

Ahead of the transport, Hume’s family asked mourners to light a candle in their homes and pray for peace rather than lining the roads to observe the cortege in a bid to observe public health measures.