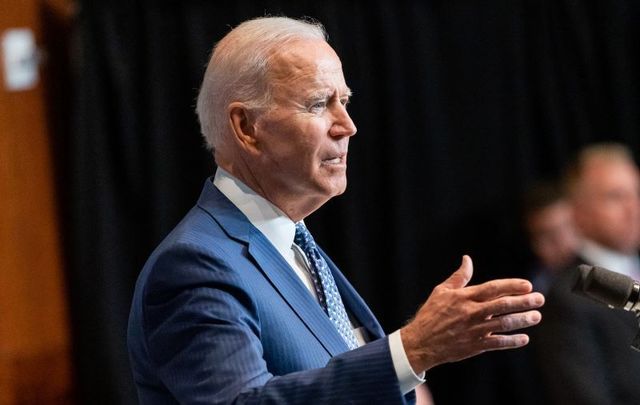 A genealogist has revealed to Politico that same of President Joe Biden's ancestors on his father's side "enslaved people."

The revelation comes as part of a piece entitled “How Joe Biden Became Irish,” which cites Joe Biden’s 1987 interview with Niall O'Dowd, the founder of IrishCentral, for Irish America Magazine.

Politico alleges that Biden's slave-owner ancestry led the politician “to avoid calling too much attention to his paternal ancestry,” and instead “emphasize” is his Irish Catholic identity.

After Biden’s election last November, genealogist Alexander Bannerman, along with Gary Boyd Roberts, an expert in presidential lineages, authored an article on Biden's ancestry entitled "An Ancestor Table, as Currently Known, of President Joseph Robinette Biden, Jr." for the Winter 2021 issue of American Ancestors, a publication of the New England Historic Genealogical Society, a widely cited authority in the field of ancestry, according to Politico.

“Another 3rd-great-grandfather, Thomas Randle, enslaved a 14-year-old male in the 1st District of Baltimore County, Maryland, in 1850, he said, citing census records and slave schedules, which were separate headcounts of slaves conducted alongside the census in 1850 and 1860.

“In 1860, census records show that Randle and his family had moved to Baltimore County’s 13th District, Bannerman said, and an 1860 slave schedule for the 13th District again shows Randle enslaving a single man. (The spelling of Randle varies in some records, as is common for that period, and the spelling of Robinette, which is Biden’s middle name, has changed over time).”

Politico adds: “The genealogy and accompanying article that Bannerman and Roberts produced do not make note of these ancestral ties to slavery. Bannerman explained it is common for Americans with colonial-era roots on the continent to have ancestors who enslaved people."

It adds: “For a person with colonial ancestry, Bannerman said, Biden’s ties to slavery were relatively modest. ‘Not a lot of ancestors, and not a lot of slaves,’ he said.”

A White House spokesperson did not respond to Politico’s request for comment.

Biden had previously commissioned a complete genealogy through the now deceased Utah-based genealogist James Petty, but those findings were never published publicly.

They presented their findings, which showed his links to the Blewitts in Co Mayo and the Finnegans in Co Louth, to Biden during his June 2016 visit.

Upon receiving the findings, Biden said: "Stories get passed down in families, & tales can be changed as they're passed on... What these ladies have shown me is how accurate my mother's, uncles and grandfather's stories were. I've waited my whole life for this."