James McKeown's labeling of Prince Philip as a "racist" falls out of line with Sinn Féin's public condolences on the passing of the royal family member. 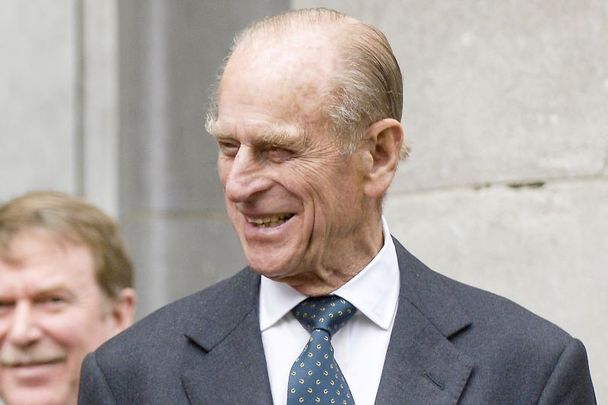 April 26, 2006: Prince Phillip, The Duke of Edinburgh, at the National Concert Hall in Dublin after they jointly presenting with President Mary McAleese 91 Gaisce Gold Awards to 91 young adults. RollingNews.ie

James McKeown, a Sinn Féin councillor for Mid and East Antrim council, has faced some criticism for a “disgusting” Facebook post in the wake of Prince Philip’s death on April 9.

In an initially public Facebook post, McKeown said "one less racist" with a smiley face emoji in the wake of Prince Philip's death on April 9.

While McKeown's Facebook post has since been deleted or made private, DUP MP Sammy Wilson on April 12 shared screenshots of the post he described as "quite disgusting."

Wilson added, "The respect agenda evaporating by the day."

Quite disgusting comments from @sinnfeinireland councillor James McKeown following the death of HRH The Prince Philip, Duke of Edinburgh.

The respect agenda evaporating by the day. Will action be taken? pic.twitter.com/9eFLMxXXew

McKeown's public Facebook post fell out of line with public statements made by other senior members of Sinn Féin.

Mary Lou McDonald, the president of Sinn Féin, extended her condolences to Queen Elizabeth on the passing of her husband, as well as her sympathies to those of British identity:

Sincere condolences to Queen Elizabeth and family on the death of her husband Prince Phillip. Sympathies to those of a British identity on our island, for whom his death will be felt as a great loss. Ar dheis De go raibh a anam dilis.

Maskey said: "From all of the accounts and tributes that have been paid over the weekend from across the globe, it is clear that the Duke of Edinburgh was a significant historic figure, not just within the UK itself, but internationally.

"It is true that throughout the 99 years of his life, we have all been on such a journey of change and tumult, challenges and opportunity, both domestically within these islands, and globally."

He continued: "At this time, we remember that a family has lost a husband, a father, a grandfather, and a great-grandfather. In particular, none of us can appreciate the sense of loss that there must be after 73 years of marriage, love and steadfast support through an extraordinary life - there can be no truer example of the term 'life partner.'

"Therefore, on behalf of this Assembly, I express our sincere condolences to Queen Elizabeth and the wider royal family, and I hope they can take comfort from the warmth of the reaction since the news of his royal highness, Prince Philip, the Duke of Edinburgh's passing. Go bhfanfaidh sé i suaimhneas, may he rest in peace."

Noting the recent 23rd anniversary of the Good Friday Agreement, O'Neill said: "I acknowledge that the Queen and Prince Philip and their family were directly impacted by the conflict, and regrettably, endured sorrow and pain as a result of their personal loss and their bereavement."

She continued: "Yet, having endured such personal loss, the royal family has set about working towards the advancement of peace and reconciliation, and I have been witness to these efforts and their example of leadership myself in recent years."

You can watch the Northern Ireland Assembly's tributes to Prince Philip here: