In the wake of the passing of Prince Philip on April 9, politicians across the island of Ireland have offered their condolences.

April 26, 2006: Prince Phillip, The Duke of Edinburgh, at the National Concert Hall in Dublin after they jointly presenting with President Mary McAleese 91 Gaisce Gold Awards to 91 young adults. RollingNews.ie

Buckingham Palace confirmed on April 9 that 99-year-old Prince Philip, the Duke of Edinburgh, passed away at Windsor Castle earlier that morning.

Prince Philip was married to Queen Elizabeth II for more than 70 years and he was the longest-serving consort in British history. In 2011, he accompanied the Queen on her historic visit to Ireland, the first by a British monarch since Ireland won its independence from Britain. 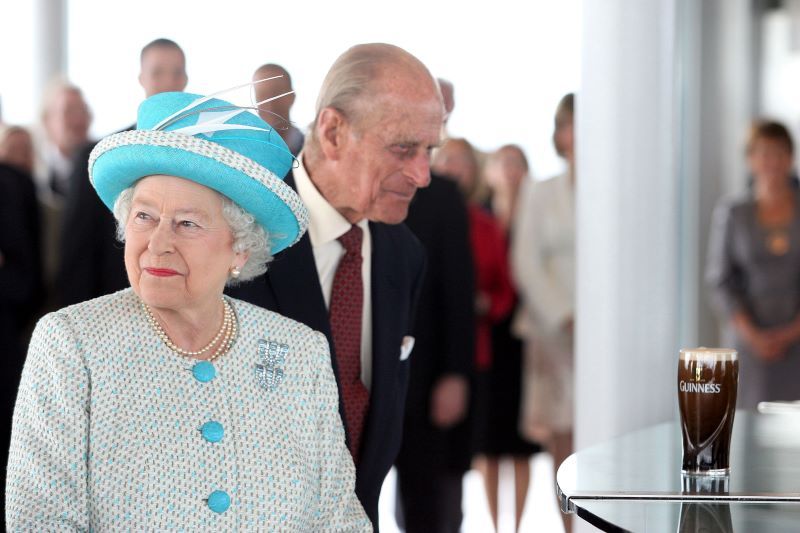 In the wake of Prince Philip's passing, condolences were offered from some of Ireland's and Northern Ireland's leading politicians.

Michael D. Higgins, the President of Ireland, said in part: "I recall with a special appreciation how welcome he made Sabina and I feel in 2014, when I was making the first State Visit by an Irish Head of State to the United Kingdom in 2014.

"My hope is that these visits in 2011 and 2014, which he shared, will continue to be symbols of what we share as neighbours in friendship, peace and a sustainable future. "

"For over sixty years, and as husband to Britain’s longest serving monarch, Prince Philip served the British people with an unfailing commitment and devotion to duty."

Statement from President Higgins on the death of Prince Philip: https://t.co/KpvzZQvQUr pic.twitter.com/seVHNMRD3N

Micheál Martin, the Taoiseach of Ireland, said his thoughts and prayers are now with Queen Elizabeth and the people of the UK. He said in a separate statement that "Ireland remembers the great success of the State Visit to Ireland in 2011 by Queen Elizabeth and Prince Philip, a historic and important occasion which was a key moment in our bilateral relations."

Saddened to hear of the death of HRH Prince Philip, Duke of Edinburgh.
Our thoughts and prayers are with Queen Elizabeth and the people of the United Kingdom at this time.

Mary Lou McDonald, the President of Sinn Féin, currently the opposition party in Irish government, offered her sympathies "to those of a British identity on our island:"

Sincere condolences to Queen Elizabeth and family on the death of her husband Prince Philip. Sympathies to those of a British identity on our island, for whom his death will be felt as a great loss. Ar dheis De go raibh a anam dilis.

I want to express sincere condolences to all British people on the sad passing of His Royal Highness Prince Philip, Duke of Edinburgh. Our thoughts and solidarity are with you on a very sad day for the United Kingdom.

Adrian O’Neill, Ireland's Ambassador to the UK, paid "tribute to the valuable contribution that Prince Philip made" between Ireland and Britain:

A very sad day for HM Queen Elizabeth, the Royal Family and the people of the UK. On behalf of the people of Ireland President Higgins extends condolences and pays tribute to the valuable contribution that Prince Philip made to neighbourly relations between Ireland and Britain. https://t.co/r47H5aGRch

Arlene Foster, the First Minister of Northern Ireland and the President of the Democratic Unionist Party (DUP), shared a video in which she said that the Duke "had a strong interest in Northern Ireland" and made special mention of the "inspirational" Duke of Edinburgh Awards:

As First Minister of Northern Ireland and Democratic Unionist Party Leader, I offer my deepest sympathies to Her Majesty The Queen and to all members of the Royal Family at this sad time. pic.twitter.com/5k5bqRtPzq

Michelle O'Neill, the Deputy First Minister of Northern Ireland and the Vice President of Sinn Féin, extended her condolences:

As Deputy First Minister I wish to extend my sincere condolences to Queen Elizabeth and her family on the death of her husband Prince Philip.

I join the rest of the nation in mourning the passing of HRH The Duke of Edinburgh, a truly dedicated public servant. pic.twitter.com/qEzzPKvjaP

Alex Maskey MLA, the Speaker of the Northern Ireland Assembly, said in part that he was "very sorry" to learn of the passing of Prince Philip and that he will be working with the Assembly Commission and Party Whips to put arrangements in place for the formal expression of condolences: