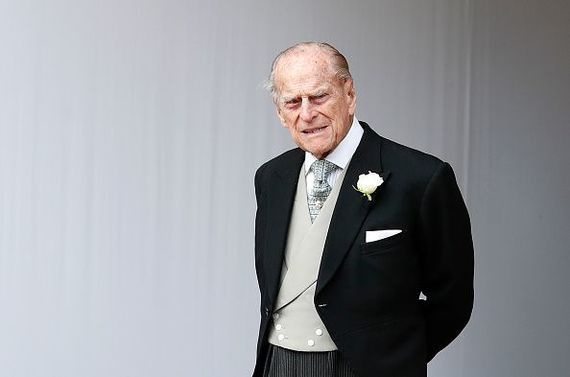 The Royal Family has announced that Prince Philip, the Duke of Edinburgh, has died at the age of 99.

A statement from Buckingham Palace confirmed that Prince Philip died peacefully at Windsor Castle in the early hours of Friday morning.

"It is with deep sorrow that Her Majesty The Queen has announced the death of her beloved husband, His Royal Highness The Prince Philip, Duke of Edinburgh," the statement said.

"His Royal Highness passed away peacefully this morning at Windsor Castle."

It is with deep sorrow that Her Majesty The Queen has announced the death of her beloved husband, His Royal Highness The Prince Philip, Duke of Edinburgh.

His Royal Highness passed away peacefully this morning at Windsor Castle. pic.twitter.com/XOIDQqlFPn

Prince Philip was married to Queen Elizabeth II for more than 70 years and he was the longest-serving consort in British history.

The Duke of Edinburgh spent a month in hospital earlier this year where he received care for an infection before undergoing heart surgery for a pre-existing condition. He returned to Windsor Castle on March 16 to be with the Queen after his longest-ever stay in hospital.

Prince Philip officially retired from public engagements in 2017 at the age of 96, but he dedicated decades of his life to royal service and was seen at the Queen's side during state occasions and royal visits.

He accompanied the Queen on a historic visit to Ireland in 2011 - the first by a British monarch since Ireland won its independence from Britain.

No official details regarding his funeral have been released, but the Queen is expected to sign off on plans in the coming days. It is understood that he will be given a royal ceremonial funeral in keeping with his own wishes rather than a state funeral.

Prince Philip, who was born Prince Philip of Greece and Denmark on the Greek island of Corfu in 1921, saw active service during the Second World War as a cadet in the Royal Navy.

He renounced his Greek and Danish royal titles in 1947 ahead of his marriage to Princess Elizabeth in the biggest state occasion in Britain since the end of the Second World War.

The Queen has described Prince Philip as her "constant strength and stay" and the couple have had four children together - Charles, Anne, Andrew, and Edward.

Prince Philip's uncle Lord Louis Mountbatten was assassinated by the IRA off the coast of Sligo in 1979 and the Duke of Edinburgh revealed in a private letter that he hoped the public reaction to the murder would help bring peace in Northern Ireland.