Four victims of the Catholic order's teacher, now in their 50s, waived their anonymity so that their abuser could be named. 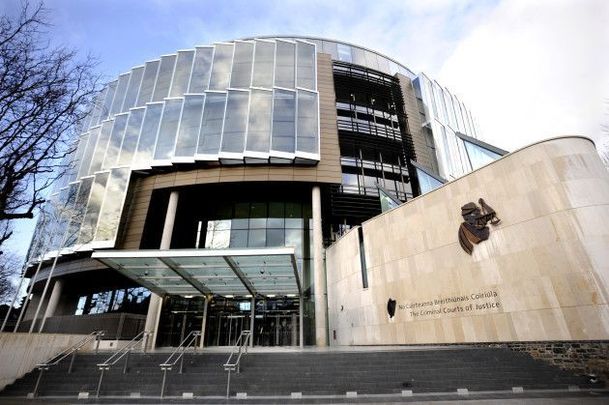 A former Christian Brother, Jack Manning (85), has been jailed for three years for the sexual assault of young boys in his class. He pleaded guilty to nine counts of indecently assaulting his pupils, aged six to eight years old, at Westland Row CBS, Dublin 2, in the early 1970s.

Manning, with an address in Donnybrook, left the Christian Brothers order in 1977. During the early 1970s, he took young boys to the front of his class and put his hands down their trousers, sexually assaulting them. Most of the offenses took place, during the school term, from Sept 1972 to June 1973. One of the boys was abused in June 1975. At the time Manning had charge of a class of 35 boys, Breaking News reports.

Four men, aged in their fifties, waived their right to anonymity so that Manning could be identified to the public. They gave their victim impact statements during the sentencing hearing,  at Dublin Circuit Criminal Court on Monday.

“It would start by him calling you up to the desk,” one of his victims, Kieran Best, said in his statement.

Best said Manning would call him to the front of the class and “interfere” with him as he read. He said this would happen as often as once or twice a week when he was between the ages of seven and eight.

He told the police “He put his arm around my waist, opened the button in my trousers and touched my penis, testicles and rectum.”

His lawyer, Antonia Boyle, told the court "At the time he had no idea what was happening... But he does remember him [Manning] smelling his hand afterwards.”

Best also recalls Manning overseeing a group of boys running “fully naked” at the school. He then helped the boys dress and toweled them off.

Anthony Doherty (56), then aged seven, was exposed to Manning's abuse when the Christian Brother was supervising another class, as well as his own.

Doherty also remembers Manning, on six or seven occasions during the school year, calling him to the front of the class, unzipping his trousers and putting his hand down them.

In his victim impact state Doherty said: “Brother Manning while I was in his class sexually assaulted me and touched me without my permission and I did not want him to do it.

“I was a terrified young boy at the time - I could not tell my mother out of fear of the Catholic Church and the Christian Brothers. He was very aggressive to all the boys.

“These were the very order who were formed to protect young children instead they ran an SS military school and abused everything in their wake.

“The memories of what Brother Manning did to me live with me every day and this has been a nightmare for 40 years.

“We had a hellish experience in Westland Row as an abused pupil sexually and physically assaulted by the Christian Brothers.”

Boyle said her client "was a terrified young boy and felt he could not tell his mother out of fear of the Catholic Church and fear of the Christian Brothers."

Thomas O’Callaghan, the next victim, had only been in Manning's class for one year. However, he remembers this abuse happening several times per week.

He told the police "I distinctly remember him pushing his finger inside me.

"Sometimes there’d be slagging from other boys, asking: ‘Did you get a bummer?’”

Daniel Lynch told the court he remembers standing to say the "Our Father" prayer and feeling Manning groping his buttocks as he passed.

He also remembers being abused in Manning's class.

Boyle said "This went on for the whole term. Not every day but some days.

“Even though he was only seven years old he knew it was wrong. [His family] made a complaint to the school but even after the complaint the abuse continued.”

Lynch also told the police that Manning would stand at the children's open-air urinals. Boyle told the court that Lynch was so fearful that "he would not go and was soiling himself out of fear.”

Even after Lynch had left Manning's class, he was abused again by the Christian Brother when he came to supervise his class.

In court, Maurice Coffey, Manning's defense lawyer said "Mr Manning accepts all the facts as alleged, though he may not remember it. He accepts them, and perhaps that’s some comfort.”

Coffey noted, along with several current health issues that Manning " previously drank alcohol to excess, noted as ‘chronic alcohol abuse’ perhaps in and around the time of these offenses."

A doctor's letter described Manning as "extremely frail with multiple medical conditions". The medical expert added that they did not "believe he can realistically survive in a prison environment”.

His lawyer explained that Manning had joined the Christian Brothers in 1950, at the age of 14. He had started teaching just four years later.  He left the order in 1977 and married a month later.

Judge Martin Nolan said, "This court over the years has dealt with many of these cases – but this is a particularly bad one."

He continued “What Mr. Manning did was morally reprehensible. He was a teacher who had care of young boys... it is difficult to imagine a greater breach of trust.”

“What to do – that is the question. The doctor at least feels this man cannot survive a term of imprisonment. This court is aware that the prison authority, as part of their job, deals with very very old inmates. Mr. Manning certainly deserves a prison term... by reason of what he did in the early ‘70s,” Judge Nolan said.

Speaking to the Sun newspaper, one of the victims Anthony Doherty spoke of his relief that justice had been delivered almost 50 years later.

He said "We have all been vindicated but the trauma of what that animal did to innocent children will always be with us. He deserves to rot in that prison cell.

“There is a great sense of relief justice has finally prevailed and some of the anger that I had all those years ago has now also been lifted.

He continues "Manning was a cold and calculated sexual predator who preyed on innocent children. He used the protection of the Catholic Church and authority to abuse us.

“He gave a letter of apology to the court but it means nothing to me - the apology is only a word to him. He should have been protecting us but he was using this to prey on children.

“He was a monster figure but now justice has finally caught up with him and he deserves to go to prison because of what he did to us.”

He told the Sun he believes that there are other victims of Mannings that have yet to come forward.

He said "I hope and pray that he stays in prison for enough time to allow other victims to come forward. Our result [on Monday] was also a victory for them."