The PSNI confirmed that two children were taken to hospital on Tuesday evening after what is understood to have been a domestic stabbing incident. 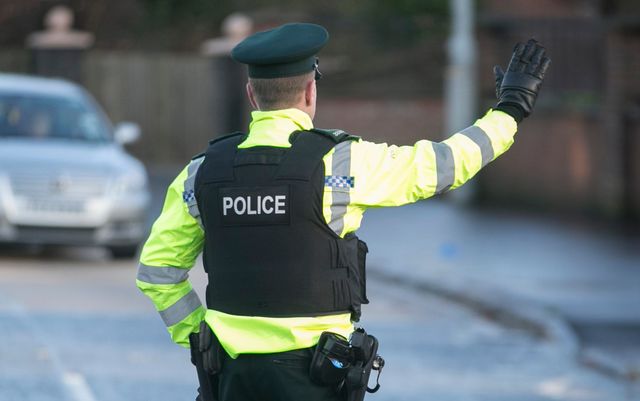 The PSNI has launched a murder investigation following the death of a child in Ardoyne in Northern Ireland on July 27. Lottolads / CC

Police in Northern Ireland have arrested a woman in connection with the murder of a child in the Ardoyne area of North Belfast on Tuesday evening.

The PSNI confirmed that two children were taken to hospital on Tuesday evening after what is understood to have been a domestic stabbing incident. They later confirmed that one child has died, while the other child is being treated for injuries in hospital.

“Police have commenced a murder investigation following the death of a child in the Brompton Park area of North Belfast this evening (Tuesday, 27 July) and made one arrest in relation to this," PSNI said in a statement on Tuesday night.

“The investigation is at an early stage and further information will be provided in due course.”

“NIAS despatched a rapid response paramedic and two emergency crews to the scene,” the spokesperson said.

“Following assessment and initial treatment, two patients were taken to hospital in Belfast.”

Several politicians have offered their sympathies upon the child's death and urged people not to speculate as to what happened as the PSNI conducts their investigation.

Colum Eastwood, the leader of the Social Democratic and Labour Party (SDLP) in Northern Ireland, said everyone's thoughts are with Ardoyne tonight:

I've never met a stronger community than the people of Ardoyne. We're all thinking of you tonight.

The North Belfast branch of the SDLP said its thoughts are with the Ardoyne community:

We are aware that the PSNI are attending a major incident scene at Brompton Park.

Our thoughts are with the Ardoyne community at this time.

We ask please for no speculation at this time, as it can be unhelpful and upsetting. @NicholaMallon @Paul_Mc_Cusker

Terrible sad and tragic news tonight in Ardoyne involving a mother and two children. Police are continuing their investigations of what happened tonight in Brompton Park. We now need to give them time to do this and think about the wider family. pic.twitter.com/plgnh0j1gu

North Belfast Sinn Féin MP John Finucane appealed for "everyone to be mindful" about posting or sharing information:

Police have now confirmed a murder investigation into tonight’s tragic incident in Ardoyne with one person arrested.

Our thoughts are with all those involved.

I again appeal to everyone to be mindful & not to post or share anything which would add further distress.

Doug Beattie, the head of the Ulster Unionist Party, said his prayers are with the family:

Thinking of everyone in the Ardoyne community tonight. My prayers are with the family & all those affected. 😔