South Carolina Law Enforcement has released the 911 audio made by a prominent US lawyer, after he found his son and wife shot dead in an unexplained murder. 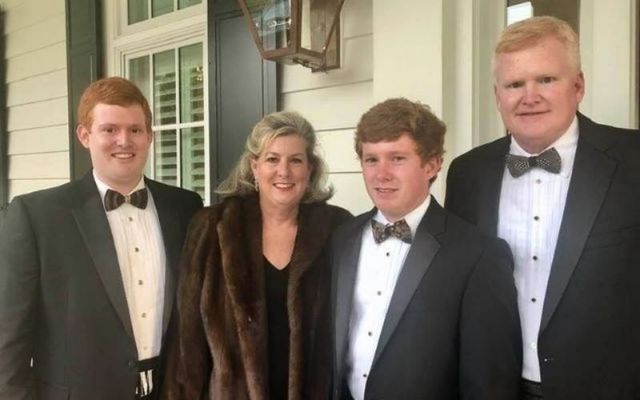 Paul and Maggie Mardaugh (center) were shot dead at their Islandton home on June 7. Facebook

Audio of the 911 call made by Alex Murdaugh, a prominent attorney in South Carolina who found both his son and wife shot dead in unexplained murder, has been released.

Paul Murdaugh, 22, and his mother, 52-year-old Maggie Murdaugh, were found shot to death on the family's Colleton County estate in South Carolina last month the evening of June 7.

The bodies were found by Alex Mardaugh - the husband and father of Maggie and Paul, who told authorities that he was not home at the time of the murders.

This week investigators with the South Carolina Law Enforcement Division (SLED) released the 911 call and redacted call log after coming under increasing pressure to make records relating to the high-profile murders public.

In the call made at 10:07 p.m. on June 7, Alex Murdaugh is heard frantically telling dispatchers, “I need the police and an ambulance immediately,” “My wife and child were just shot badly.”

The dispatcher tells him not to touch the bodies. Murdaugh responded that he had already touched them to see if they were breathing. Eighteen minutes later, at 10:25 p.m., first responders arrived at the scene.

The Murdaughs is one of the most powerful legal families in South Carolina, with a member of the family serving as the top prosecutor in the state's Lowcountry for 87 years straight until 2005.

It is thought that Paul was the target shooting and that his mother was caught in the crossfire, according to local South Carolina publication The Island Packet.

A week after the murder, two of Alex Murdaugh's brothers appeared on “Good Morning America” calling for the public’s help in finding the killer.

They said that their nephew Paul had been getting threatening messages since being charged in the boat accident.