The Ulster Covenant - Why Ireland was partitioned 108 years ago

The Ulster Covenant was signed 108 years ago this week, creating the foundation stone for the partition of Ireland. We live with the consequences of it to this day. 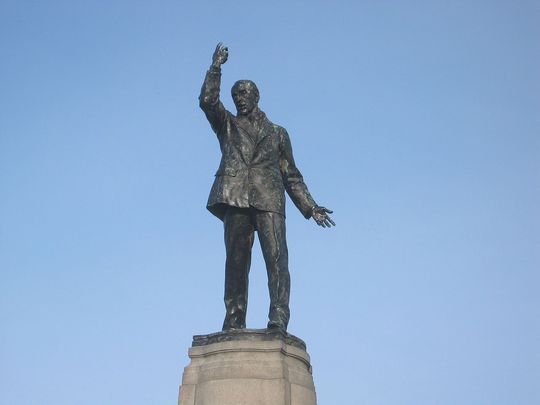 Close to 500,000 Unionists signed a covenant, some with their blood, which specifically noted that they would block a Home Rule Parliament in Ireland by “any means necessary,” which is exactly what they did.

Unionists were literally up in arms. The general election in Britain of 1910 had returned a tiny majority for the Liberals under Herbert Asquith. He could only pass vital legislation with the help of the Irish Parliamentary Party led by John Redmond.

Redmond had long been waiting for such an opportunity, and he demanded a third Home Rule Bill as the price for his parliamentary support. Asquith agreed.

Redmond was ecstatic.  "If I may say so reverently," he told the House of Commons, "I personally thank God that I have lived to see this day."

The bill could no longer be vetoed by the House of Lords which had been its fate twice before.

In the modern-day sense, the 1910 Home Rule bill looks like Scottish devolution which gave Scotland its own parliament in 1999, though key decisions still lay with London.

Asquith and his cabinet colleague Winston Churchill believed retaining the king, the legal system, and the military in Ireland would be enough to satisfy unionism.

Churchill went to Belfast to urge acceptance. Instead, he encountered the full fury of unionism when his car was attacked and he was forced to change the venue of his speech to Celtic Park, a local nationalist playing field where he assured a cheering crowd that a Home Rule bill was imminent.

He had reckoned without the flinty opposition of hardline unionists led by James Craig, a self-made whiskey millionaire who violently disliked Catholics and who cheered pogroms against them in the shipyards.   His stated aim was a “Protestant parliament for a Protestant people.”

Craig knew he had little charisma and sought out the brightest star in unionism, the Dublin-born attorney Edward Carson, who had won a massive reputation as a legal genius as well as being a hardcore Ulster defender.  Carson had helped prosecute Oscar Wilde who was once a college mate, and Wilde remarked he had prosecuted him with “the bitterness of an old friend.”

In private Carson was a complete hypochondriac, constantly imagining medical problems, but in public, he was a commanding figure who took on the issue of Home Rule with relish.

In September 1912 Craig came up with the idea of the covenant to show the depth of hostility against Home Rule in Ulster.  Carson was first to sign and made it clear that if violence became necessary he had no problem with it.

The UVF struck a deal with the German government and the Kaiser for the delivery of 25,000 guns from Germany. It was a treasonous act that went unpunished.

Seeing this, down in Dublin, the nationalist Irish Volunteers realized they had to arm themselves with Patrick Pearse noting that, "The only thing more ridiculous than a Ulsterman with a rifle is a nationalist without one."

Soon they were armed too, making conflict inevitable and peacefully negotiated implementation of the Home Rule bill impossible. It would be insurrection, not parliamentary politics that would prevail from then on.

The Ulster Covenant was the match that lit that fire 108 years ago this week.