Fearing for America, one party a cult the other a home for old folk

Amazingly, it is less than 100 days to the American midterm elections, a vote that will prove to be a critical moment for the United States. 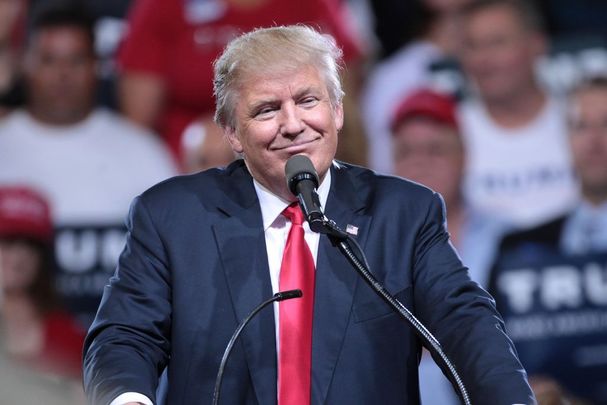 Amazingly, it is less than 100 days to the American midterm elections, a vote that will prove to be a critical moment for the United States.

Put simply, if Republicans retain both the House and Senate it will greatly embolden President Trump to continue on his ruinous path of dividing America from its allies and dividing the country in a way unseen since Civil War days.

Every demagogue needs two things -- useful idiots, and someone to blame for the perceived problems the country faces.

The useful idiots in this case have been the leaders of the GOP who have stood idly by as Trump sold himself to the Russians for God knows what price, demolished any semblance of outreach to the middle, rewarded the rich (his latest plan is to award them a further $100 billion in tax cuts), demonized the poor and praised neo-Nazis.

Trump has blamed the country’s ills on illegal immigration, torn families forcibly apart, insisted on his ludicrous wall and has it in for those who are not white.

Read more: This is the candidate Donald Trump most fears in 2020

When his plans don’t work he has blamed everyone else, especially the media, which is somehow responsible when his crackpot foreign policy reveals he can be easily outmaneuvered by the vilest of dictators. One can only imagine the hand rubbing and backslapping glee in the Kremlin these days, watching their boy go through his paces.

House Speaker Paul Ryan, who will be retiring after this term, wins no medals for courage for standing up to the flood of insults, invective and barely disguised racism aimed at minorities.  Like his predecessor John Boehner, who had the ability to deliver the immigration issue with a fair bill but refused to risk it, Ryan will be remembered as shadow, not substance.

Not that the Democrats are blameless for the current sorry state.  Nancy Pelosi should be retired and living a nice retirement home life (with her Senate colleague, 85-year-old Dianne Feinstein) in California, as should her two acolytes in the House, Steny Hoyer and Jim Clyburn -- all three fast approaching the 80 years old mark.

The need for fresh faces and fresh ideas has never been greater, and what we are getting from the Dems in the House is a swing band from the fifties when we need rocking and rolling.

The Democratic presidential front-runners should also be considering eventual retirement options instead of the White House.  Joe Biden, 75, Elizabeth Warren 71, and Bernie Sanders, 76, are long past their sell-by date, and the need for new blood has never been greater.

As for policy, the Democrats will clearly run on the indisputable point that they are not Donald Trump.

Given Trump’s low approval numbers among independents, they really are the only votes that count as the two tribes of GOP and Democrats essentially cancel each other out.

But voters should wish for better Dem policies, for addressing the key issues in most people's lives such as medical care, job security, fair wages, better infrastructure, more focus on climate change.

It seems the Republicans are making a virtue out of ignorance on all those issues, while Democrats chase the same Republican rabbits down the black hole to nowhere.

Yet it is true that America needs a Democratic House and Senate to block the most dangerous president perhaps of all time.  The GOP leadership has shown no inclination to do so.

It is a sad reflection on Democrats that the same tired old clichés are all we seem to be hearing. There is a clear reason so many fear for this country right now.