What we can learn from a St Patrick's Day shooting in the 1940s. 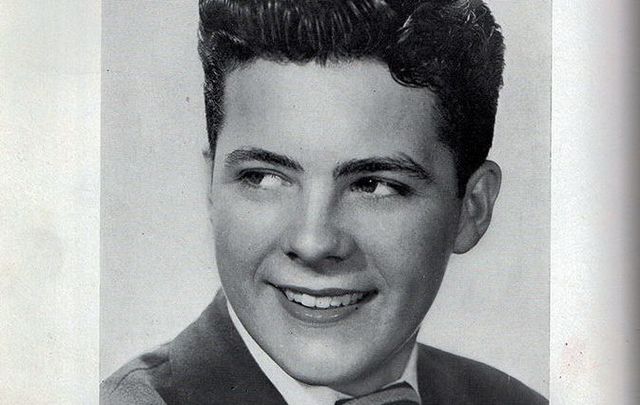 Patrick’s Day has become so big and so silly in some ways, it’s easy to lose sight of the many fine, enlightening cultural events that take place every March, leading up to the 17th.

And with rage being, well, all the rage these days—from Washington to Walmart, which is rightly being slammed for once again peddling Irish drunk gear—it’s also easy to forget about the things that really matter.

But whatever may be wrong with the world, we should all pause for a moment and be thankful we don’t have to endure what the Irish American Brady family had to endure one terrible St. Patrick’s Day.  There may or may not be other lessons in this forgotten story—about immigration, about crime, about America.

But one thing this story should teach us is to count our blessings. Every day.

The story begins at the old Power Memorial Academy on Manhattan’s Upper West Side, run by the Irish Christian brothers.  It was March 16, 1948, and hundreds of Power high school students—mostly Irish Americans—took a short trip down Columbus Avenue to the 12th Regiment Armory.

Staff and students at the school—best known as a basketball powerhouse, which would later produce the likes of Kareem Abdul Jabbar—were going to use the armory as a rehearsal space for their march in the big parade down Fifth Avenue the following day.

By 3 p.m., hundreds of Power students had congregated outside of the armory, waiting to file in.

That’s when the shots rang out. Chaos ensued. Several students fell to the sidewalk, bloodied.

Others joined police officers, housewives, passersby, as they chased the suspected gunman for four blocks before he ducked into a tenement on West 63rd Street, where he was finally captured.

“The Catholics, the Italians, and the politicians!  They killed my boy!” the suspect muttered as detectives hauled him away.

A front-page story in The New York Times the following day added, “In a moment of breezy confidence (the suspect) told detectives that on Sunday he had taken his three weapons into the Church of St. Paul the Apostle at Fifty-Ninth Street and Columbus Avenue.  ‘I wanted to kill people there,’ he said wildly.”

Assistant District Attorney Henry Whitney later said the gunman walked by Power Memorial “because he thought it was a good place to kill Catholics.”

But the killer was no true-blue American who thought Catholic immigrants and their children, who made up the vast majority of Power Memorial students, had ruined America.

His name was Marko Markovich and he himself was an immigrant, from Serbia.  He had tragically lost his own son several years earlier, and though all indications suggested his son had died from what the Times called “natural causes,” Markovich was under the delusion that the Catholic Church was somehow responsible.

Back outside the armory, there was grim news.  Power students William O’Connor and Brendan Cassidy were among six who were wounded and sent to the hospital.

Then there was Thomas Brady, a 16-year-old sophomore, who ultimately succumbed to his wound.

“The bullet that killed him was a .38 caliber type,” the Times reported.  “It went into an armpit and touched the heart.”

President Truman attended the Manhattan parade that year, but it was a grim one for Power Memorial students and staff, who marched without music, their flags and drums draped in black.

Given America’s raging debate about crime, immigration, and assimilation, some would surely see certain lessons in what the Class of ‘48 Power Memorial yearbook called “Our Sad St. Patrick’s Day.”

There are also lessons in the response Thomas Brady’s parents gave when asked about their son’s killer.  They said they held no malice towards him and forgave him.