The happiest end - Mother and Baby from Clare home reunited

"Her adoptive parents had been magnificently caring and she had a lovely childhood with them but, always, had the wish to make contact with her birth mother in West Clare." 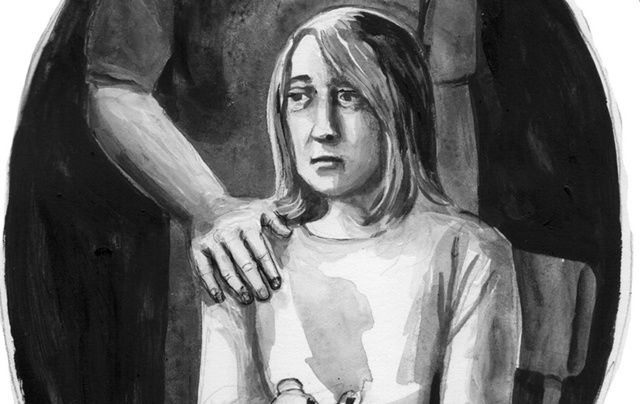 "Her adoptive parents had been magnificently caring and she had a lovely childhood with them but, always, had the wish to make contact with her birth mother in West Clare." Caty Bartholomew

Here is a heartwarming true story from about 20 years ago which began on the pages of the Irish Voice.  I am deliberately recalling it now in an effort to slightly balance that dreadful discovery in Galway recently of the bodies of scores of infants secretly buried in septic tanks on the grounds of a home for unmarried mothers and their babies run by an order of nuns for decades up until the late fifties.

That horror from our immediate past will now be fully investigated but, in the meantime, here is the story of a lovely woman called Mary Kowalski from New Jersey as far as I can remember, whom I met because I read in the Irish Voice that she was coming over from the U.S. to Co. Clare to try and contact her birth mother. I will never forget Mary, and if perchance she reads this I hope she is as happy today as she was the last time I saw her.

Mary's mother became pregnant outside marriage, you see, and in the priest-ridden Ireland of the time there was a great stigma and shame attached to that. The homes run by orders of nuns were about the only refuge there was apart from flight to England forever.

It is now known clearly that both the state and the religious orders failed to live up to their responsibilities on that front. There were many abuses at every level, and this was reflected in a mortality rate for the poor babies which was thrice the level of other infants.

Children being cared by nuns at a mother and baby home (Photos: Mari Steed)

It is also now known that many of the babies born in the homes were effectively sold by the religious orders to adoptive parents in the U.S. Mary Kowalski was one of the lucky ones as it transpires.

From some home in the Midlands she was taken away from her mother for an American adoption.  Her memory as a child was of her weeping mother running after the car as she departed.

Having read she was coming to Clare to try and contact her birth mother, the official channels having failed her, I contacted her at her Clare base and invited her to come on my radio show on Clare FM and tell her story.

She came in to me very stressed and emotional, clutching a soft toy her birth mother had given her all those years before.  She was accompanied by her supportive Scandinavian husband, and she needed him by her side because her story was not easy to tell on air.

In synopsis, this elegant middle-aged lady told me that her adoptive parents had been magnificently caring and she had a lovely childhood with them but, always, had the wish to make contact with her birth mother in West Clare. She had attempted this as an adult for years through the official channels but had always failed. It is now also known that both the state and the religious orders always made it difficult for such contacts to be made.

Women at work in a Magdalene Laundry.

Mary did not weep during her interview, the soft toy twirling in her hands as she spoke, but she clearly needed the silent support of her husband and any help I could give during our chat. It was powerfully poignant stuff which had the switchboard muted all the time as Clare listened to it all.

When the interview ended I wished her warmly well and the couple departed. And I went on to the next item on the show and thought that was probably it.

So was I not delighted altogether when Mary called me inside 10 days, just before St. Patrick's Day that year, to say that she had good news for me.

She came back into the radio station, gloriously happy, and it was an uplifting story altogether because her birth mother had heard the show, had contacted her, and they had met.

It got even more heartwarming when she revealed that her mother and her biological father had married after her departure from the scene, and not alone had she met both of them, and loved them, but she had also met brothers and sisters who had welcomed her into her newly discovered family with open arms.

I have never in my life seen anyone happier than Mary Kowalski that day and, as I said, I will never forget her.

There are good stories too in this cruel world and this one began on one of these pages.