Ten years on Ireland’s banks are as bad as ever

Irish banks being built up at expense of customers - it's no wonder they're three times more profitable than other banks in the EU. 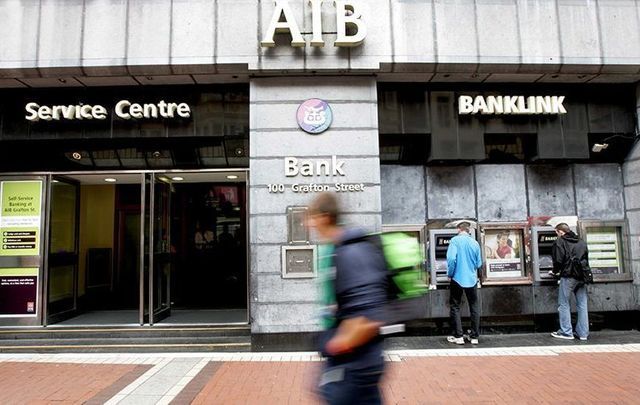 Well, if you thought that you would have been wrong.  What the so-called "tracker scandal" that has dominated the news here in the past week has shown is that the Irish banks -- and particularly the people at the top of the banks -- are as venal and opportunistic as ever.  Given any chance they will screw their customers, which is exactly what they have been doing to an estimated 30,000 of the people who had tracker mortgages with them over the past 10 years or more.

By fraudulently and probably illegally forcing these people off low interest trackers on to much higher interest loans, the banks inflated their monthly mortgage repayments.  In many cases this meant 200 or 300 euro extra a month that had to be paid, and led to people struggling to keep up and in some cases failing and losing their homes.

These loans were called "trackers" because their interest rate tracked the European Central Bank base refinancing rate -- the rate at which the ECB loans money to commercial banks all over Europe.  Most of the Irish banks offered trackers from 2001 onwards, usually at around one percent above the ECB rate.  So if the ECB rate went up or down so did your tracker.

Irish banks are making bigger profits on mortgage lending than those in any other Euro zone country https://t.co/Hrxo1lxilc

At the time they became popular the ECB rate was low (around two percent) and in fact it remained low for most of that decade.  (It went down to one percent at one stage and currently is zero.)  So the trackers linked to the ECB rate were good value for home buyers here as the property boom began.

As time went on, however, there were predictions that the ECB rate was going to rise substantially in the years ahead (by 2007 as the boom here reached its peak it was up to four percent), and some people decided to switch into fixed rate mortgages offered by the Irish banks.  Typically, these were fixed for a few years, after which these people believed they would be able to go back on their trackers again.

Some of the contracts stated so explicitly; others were ambiguous.  But that was what most of the borrowers believed.  The reality turned out to be different, however.

The banks refused to put these people back on their trackers, saying that instead they had to go on the far more expensive variable rate mortgages (at interest rates set by the banks).  By that time (in 2008/’09) the banks had stopped offering trackers to new borrowers, so they simply claimed that trackers were no longer available, ignoring the contracts they had agreed or interpreting them to suit themselves.

This caused enormous stress to thousands of the borrowers who had been on trackers and needed to go back on them if they were to have enough money left to heat their homes, etc. Some people were so stressed their marriages broke down.  And as we said above, a few dozen ended up losing their homes.

Yet while this was going on the banks stuck to their hard line, and the Central Bank and the financial regulator here did little or nothing.

"The banks have robbed the people, and you the government have driven the getaway car."
Could be said in almost every country, finally an Irish politician has said it pic.twitter.com/iKDCS8wlFS

What the banks were doing was not only disgraceful, particularly since they had been rescued by the taxpayers they were now extorting, it was also probably illegal.  Although they deny this, it looks very much like white collar crime -- they were stealing money from their own customers by breaking loan contracts and pressuring people into accepting new loans that meant they had to pay much more.

Not only that, but since all the banks were doing this at the same time they seemed to be acting in collusion, like a cartel, which is also illegal.

And it was not just the 30,000 or so people who had moved from trackers to fixed rate mortgages in the belief that they could go back again.  We now know that some of the banks were also jacking up the rate being paid by many of several hundred thousand people who had remained on their trackers instead of opting for a temporary fixed rate switch.  The premium above the ECB rate that they were being charged was edged upwards, usually without any explanation.

So the banks were gouging money out of their mortgage customers in several ways, either by refusing to put people back on trackers, by hiking up the premium if they did put them back, or by inflating premiums across the board for everyone who had a tracker.

The extent of this overcharging -- or theft, if you want to call it what it really was -- is still being assessed by the Central Bank here, but estimates suggest that it could be as much as €500 million across all the borrowers affected.   It is a huge scandal and has caused even greater outrage among the public since it indicates that, far from having any gratitude for being rescued, the banks here are still operating with the same cynical, rapacious disregard for their customers.

The government reacted to the public outrage last week by summoning the heads of all the banks into the Department of Finance for tough (we were told) face to face meetings with Minister Paschal Donohoe about how and when they would give back the money.  This meant that the bank bosses all had to do the walk of shame up the street to get into Government Buildings surrounded by reporters and cameras. 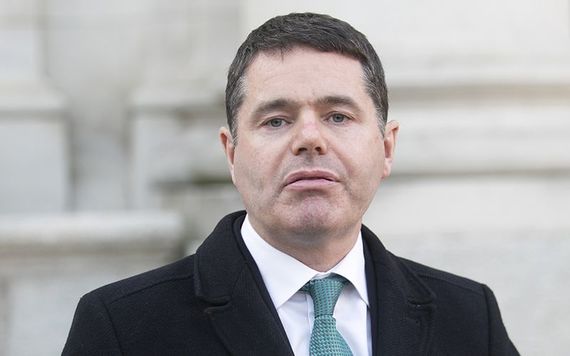 It was a deliberate tactic by the government to provide pictures for the news and give the impression to the public that they are taking decisive action to tackle the situation.  However, the truth is that what the government can do is limited, and they and the Central Bank and the financial regulator have been aware of this scandal for a few years and have done very little about it.

The only reason it has become such a big issue here now is that a few weeks ago some of the people who had lost their trackers and then lost their homes or suffered badly as a result appeared before the Oireachtas Finance Committee to tell their stories.  What we heard was harrowing, including details of personal despair and breakdown.  And that was what turned this into a national story which forced the government into belated action and the opposition politicians into belated outrage.

One of the problems is that the government is conflicted.  It is a major shareholder in some of the rescued banks, particularly the biggest bank AIB which is being sold back into the private market.  Anything which damages the bank, like this scandal, makes it more difficult to get maximum value when the state's shares in the bank are being sold.

There is also a feeling that the reason it took so long for action to be taken against the banks is that there was a degree of understanding at official level for the difficulty they were in with the trackers.  The problem for the Irish banks and the reason they stopped offering trackers to new borrowers from 2008/’09 was that they were losing substantial money on them.

They had issued a few hundred thousand tracker mortgages over the eight-year period and they were losing money on all of them.  So they set about moving as many people as possible off trackers, or at least charging more for them.

Before and after the crash here -- and the collapse and rescue of the banks -- the money markets were only willing to lend funds to Irish banks at a penal premium, a level much higher than the Irish banks were charging on their tracker loans.  So the Irish banks were losing money hand over fist and may have felt justified in trying to claw back this money from their customers.

They did what they always do when they get themselves into a mess: they shifted the cost on to their customers, even though these people were already paying for the bank bailouts through their taxes.

Where we go from here is still unclear.  What is clear is that people who had trackers at a specified rate were entitled to keep them instead of being forced or misled into paying much more.

What is less clear is what the government will do if the banks, backed up by their lawyers, continue to drag their feet on giving all of the money back, plus interest and compensation.

We are being told that the bulk of the customers affected will get their money back by Christmas.  But it's a long time since most of us here believed in Santa!

There is a much wider issue as well with the Irish banks.  All mortgage rates here are around two percent higher than they are in other EU countries, for no reason other than the Irish banks can get away with it because of lack of competition in the mortgage market here.  This costs home buyers here hundreds of euro extra every month.

And it's the same for business loans here, with even established secure businesses being charged around five percent for loans, double what they are elsewhere in the EU.

Yet nothing is done about this, partly because there seems to be a recognition at official level that the Irish banks need to build up their profitability and reserves again.

And if that has to be done at the expense of the customers, well, that's tough.  It's no wonder that recent figures from the ECB show that Irish banks are now three times more profitable than banks elsewhere in the EU!