11 banks and financial institutions admonished for mortgage scam which wrested extra income from 1000s and cost some their homes. 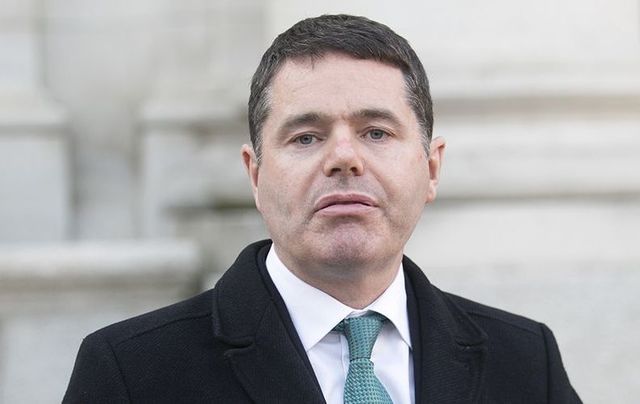 Finance Minister Paschal Donohoe has been admonishing the heads of 11 banks and financial institutions over a rip-off mortgage scam which wrested extra income from thousands of customers and even cost some their homes in repossessions.

In a series of meetings over three days, concluding on Wednesday of this week, the minister has been urged to threaten the banks with heavy fines and to fast-track legislation to impose the penalties.

Up to 30,000 customers have lost hundreds of millions of euros in what has been dubbed the tracker mortgage scandal.

Taoiseach @campaignforleo speaking on the tracker mortgage crisis at an event in Donnybrook with @MurphyEoghan pic.twitter.com/5Kcxm6Mqt4

Effectively what happened is banks are accused of wrongly raising extra interest when they forced customers off loss-making tracker mortgages in the post-crash period.  Some of those who were overcharged struggled to meet their increased repayments, and some lost their homes.

On the first day of this week’s meetings just one bank publicly apologized.

Permanent TSB’s chief executive Jeremy Masding said he was “sorry” to those overcharged.

On Tuesday AIB, which is 71 percent state-owned, and Ulster Bank apologized publicly.

But Bank of Ireland and KBC, which has its parent company in Brussels, declined the opportunity to show remorse for those who have lost their homes when pressed by reporters on Monday outside the Department of Finance.

Sinn Fein’s finance spokesman Pearse Doherty insisted banks should be hit hard in the pocket by reversing sweetheart tax deals if they don’t move fast to compensate victims of overcharging.

Joan Burton of the Labour Party has accused the banks of being in a “cartel” – and of operating an “organized conspiracy” to defraud mortgage holders in the trackers scandal.  She said it was time for the gardai to open its own investigation.

The government is now expected to largely accept a Fianna Fail motion calling on the banks to outline a compensation timetable. The motion, being debated this week, calls on the banks to formally apologize to customers and says the government and the Central Bank should consider drastic action to end the controversy.

Leading financial expert David Hall, chief executive officer of the Irish Mortgage Holders Association, said the tracker scandal is the “largest scam ever perpetrated on customers in the state.”

Some financial experts reckon customers are owed up to half a billion euro in refunds.

Central Bank Governor Philip Lane, who had a special meeting with Donohoe on Monday morning before the bank chiefs were called in for their dressing down, said banks have already paid out €163 million in redress and compensation and there is no upper limit to the amount of compensation to be paid, hopefully before Christmas.

Irish Times commentator Fintan O’Toole suggested there was an apparently strong prima facie case for criminal investigation of the deception of tens of thousands of customers at a time when banks were under enormous pressure to show that they were returning to profitability.

Donohoe has said he will outline a number of options available when his meetings with the bank executives are concluded.

A commitment by the banks to speed up repayments and compensation to avoid government moves towards sanctions seems the most likely outcome.

There is expectation that demands for criminal prosecutions will be put on the long finger, or even rejected.