Ireland 2018 was a missed chance to heal

Rather than a discernible shift in economic policy, it was more of the same old tax and spend stuff that has been endemic here for decades. 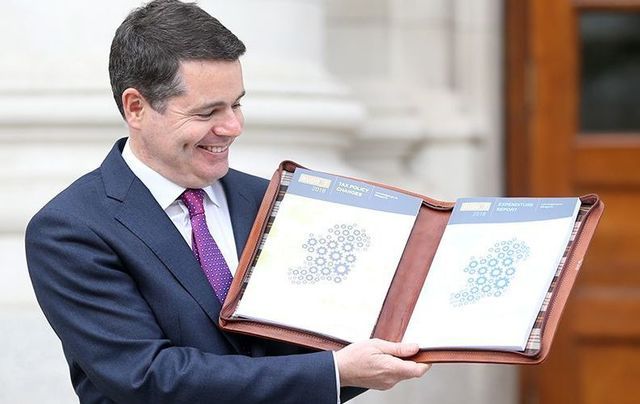 After Taoiseach Leo Varadkar's recent statements about wanting to create a Republic of Opportunity in Ireland, last week's Budget turned out to be a bit of a disappointment.  Rather than marking the start of a discernible shift in economic policy, it was more of the same old tax and spend stuff that has been endemic here for decades. The promised cuts in our penal income taxes turned out to be so minimal they will be barely noticed by the long-suffering taxpayers.  Living up to the promises would have required cuts or at least a standstill in state spending.

But instead of tighter control of state spending there were increases across the board, with all welfare and benefit payments going up, whether justifiable or not.  Instead of the beginning of a Republic of Opportunity what we got last week was a missed opportunity. The vision for the future that Varadkar had presented in several speeches in the last few months -- his Republic of Opportunity -- is one in which hard work and initiative would be rewarded and the culture of dependency here in which too many people expect the state to provide everything would be discouraged.

The Taoiseach characterized this by saying that he wanted to help "the people who get up early in the morning" to go to work.  He said he is aware that these people -- the middle-income workers who are the vast majority -- feel they are being squeezed mercilessly by the state in taxes but get little or nothing back from the state in services and benefits.

Meanwhile, they see others milking the system for everything they can get, despite the opportunities now offered by our continuing economic growth and low unemployment rate.

It's a perspective that is shared by a great many middle-income workers here and they were expecting, given the vision that Varadkar had laid out, that the first budget of his government would signal a change.  And the most important indicator of that would have been a significant cut in income tax.

The situation before this budget (and for the last few years) has been that if you are a single person in Ireland you pay around 50 percent tax on anything you earn over €33,800.  That is a very low-income level to be hitting the top tax rate and it's a serious disincentive to working people here.

Instead of tackling the penal income tax set-up we have in Ireland in a serious way, however, last week's Budget raised the trigger point for the top tax rate for single people by just €750, from €33,800 to €34,550.  There were also very minor reductions in USC (a component of our complicated income tax system).

What it means for a single person on around €38,000 a year is that after last week's budget they will be around €4 a week better off, or the price of a coffee or two.

So after all the visionary talk about creating a Republic of Opportunity to reward hard work, this is what we have got in practice.  And it was the same right across the Budget in all areas of tax and state spending.  Instead of signaling a fundamental change in approach, the budget merely tinkered with the rates and the ridiculously complex structure we have here.

To be fair to the Minister for Finance Paschal Donohoe, the reason for this failure is simple -- there just wasn't the money to do much.  In fact, out of a budget of around €70billion, only €350 million was available for tax cuts or extra spending if we were to remain on course to balance the books next year as we are required to do by the EU.

Donohoe managed to get this "play money" up to €1.2 billion by raising some extra revenue (mainly by tripling stamp duty on commercial property transactions).  But a chunk of this is already committed to higher pay for state workers next year.  And another chunk went on increasing all welfare payments by €5 a week, the same increase that was granted in last year's budget.

This was done despite the fact that welfare payments here are already substantially higher than in most other countries (the state pension here will go up from €238 to €243 a week, for example).  And while everyone always wants more, this pension increase was granted even though there was no strong public demand for a rise.

Of course there are always areas of state welfare and benefits where more money is desperately needed (respite for home carers, for example).  But the across the board nature of welfare increases in this budget is hard to justify and comes at an enormous cost.

With so little left to play with after the pay hike for state workers and the welfare increases, Donohoe was hamstrung on income tax.  The reductions in income tax in this budget are so small they are almost an insult.

What little was possible in the budget was spread so wide and so thin that the effects won't even register with most people.  Perhaps sensing the disappointment, Donohoe said a few days after the budget that more would be done to cut income tax each year in the coming years.  He said it was the start of an annual process which would take some time to implement.

We have to take him at his word on this, but as an attempt to kick-start the process of income tax reduction this year's budget was a very timid first step indeed.

This is partly the result of being a minority government dependent on Fianna Fail.  Under the agreement between them which allows the present government to function, any financial surplus available must be divided two to one between extra state spending and tax cuts.

Immediately after the budget last week Fianna Fail were loudly claiming credit for the welfare increases and saying that they are protecting the most vulnerable in Irish society.  What they are actually doing (just as they did with water charges) is preparing for the next election and cynically building their vote in certain sectors whatever the cost. The next election was probably on Varadkar's mind as well when this Budget was being finalized.   EU rules no longer allow a flagrant election budget to buy votes.  So, this budget spread the little that was available as widely as possible, giving a little to everyone and being careful not to penalize anyone.

Apart from the timidity there were other worrying aspects to the budget, the main one being that the extra spending is being financed mainly by a big hike in stamp duty on commercial property transactions.   Just like in the boom, we are expanding state spending based on revenue that may not last.

Welfare increases are virtually impossible to reverse, so what happens when the present commercial property mini-boom slows down?  This is the same precarious financial management that got us into such trouble in the crash and it's alarming to see it back again.

Among the positives in the budget was the new accelerating levy on undeveloped sites, aimed at forcing speculators and vulture funds to start building homes on the land they are hoarding instead of waiting for prices to go up even further.  This will help, as will the commitment in the budget to build more social housing.

But the fact remains that most of the homes needed to solve our housing crisis will have to come from the private sector and the new body to provide extra finance to builders will also help to get things moving.  However, the shortage of construction labor limits how fast we can build.   Why should these workers, many of whom emigrated, come back here now if they can't find a place to live and will be paying 50 percent tax on half their income? A general look over how the state spends its money is always included in the budget. One-third of the entire budget in Ireland is eaten up by welfare (and that is increasing as the population ages and the pensions bill rises).

Not all of this spending is justifiable or necessary but you won't find any political party to tackle the problem because it will cost them votes.  The reality is, however, that cutting income taxes will never be possible unless welfare spending is brought under control. Servicing our big national debt eats up 16 percent of the budget, a huge chunk of tax revenue.  This legacy of the crash and previous over-spending shows how important it is to keep our state spending under control.

The biggest chunk of spending after welfare goes on health, and most of that goes on pay in the sector.  Despite one of the highest spends per capita in the EU, our health service remains poor in comparison with other countries like Holland, for example.  Yet this budget, like all budgets here, continues to throw money at the problem.

Restoration of the pay cuts across the public service after the crash is being implemented in full, even though pay restoration in many parts of the private sector is still patchy at best.  But again, this budget has done nothing about this, largely because all politicians are wary of the unions whose last bastion of power is in the public service. One disgraceful example of budgetary timidity is the failure to begin any restoration of the money taken from private sector pensions by a levy which ran for several years after the crash.  This cost private sector workers, many of them self-employed, over €2 billion which was robbed out of their pension funds by the state.

So public service workers who have generous pensions guaranteed by the state are getting full pay restoration.  But private sector workers, many of whom are still down on pay after the crash, are thanked for trying to fund their own pensions by having a chunk of them stolen by the state.   And this outrageous situation does not even get a mention in the budget?

Varadkar's belief in a Republic of Opportunity in which we stop encouraging our deeply engrained culture of dependency and foster one of self-reliance has been mildly controversial.  His slight shift to the center right has been criticized by politicians on the left -- the members of the Pay for Nothing parties as a colleague of mine calls them -- who want ever higher public spending on welfare and state supports and services. What this budget showed more than anything else is how difficult it will be to make the taoiseach's vision a reality.  As one senior politician said recently, knowing the right thing to do is easy; doing it and then getting elected afterwards is what is hard.