So much for the wise guys! David Cameron’s Brexit catastrophe

Tide of English nationalism swept away the UK membership although Scotland and Northern Ireland voted to stay. 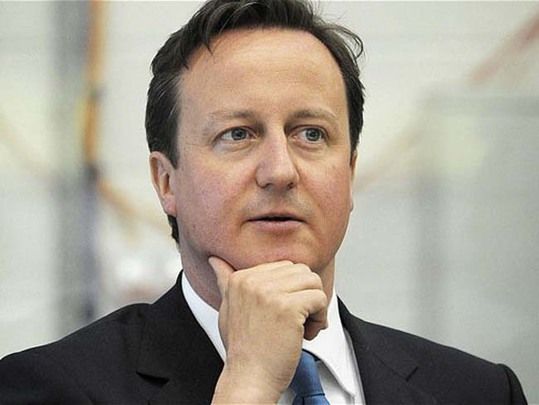 DUBLIN: It was quite the week in Ireland’s capital where there is always an interesting story or two, but nothing like last week’s onslaught.

There was the glory march of the Irish soccer team in the European championship until felled by France, and there was the visit of Vice President Joe Biden who was very warmly received.

But even those two momentous events were overshadowed by Brexit.

Brexit hit with the force of a hurricane slamming into a flimsy shack. There had been a general consensus that the U.K. would vote to stay united, especially after a member of the lunatic right-wing fringe shot dead a highly talented young Labour Party MP, Jo Cox, who was fighting for the Remain side.

Then there were the bookmakers and the market, usually as close to infallible as you get on these great issues in Britain. The sterling shot up on money markets prior to the vote signaling a heavy bet on the Remain choice, while the bookmakers were also adamant that the Leave side would be defeated.

So much for the wise guys!

Like the rest of Britain and Ireland I woke up to a shocking new reality on Friday morning. The tide of English nationalism had swept away the U.K. membership of the European Union even though Scotland and Northern Ireland voted to stay.

On the television was the lizard-like Nigel Farage who heads up UKIP, the British equivalent of the Tea Party. His obnoxious anti-immigrant ads likely swung the vote against, and boy was he cackling with glee

Next, David Cameron, the previously cautious and calibrated prime minister who had a rush of blood to the head in announcing the referendum in the first place, resigned, effective in three months.

In one fell swoop he ended his own career and sundered the United Kingdom as Scotland seems quite certain now to vote for independence by 2018.

In Northern Ireland, Sinn Fein has called for a border poll given the new circumstances they face.

It was a spectacular own goal by Cameron, brought about by an utterly misjudged read of the mood of the country and a reckless attempt to mollify his right wingers and deal with the Europe issue once and for all.

It is hard to blame the Scots or the Northern Irish. The vote negatively impacts both countries, but the English seemed to care less.

The Irish peace process? A mere minor detail. Scottish independence? Away with them if it means England walks from the EU.

This is a story that will run and run, and we are only in the opening moments of it. The very English coup appears to have backfired, with many who voted to leave now asking what they have done.

What they did at one level was perfectly correct. If you vote in an American election on any office, be it mayor, governor, House member, senator, president, you have a clear awareness of who you are voting for, and they can be held accountable every few years.

But the EU is run by a series of unelected officials and a vast talking shop Parliament which is so opaque I would wager there are many members of it who don’t even know what they are doing.

This was an excellent point that writer Colm Toibin made in an Irish Times article, and his other advice to the EU was also good.

He asked that officials make themselves available and explain what they are doing on a regular basis to constituents and media, instead of jetting around Europe in first class luxury and having limousine motorcades when they arrive.

The good news was that England’s favorite Irishman, Sir Bob Geldof, was on the losing side, petty I know but most Irish have long since tired of his dog and pony show.

Brexit is the biggest story in Europe in decades, brought about primarily by gut reaction to immigration as the Middle East continues to bleed and millions flee.

Syrian refugees are particular targets in the U.S. and in Britain. It might help to know that the most admired man in America in his day, Steve Jobs, was the son of a Syrian migrant.