Sinn Fein is set to put forward a candidate for the next presidential election but it won’t be Gerry Adams, party leader Mary Lou McDonald has said. 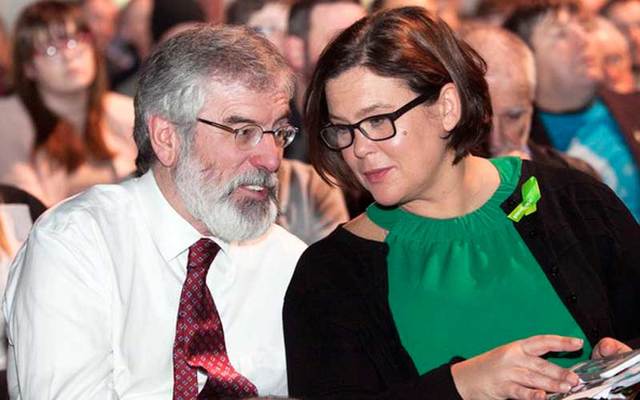 Sinn Fein is set to put forward a candidate for the next presidential election but it won’t be Gerry Adams, party leader Mary Lou McDonald has said.

President Michael D. Higgins concludes his first seven-year term later this year, and he has not yet confirmed whether he intends to seek a second term in office.

Already one candidate, independent Kevin Sharkey, has said he hopes to get the required support from local politicians to run in an election and attempt to be Ireland’s first black president.

Separately, McDonald told The Irish Times the party is expected to reach an official position soon but it was her view that there should be a contest.

She said the party had identified candidates for the role but it must adopt an official position first. Adams, who resigned as leader earlier this year, was not among the proposed candidates.

Fianna Fail leader Micheal Martin has said he will wait until Higgins publicly outlines his position before deciding if his party will stand a candidate.

It will be extremely difficult for Fianna Fail not to participate if Sinn Fein decides to enter the race.

Addressing republicans at an Easter commemoration in Belfast’s Milltown cemetery, she said, “Ending partition has now taken on a new dynamic because of Brexit.”