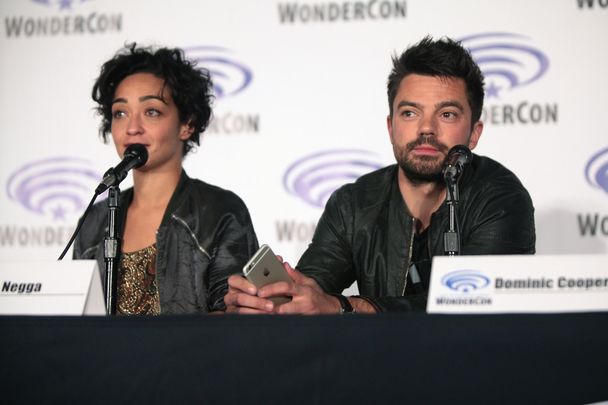 The eight year relationship between Irish/Ethiopian actress Ruth Negga and her actor beau Dominic Cooper is over.  Not sure when it ended, but on Friday Us Weekly reported the breakup.

“The split was totally amicable and they remain friends,” a source told the mag.

They were a low-key couple for sure, and when Ruth was nominated for a Best Actress Oscar last year Dominic didn’t walk the red carpet with her. They first met when they were working on a play in London together and also star in the AMC series Preacher which is now in production for a third season.

“It can be so lonely filming, so it's like your buddy and your back up,” Negga told Harper’s Bazaar last year of her working relationship with Cooper.

They lived together in London, and both are in-demand so there’s plenty of work lined up to keep them busy. Cooper will be in Mamma Mia! Here We Go Again which drops on July 20, and Ruth worked with Brad Pitt on his sci-fi flick Ad Astra, due for release in 2019.