Irish-Ethiopian actress still reveling in her Oscar whirlwind - a Vogue magazine cover and shout-out from Meryl Streep in her Golden Globes speech. 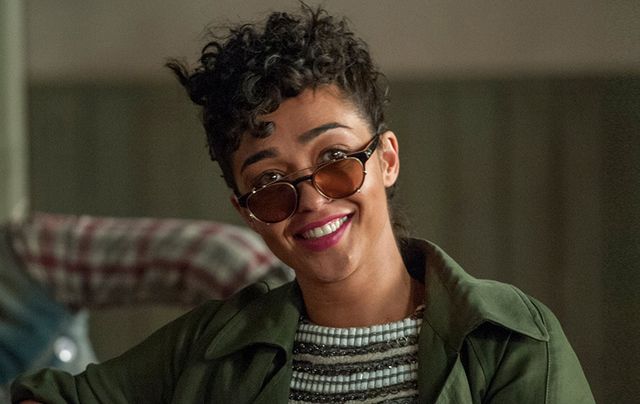 Recent Oscar nominee Ruth Negga is currently starring in season two of the popular AMC drama Preacher, and though the Irish-Ethiopian actress gained widespread fame with her starring role in the film Loving, she hasn’t decided what her next big screen project will be.

“I’m not in a rush,” she recently told Britain’s Daily Telegraph. “I’m not that kind of person. I move quite slowly in my work. It’s important for me to figure out what I would like to do and what’s possible before I get sucked up into any whirlwind.”

She’s still reveling in her Oscar whirlwind, which included gorgeous red carpet appearances, a Vogue magazine cover and a shout-out from Meryl Streep in her anti-Trump speech at the Golden Globes.  Having the set of Preacher to return to, she adds, was a blessing.

“To close the door on all that heightened emotion and excitement, to hear Meryl Streep call your name, or walk on the iconic red carpet at Cannes, and then find yourself staring into the abyss would have been quite a shock,” she says. “Thankfully, I got to come back to a job with people I love and admire.”

One of those is the actor Dominic Cooper, who she’s been seeing since 2009.  He’s also her Preacher co-star and they live a low-key life in London.  Are marriage and kids in the pipeline?

“I don’t know,” she said. “Life moves so fast. Instead of thinking of the future and making plans, I’m learning to stop on the ground and enjoy where I am.”