She might not have won a Golden Globe but Limerick’s own Ruth Negga still stole the show! 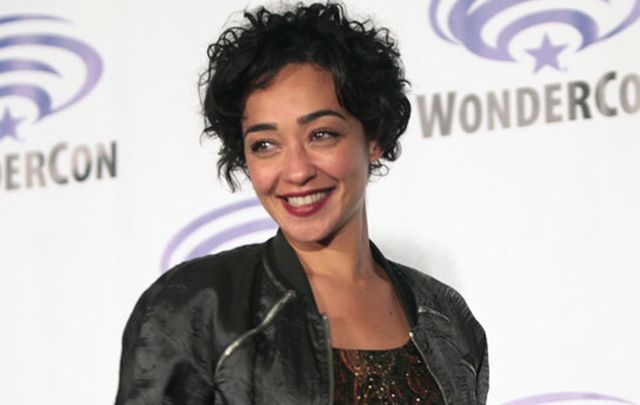 Irish actress Ruth Negga is being praised left, right, and center at the Golden Globes. The Ethiopian-born, Limerick-raised star wore a silver Louis Vuitton dress covered in metallic sequins. The Los Angeles Times called her a “fashion blockbuster” and The Washington Post chose her as the lead item for their red carpet fashion coverage, describing the dress as one that, “flattered her figure; it captured the imagination. The dress was different but not odd.”

Negga was nominated for her role in "Loving," in which her character, Mildred, falls in love with a white construction worker, Richard Loving, and the two marry in Washington D.C. where there was no legal ban on a mixed raced couple getting married.

But their home state of Virginia declares their union illegal and has the pair thrown in jail, thus beginning a long legal battle that eventually ends with the US Supreme Court unanimously striking down Virginia's ban on interracial marriage as unconstitutional.

Negga’s performance has been highly acclaimed, and although she did not win Best Actress at the Golden Globes on Sunday, she received praise from none other than Meryl Streep, who went out of her way to laud her.

Streep used her speech to launch an attack on the president-elect’s immigration policies, illustrating her point with examples of actors and actresses born abroad.

"And the beautiful Ruth Negga was born in Addis Ababa, Ethiopia, and raised in Ireland, and she's here nominated for playing a small-town girl from Virginia,” she declared before adding, “So Hollywood is crawling with outsiders and foreigners, and if you kick ’em all out, you’ll have nothing else to watch but football and mixed martial arts, which are not the arts.”

Speaking to our sister publication, the Irish Voice, earlier in the year, Negga, who previously starred in "World War Z" and "Noble," as well as hit Irish drama "Love/Hate," spoke about her experience of growing up as a mixed-race person in Limerick. Even though when she was a child Ireland was almost uniformly white, she said that growing up in Limerick she was never the victim of racism.

“I think that each person’s experience in Ireland is quite individual. When I was little I thought that everyone wanted to hold me as a baby because I was this thing of fascination,” she said.

“But rather than this thing that wasn’t quite right, I just felt that my difference was something that was probably very exotic. I didn’t know any black people in Ireland. There were none where I was growing up.”

In fact, it was only when she moved to London as a young graduate that she encountered prejudice because of the color of her skin.

“I did feel it quite keenly when I moved to London, because being Irish and black became an issue there for some people. That’s when I first felt that gosh, I’m really different.”

“But that’s just my narrative,” Negga added. “I can’t speak for everyone’s experience. The thing that worries me is that people are going to say, ‘Is she trying to speak for me?’”

For the past few years she’s been dating fellow actor Dominic Cooper and although she does miss the craic you only find in Ireland, a move back doesn’t seem to be on the cards at present.

“A lot of my friends are moving home to Ireland now. I think it’s because they miss that [craic].

“I do sometimes feel a bit misunderstood because you know that relief when you’re among Irish fellow people and you’re not being misconstrued? You’re free to use certain words.

“Some people say to me you don’t sound very Irish. It’s because I have this tendency to iron out my accent. Not because I’m ashamed of it, but because it makes my life easier if I don’t keep having to repeat myself.”

On a professional level, she found "Loving" enormously satisfying to be involved with.

“I find that what’s most fascinating about this couple is that they're deeply in love but they also really like one another. On paper that doesn’t make for a thrilling movie, but for me it absolutely is,” Negga recalled.

“It’s something I don’t think we celebrate often enough. The mundanity of being in love is something that is quite special and should be cherished.”

And the clear joy she gets from acting after years in the profession remains undiminished.

“I don’t think I have ever thought of myself as a movie star. I think when I was about seven I thought it must be lovely to have an Oscar. But the more involved you are in this business, the more that pretense disappears and you really get to see what you love about it, and what I love is working.

“I think there are very few people I know who say, ‘Oh, I think I’ll have that role please, and abracadabra – I nearly said Abrakebabra! You see, I’m homesick!” she joked in reference to the popular Irish fast food joint Abrakebabra.

“What I can say is no, and I can wait. I don’t necessarily think about making my mark or being famous. That’s never interested me. What does interest me is storytelling.”