Ireland's recent spike in COVID-19 cases has put the spotlight on the country's meat plants and direct provision centers. 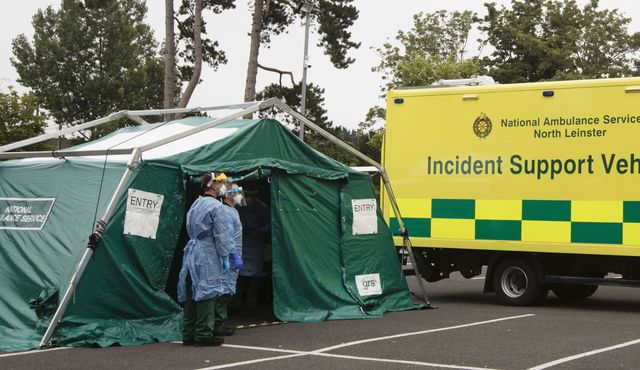 The spike in COVID cases in Ireland recently, causing the reintroduction of lockdown in three counties, has turned the spotlight on meat plants and direct provision (DP) centers, which provide accommodation for asylum seekers.

This is because many of the virus outbreaks were related to these facilities, meat plants and direct provision (DP) centers and that has caused a lot of guilty soul-searching here, much of it misplaced and misinformed.

The realities of Irish meat plants

Let's take the meat plants first.  As you probably know, the beef industry in Ireland is huge, so big that the meat from nine out of 10 of all the cattle produced here is exported.

It's a lucrative business, largely controlled by a small number of "beef barons."  They, as well as the big supermarket chains at home and abroad, take most of the profit.

Not much of the money seeps down to our beef farmers who despair at the low prices they get for their cattle.  And even less goes to the workers in the factories who slaughter, de-bone and pack the meat. The industry is a mess and has resisted various attempts at reform over the years.  One of the reasons is that consumers are unaware of the reality. They are seduced by TV ads showing delicious meals, golden harvests, and happy cows wallowing in lush green pastures.

The reality of farming and processing is very different, and its less appealing side is a direct result of the consumer demand for copious amounts of cheap food.  Getting the meat packs on to supermarket shelves at low prices means keeping costs at rock bottom in the factories. 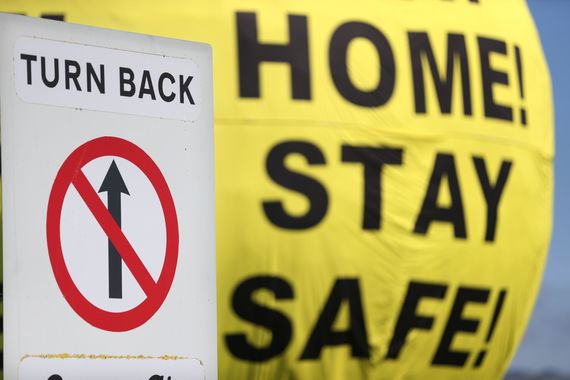 The "ball" roundabout in Naas, County Kildare, one of the counties on lockdown due to COVID outbreaks at meat plants.

Working in a meat factory is tough.  It's physical, shoulder-to-shoulder work on production lines where the pressure to meet targets is relentless.

Most of the workers are paid minimum wage or close to it.  Many Irish workers, even those who are unemployed, won't do it.

Recent figures show that around 60 percent of the 15,000-plus workers in Irish meat plants are immigrants, mainly from Brazil, Africa, and Eastern Europe.  Some are brought here through agencies and the work permits for those from outside the EU tie them to their jobs, which leads to abuse and exploitation.

They don't get sick pay, for example, so they turn up for work even when they are not feeling well. The low wages mean they have to share accommodation in crowded rentals.  Both make them vulnerable to catching and spreading the virus, as does their close proximity at work.  The noise level in the factories also is a problem since they have to shout to be heard, making masks less effective.

All this explains why meat factories have become a problem here, just as they have in other countries including the U.S.  Whether much will change in the future remains to be seen.

The meat industry lobby here is extremely powerful. And the fact is that all the people here saying they are shocked by the virus outbreaks in meat plants are the same people who want cheap burgers and steaks in the supermarkets.

There is also a lot of misunderstanding and misinformation about the virus situation in DP centers. Cases have emerged in almost half of the 40-plus DP facilities around the country -- mostly run-down hotels in rural towns -- which provide accommodation for asylum seekers.

The centers are operated by private businesses and are funded by the state.  Most of them are run to a basic but acceptable standard, although overcrowding has been a problem in some centers where a family, or two to three unrelated adults, have to live in one room.

This obviously poses a problem in relation to the spread of the virus.  And that risk has been compounded in some centers where some of those being housed have jobs in meat factories.

Although the number of cases is relatively low, this has increased fears about DP centers in some towns. It has also been used by the asylum seekers themselves to renew demands that the centers should be closed and the DP system should be scrapped. 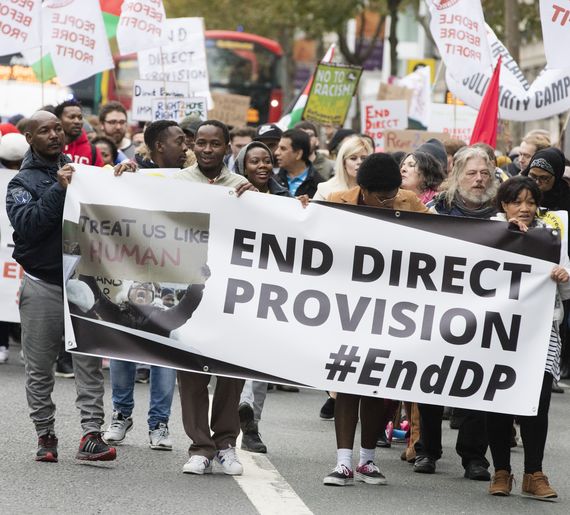 A protest in Dublin, in 2018, to end Direct Provision.

The minimum they want is that all unrelated people in DP centers should have their own rooms.  Given the numbers involved, this is simply not possible.

Nor is it possible to close the DP centers since there is no immediate alternative.  There is no social housing available to give to asylum seekers because we are in a housing crisis which is going to take years to resolve. Right now Irish people who qualify for social housing wait for years on local housing lists.

Despite this reality, there has been an outcry from asylum seeker support organizations here which say the system is inhumane and a disgrace to the country.  Comparisons have even been made to the Magdalene Laundries of the past where unmarried mothers were incarcerated and forgotten.

This emotive pleading has guilt-tripped some people here into joining the call for change, and the government has now committed to ending DP as a result.  However, there is no time frame for this and no proposals for what could replace the present system.

The reality is that the present DP system is likely to continue for several years, although it could be run directly by the state rather than being contracted out to private businesses.  Whatever happens, there is an immediate need to reduce the COVID risk in the way these centers are run.

The Refugee Council, one of several state-funded bodies that help asylum seekers who arrive here, says that over 1,600 unrelated people in direct provision currently have to share bedrooms and confined communal areas.  As long as that situation persists, they say, the residents will be at risk from COVID.

That is true.  But personal responsibility has a role here as well.

There are many crowded apartment buildings and shared rental houses in Dublin and other cities here where the same risk level exists.  Everyone has to play their part in suppressing the virus, no matter how difficult the circumstances.

Having said that, the DP centers seem to be a particular risk problem and the health authorities are now finalizing plans to test all asylum seekers in them every two weeks.  That will be much more useful than the unrealistic campaign to end direct provision.

A large group of psychologists here last week added their voices to this campaign, claiming that children of asylum seekers caught up in the DP system will suffer long-term damage.  Some well-known names --writers, musicians, and other minor celebrities -- joined in with emotive accusations about the inhumanity of a system that can "trap" people for years.

As usual, there is a good deal of virtue signaling involved in this, as well as a failure to face facts.  The truth is that genuine asylum seekers who arrive here now have their claims processed and approved in less than a year.

The only ones "trapped" in the system are those who fail in their initial applications and instead of returning to their home country launch serial appeals and judicial reviews (all funded by legal aid) to prevent their deportation.  This is why some end up living for five or six years -- or even longer -- in direct provision.

The bar for the initial application -- credibility -- is very low.  Yet more than 70 percent of asylum seekers who arrive here fail to reach even that level to enable their cases to be heard in detail.

A look at the most common countries of origin explains why -- Nigeria, Zimbabwe, Congo, and Pakistan are up there, as well as European countries like Georgia and Albania.

These are not places in the middle of extensive wars, where lives are at risk.  Issues for people in a vast country like Nigeria, for example, usually can be solved by internal migration.  What these countries have in common is a low standard of living for the majority and those coming from them are economic migrants.

They do not qualify for asylum yet they continue to come here because they know that if they can frustrate the system long enough and become embedded here -- particularly if they have children in school -- the chances of them ever being deported are minimal.

There is also the question of why as asylum seekers they cross all of Europe and end up in Ireland, rather than staying in the first safe country they reach. Again, the reason is that our much-criticized system is more attractive than that in other countries.

It includes free accommodation, food, health care, schooling, legal advice, etc., as well as a small amount of pocket money.  Above all, there is the likelihood of being allowed to remain.

Some of the most vocal asylum seekers here demanding that the system be scrapped are from countries that are deemed safe by the UN and have little hope of meeting the requirements for asylum in other EU countries.  The current spokesman for MASI (the Movement for Asylum Seekers in Ireland) for example is from South Africa, as is the organization's founder.

The unpalatable truth is that the COVID threat is now being used as a way of increasing the pressure to end direct provision and further weaken our structure for handling asylum applications.  It's more about undermining the system than combating the virus.

Coronavirus in Ireland: A look in pictures 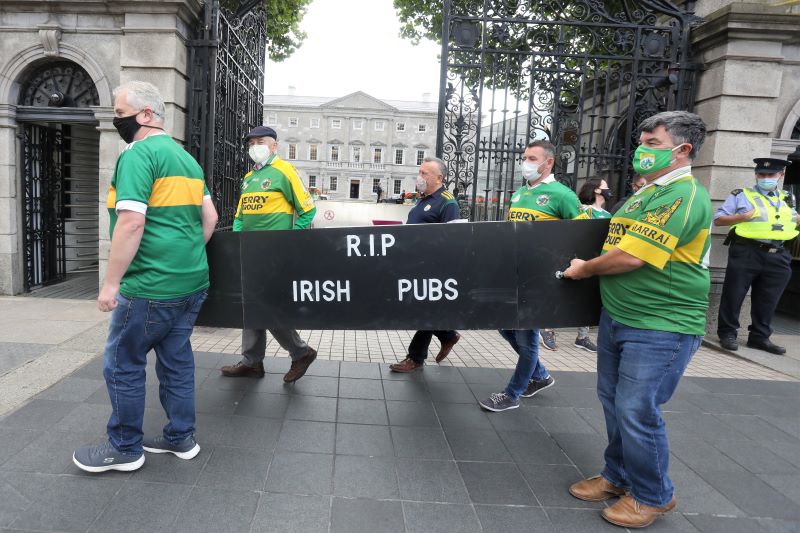 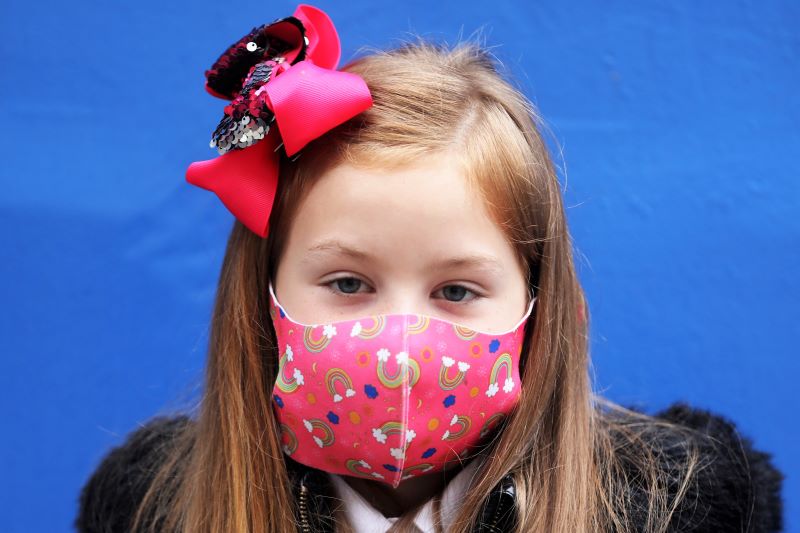 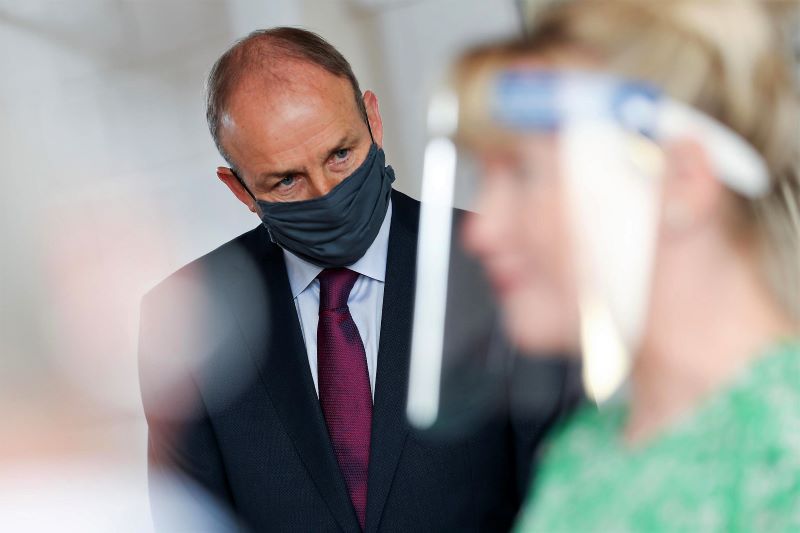 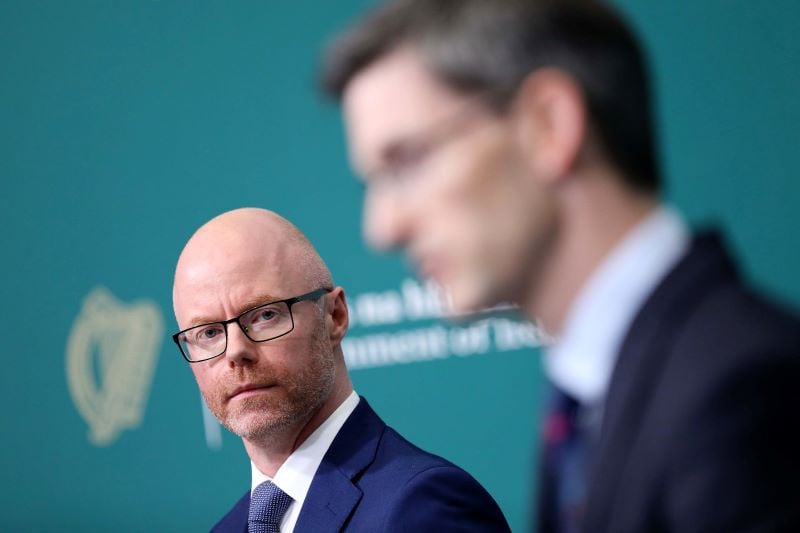 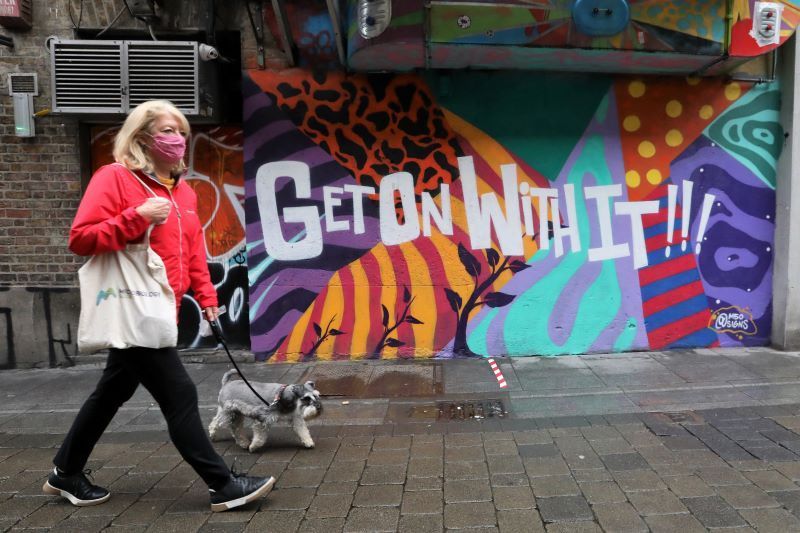 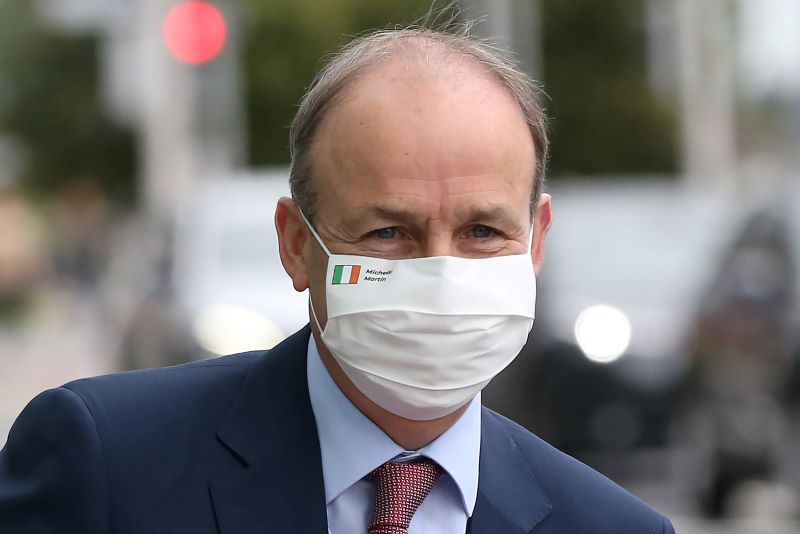 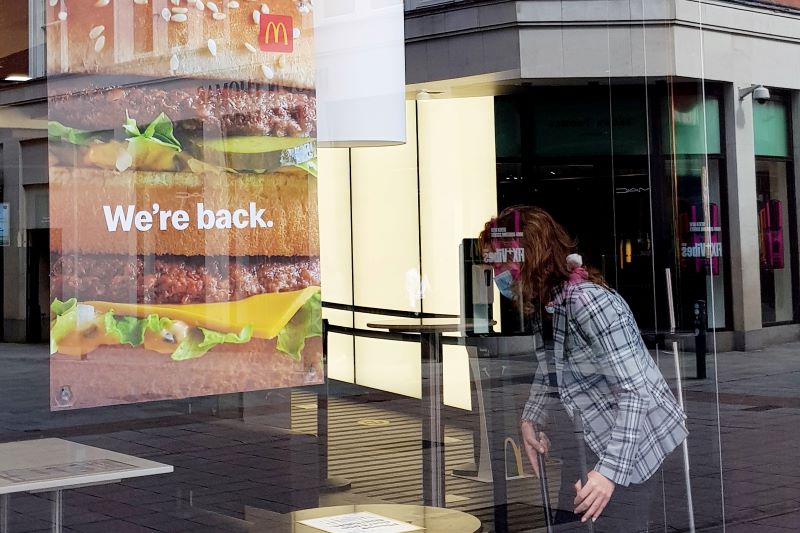 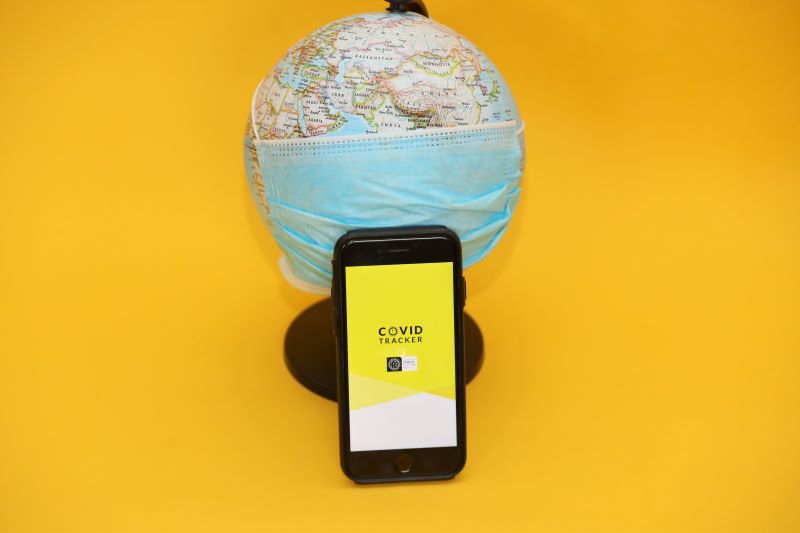 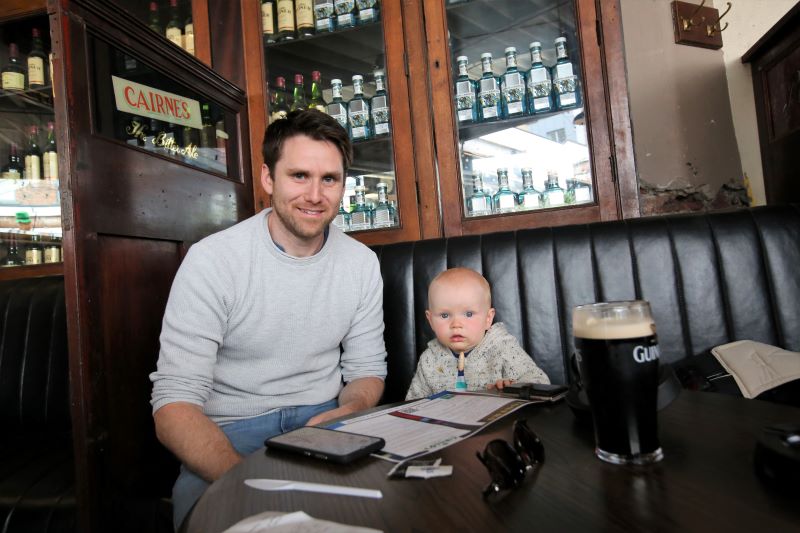 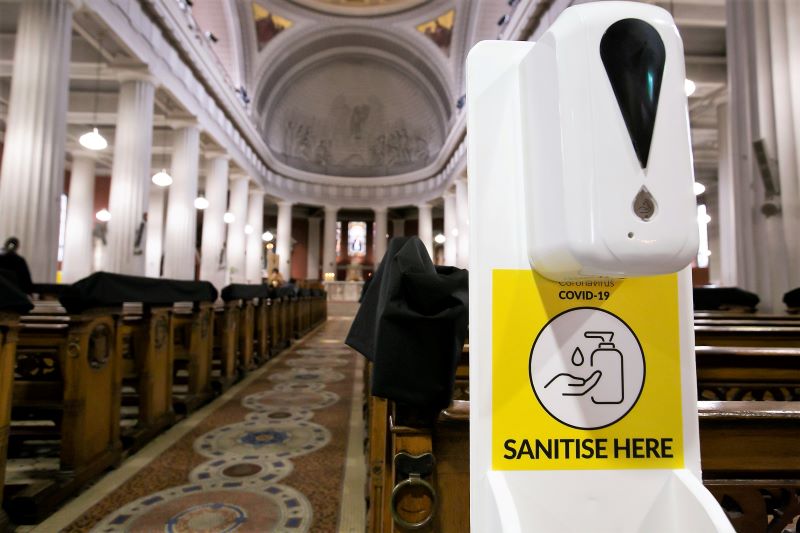 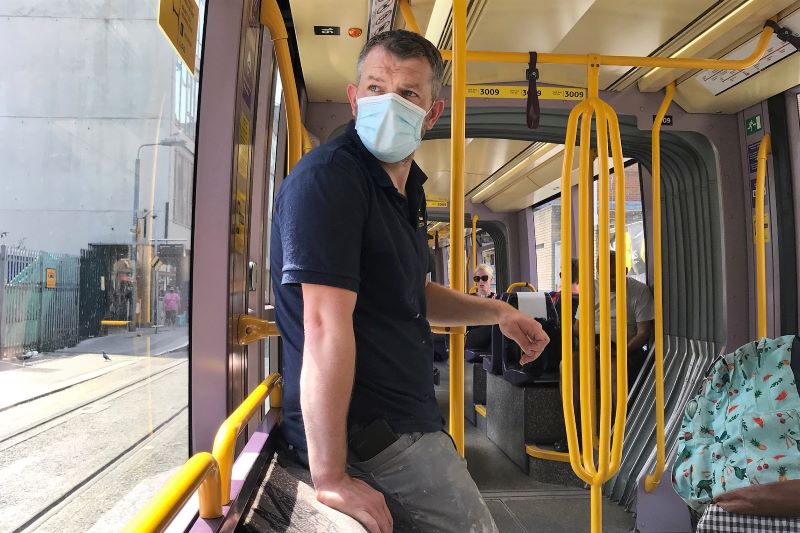 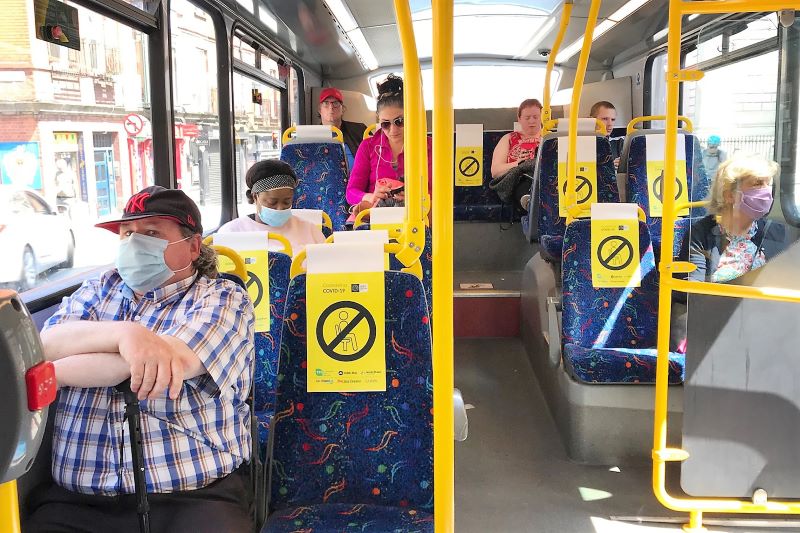 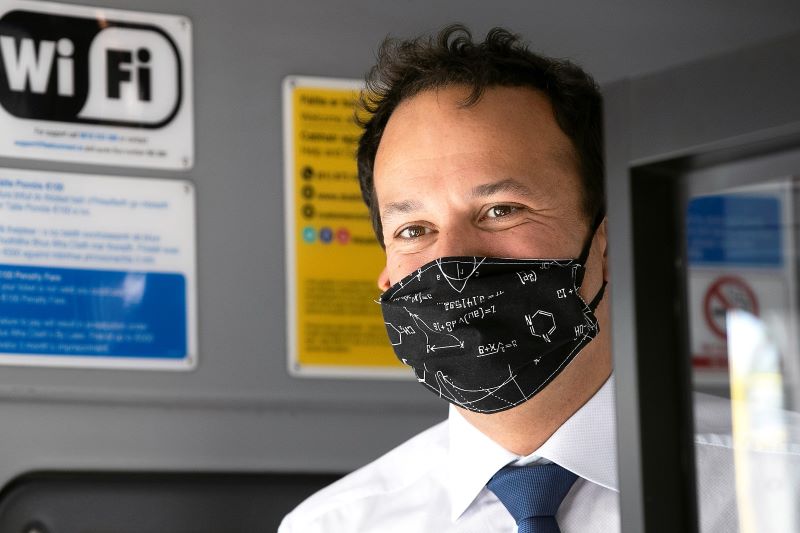 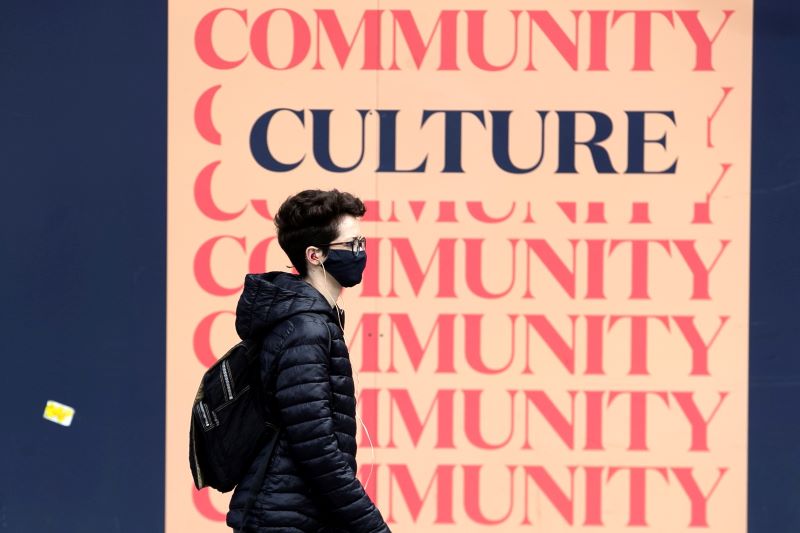 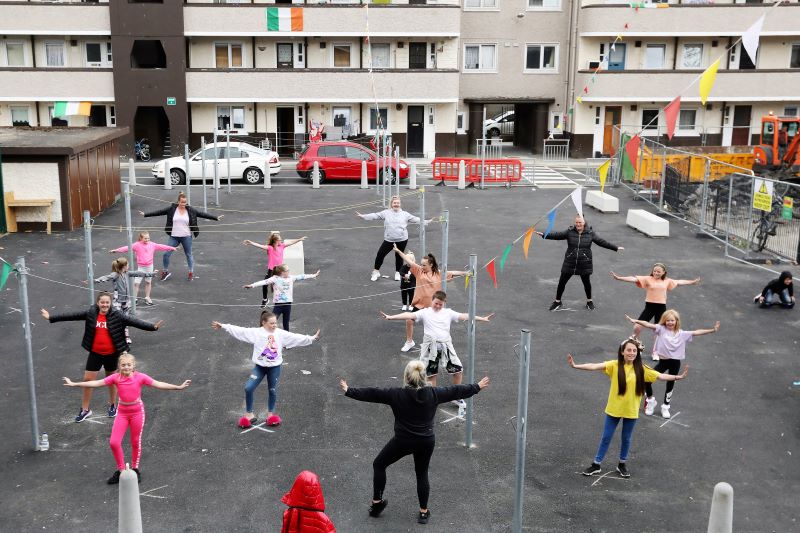 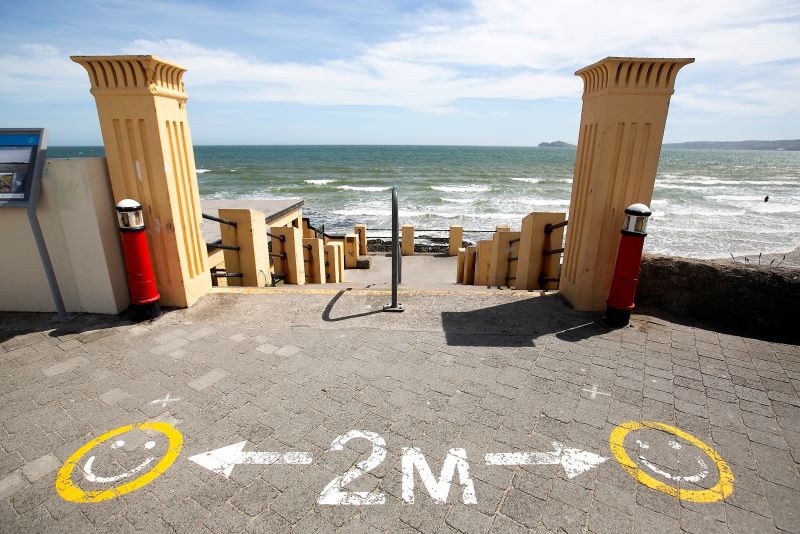 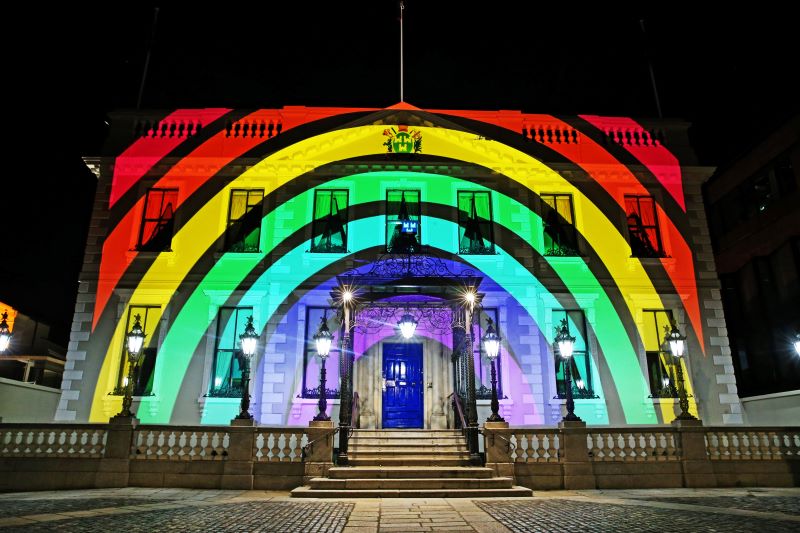 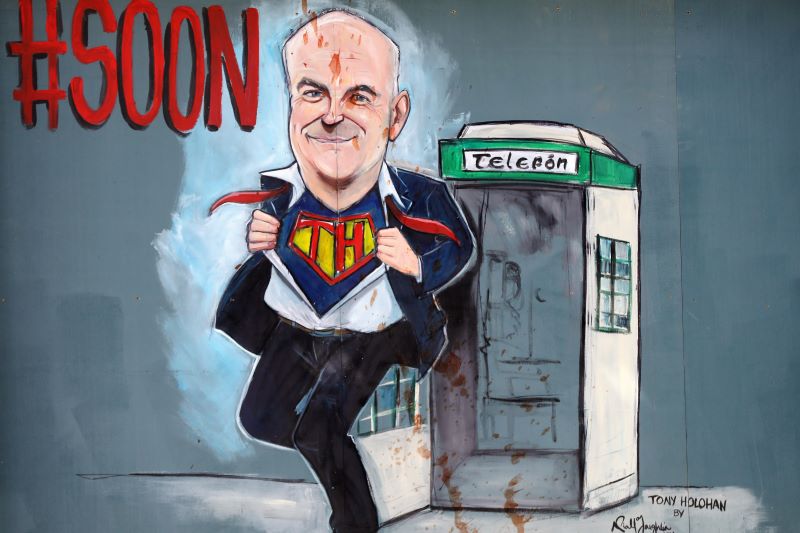 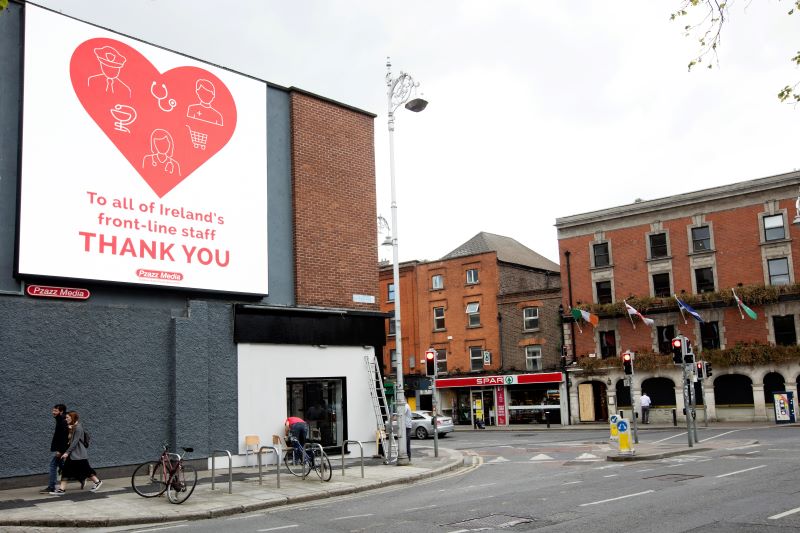 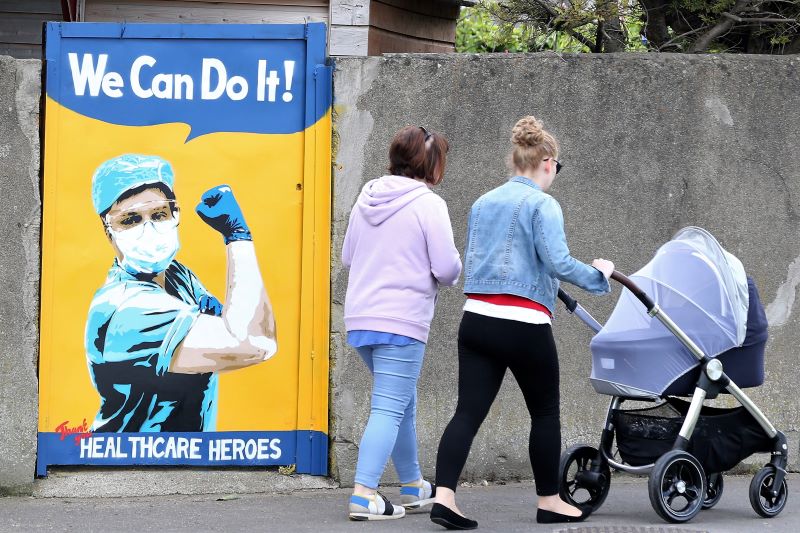 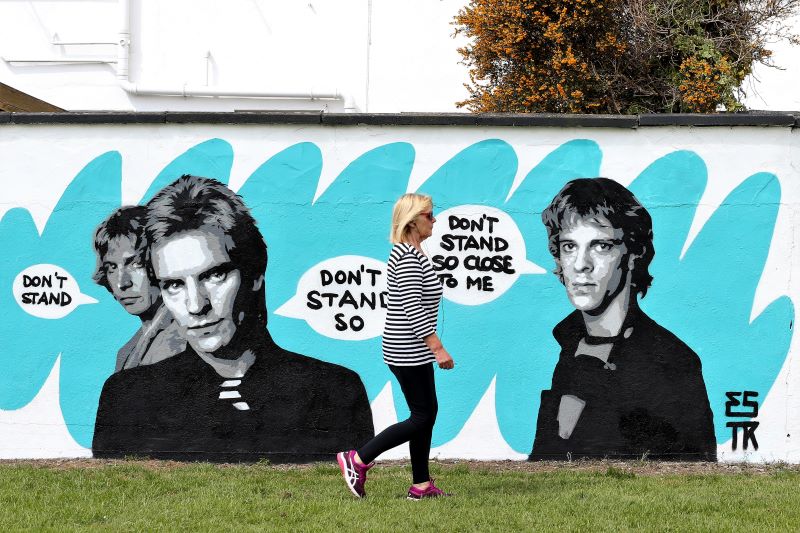 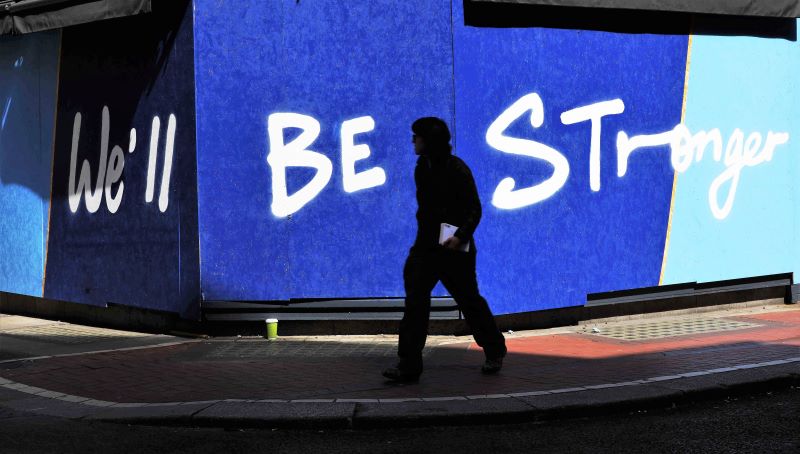 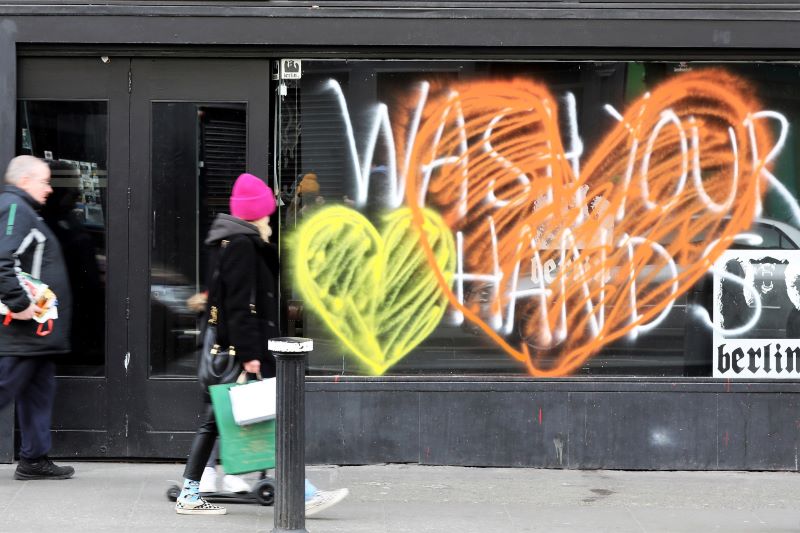