Origin in Bloom for Malachy McCourt this Bloomsday 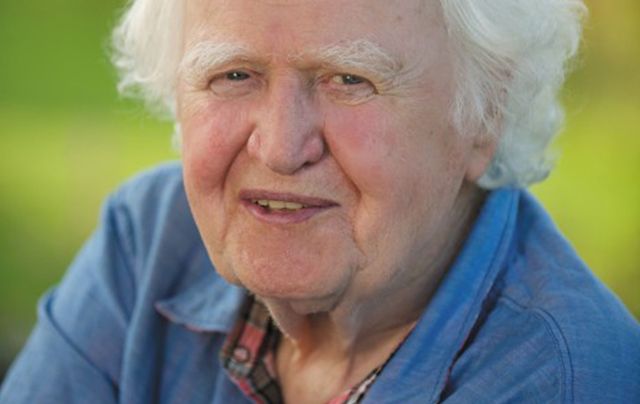 On hand to honor McCourt and to help inaugurate the new prize will be the award’s nominating committee, which includes IrishCentral and Irish Voice’s Cahir O’Doherty, Irish America magazine’s Patricia Harty; historian and curator Turlough McConnell, and the Irish Echo’s Peter McDermott. “There is no better champion for artists, the arts, the little guy, and the big-hearted than our dear friend, Malachy McCourt,” said George Heslin, artistic director of Origin Theatre Company and the producer of the “Origin’s 4th Bloom… @ Bloom’s Tavern of Course!”

Read more: Malachy McCourt in life's Departure Lounge at 85 and filled with fire

“That is why this award is so meaningful to us.  Though he always brushes these kinds of things off, Malachy deserves our undying love for all that he does.”  Adds Bloom’s Tavern co-owner and GM Noel Donovan, “Malachy McCourt is a New York Irish institution.  A welcoming presence, a man who smiles the way others breathe.”

The Brooklyn-born McCourt is being honored for his lifetime literary output, which includes his recently published whimsical collection of personal essays (written with Brian McDonald) about the meaning of death, Death Need Not Be Fatal.     The breakfast features a costume competition for the “Best, or Most Creatively, Dressed Molly or Leopold Bloom.”

The winner -- either a man or woman -- will be selected from among the guests by a blue-ribbon panel chaired by the internationally recognized image strategist Margaret Molloy.  A $2,000 dinner and NYC fun package will be offered to the grand-prize winner. For information and reservations go to www.origintheatre.org.

Read more: How did famous Dubliner James Joyce end up being buried in Zurich?