March 17 has come and gone in New York, and with it a successful 257th annual St. Patrick’s Day parade, but the backstage wrangling over control of the event continues. 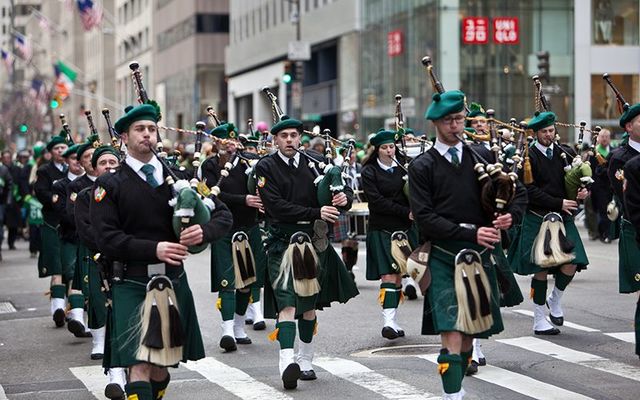 March 17 has come and gone in New York, and with it a successful 257th annual St. Patrick’s Day parade, but the backstage wrangling over control of the event continues.

On Thursday, May 10, the parade’s main affiliated organizations – the United Irish Counties, the AOH, LAOH and the Grand Council of United Emerald Societies – will meet at Cathedral High School in Manhattan to discuss the parade’s future and their role in it.  The affiliates have been feuding with the parade’s board of directors for three years at this point and have launched a number of lawsuits and injunctions against the board’s leadership, the first of which came from John Dunleavy, the former chairman of the board’s St. Patrick’s Parade and Celebration Committee who sued after being ousted from the running of the parade in June of 2015.

Meanwhile, the board of directors, currently led by the soon to be departing chairman Dr. John Lahey, has scheduled a meeting of its own for Monday, May 14.  The board also sent out a notice this week alerting the affiliates that the May 10 meeting is not officially sanctioned by the board.

The four aforementioned affiliated groups, which held a prior meeting on April 17, penned an open letter to the parade’s board stressing their unity and “assistance in resolving some of the most pressing issues facing the parade.”

The letter continued, “Among the major issues that were discussed by the affiliates were the ongoing litigation the board of directors is involved with that to date has cost close to $500,000. In addition, we addressed the offer proposed by Dr. Lahey of a seat on the board of directors to each of our four organizations. All members at this meeting were also concerned that our voices, and the voices of all affiliated organizations that represent the NYC St. Patrick’s Day Parade, are not being heard.

“We believe that these issues, and many others, can be resolved with the input of the affiliated organizations. It is our desire to see the litigation settled by mediation rather than continue to spend money that is raised by our supporters for endless legal fees.

“We are appealing to Dr. Lahey, and the entire board of directors to open sensible dialogue with the representatives from the four largest groups to start to restore the governance, financial security and integrity to the NYC St. Patrick’s Day Parade. We respectfully request a meeting with the full board of directors.

“We are also asking all of those who love and support our parade to make their voices heard to let the board of directors know that it is time to be one again and to represent all of those that have helped to make this wonderful parade the beautiful tribute to our heritage, culture and our patron, St. Patrick.”

Sources close to the parade board told the Irish Voice that the legal fees were accumulated solely because of the actions taken by Dunleavy against Lahey and the board.  “What was the parade supposed to do, not defend itself? That couldn’t happen. It would be good to know who is paying Mr. Dunleavy’s fees, too,” the source said.

Additionally, the source said that the offer of four seats on the board of directors for representatives of the affiliate groups has gone unanswered since it was made by Lahey last year.

“If they are so interested in working with the board, then why haven’t they taken up the offer of seats?” the source asked.

Read more: Why New York St. Patrick’s Parade should be on a Saturday every year