Brendan Lynch filed the complaint in response to what he believes was a stolen election at a June 7 meeting. He claims he was elected vice chairman of the board. 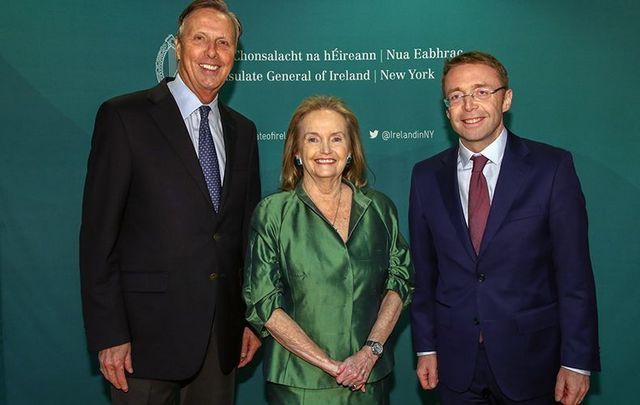 A member of the board of directors of the New York City St. Patrick’s Day parade filed a complaint in Westchester County Supreme Court last week alleging that the board as it currently exists is illegal, and that all actions taken by the board and its chairman Dr. John Lahey since a June meeting are also subject to being overturned.

Brendan Lynch, elected to the board in January of 2016, filed the complaint in response to what he believes was a stolen election at a June 7 meeting in which he claims he was elected vice chairman of the board.

At the meeting, Lynch received seven votes from the 12 board members who were present. Sean Lane, also elected to the board last year, received five, but proxies counted after the meeting from members not present rendered Lane as the winner.

Lynch, a parade volunteer for more than 25 years, states in his complaint that Lahey is “unfit to remain as a director of the corporation or as a member of the parade committee, and should be removed from those positions permanently,” a charge he also levels at Lane.

Lynch contests that Lahey validated his election at the June meeting, but took “illegal” actions afterwards that shifted the result in Lane’s favor.

“As the election for the office of chief administrative officer was being held, chairman Lahey called for a ruling on whether Lynch could run for this office because he already held the office of vice chairman, this acknowledging the election result,” the complaint states.

“Well after the close of business, on or about June 11 or 12, Lahey announced that the already closed election of Lynch was done in error and that, owing to proxy votes, the true winner was Lane.”

The complaint asks the court to “name Mr. Lynch to the title of vice chairman for a full term.”  It also says that any business conducted by the board after the June meeting is “voidable … and all votes and decisions must be voided, and the board must revert to its composition as it was before June 7, 2017.”

The complaint does not specifically mention the election of philanthropist Loretta Brennan Glucksman as the 2018 parade grand marshal in a board vote taken at the end of August as being “voidable.”  Glucksman was formally unveiled as the grand marshal of the parade at an event at the Irish Consulate last Tuesday, and Lynch was one of those present on the night.   He gave no indication to members of the board at the party that two days later, he would be filing a formal complaint.

Earlier this year, the board passed a motion that allows the chairman to suspend any board member who files suit against the parade, which means that Lynch is subject to suspension.

Lahey is currently out of the country and was unavailable for comment on the latest legal salvo aimed at the parade.  Previously he has said that 2018 will be the last year he leads the St. Patrick’s Day parade.