The small businesses at the core of Irish American neighborhoods have never faltered when asked to support good causes, but now the cause is theirs and New York’s Irish community leaders are ready to step in with financial support for those facing hard times due to the coronavirus pandemic. 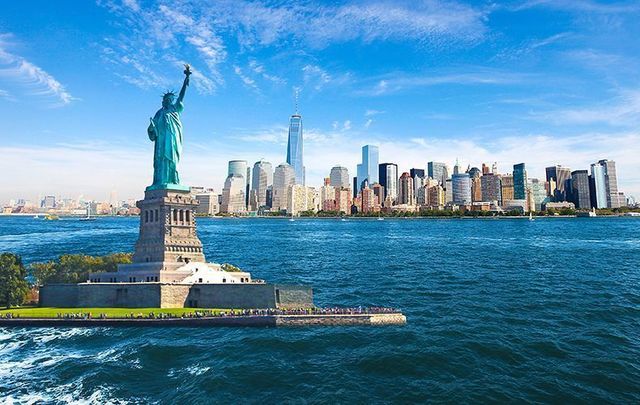 A new group called Sláinte 2020 are ready to step in with financial support for those facing hard times due to the coronavirus pandemic. Getty

The small businesses at the core of Irish American neighborhoods have never faltered when asked to support good causes, but now the cause is theirs and New York’s Irish community leaders are ready to step in with financial support for those facing hard times due to the coronavirus pandemic.

A new group called Sláinte 2020 will formally launch later this week, and its five founding organizations are the New York GAA, United Irish Counties, the Aisling Irish Community Center, the New York Irish Center and the Emerald Isle Immigration Center.  The New York GAA, under the leadership of chairperson Joan Henchy, has already stepped up with a $10,000 donation, and organizers are hoping that additional fundraising will ensure that a big helping hand is at the ready.

“We are a great community and we stick together. Now is the time when we need to do that more than ever,” Caitriona Clarke, chairperson of the Aisling Irish Community Center on McLean Avenue in Yonkers, told the Irish Voice.

“Our small businesses have always been there for us when we ask them for ads or other kinds of fundraising.  Now we have to be there for them.”

Read more: Do you know a local hero helping others deal with coronavirus?

Clarke and her husband Seamus own JP Clarke’s Saloon on McLean Avenue, one of the country’s most Irish neighborhoods.  The shock of having a successful business one morning, only to be told that closing time was coming in the evening, was devastating to the Clarkes and every other establishment, particularly the employees.

Seamus Clarke soon called an emergency meeting attended by the owners of the many Irish bars and restaurants on McLean; Henchy and Larry McCarthy, the president-elect of the GAA in Ireland, were also present, as were McLean Avenue Merchants Association members John Rubbo, Peter Doran, and Henry Djonbalaj.

Not surprisingly the local businesses expressed extreme alarm about the future, and after Seamus did some research about past community initiatives centered on people helping each other, Sláinte 2020 came to being.

The leaders of the founding organizations were immediately on board, she added, and their first Zoom meeting took place last week.

“No one organization on its own is strong enough to do this, but the main ones coming together as one will be,” Clarke said.  “Katonah, Bronx, Queens, Manhattan…we are all in this together.”

Sláinte 2020 will provide assistance to those who can demonstrate financial hardship resulting from the spread of COVID-19.  A website will soon be launched which will also include links to contacts and jobs where vacancies are available.

Local Irish groups – the county societies, AOH divisions, and others – will be asked to provide assistance.  Accountability will be transparent, especially as the founding organizations have been community bedrocks for decades.

“We want to reach out to everybody willing to support Sláinte 2020 because there’s going to be a lot of hardship out there,” Clarke maintains.  “We want our community to emerge from this.  We are hoping that there will be a strong spirit there from those wanting to help.”

Another concern of the Sláinte 2020 founders? Those who are financially impacted might choose to return to Ireland, even though the Irish economy has sunk to recession depths as well.

“Who knows what is home for them. We want to keep people here because there’s a better chance for them to pick up the pieces here,” Clarke said.

The three immigration centers – Aisling, New York Irish and Emerald Islen – are still operational, Clarke points out, and available to help even though their doors are closed.

“Counselors are continuing to hold sessions over the phone or online. Senior groups in all three centers are being called regularly and volunteers in place to help with grocery deliveries, etc.,” she adds.

“It’s important that the community knows that they are still available to help, even though the offices are closed.  People are encouraged to contact them if they need assistance.”

“It’s very sad,” she says.  “You walk out your door and no one is there. So it’s time to step up. This is our way of saying, look, we care and when all this is over, we don’t want anyone asking where was the Aisling Center, or where was the GAA or the other Irish groups.  We are right here and we are going to do our best.  We can’t solve all problems but we will try and do as much as possible.”

Sláinte 2020 has opened an account with Country Bank on Katonah Avenue in Woodlawn. The account number is 20100007771, and as the group is a non-profit, donations will be tax deductible.