Images of destruction of Hurricane Harvey moved a Rockaways man to head to the Lone Star State on September 11 to help with the recovery efforts. 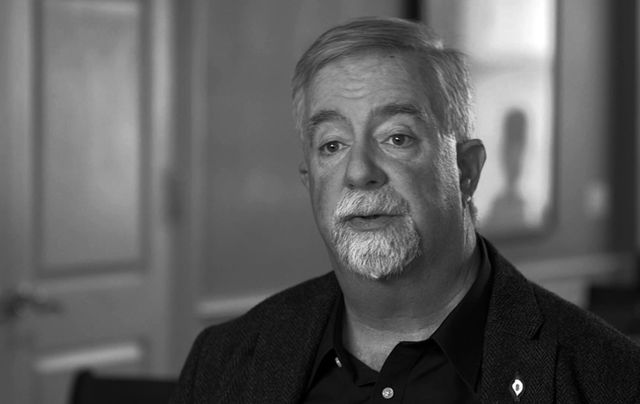 The images of destruction and helpless victims of Hurricane Harvey in Houston have moved an Irish New Yorker from the Rockaways to hitch a trailer full of supplies to his Chevy pick-up truck and head to the Lone Star State on September 11 to help with the recovery efforts. Ed Shevlin, an Irish scholar and Gaelic speaker who recently completed a master’s degree in Irish studies at New York University, said he was moved to help Houstonians in need because he and his neighbors suffered similarly five years ago when Superstorm Sandy wrecked vast parts of New York and New Jersey, and the Rockaways in particular.

“I will never forget all the assistance we received in the Rockaways after Sandy. We had Mormon kids from Utah helping out. We had people from everywhere pitching in. And we so needed it,” Shevlin told the Irish Voice on Tuesday morning.

“So for me it was just a gut reaction to go to Houston and do what I can.  I just have to.  The Irish spirit of meitheal was great for us, and that’s what we want to replicate.”

Shevlin, a former member of the New York City Department of Sanitation, worked nearly round the clock during Sandy’s aftermath, helping his neighbors recover and dealing with his own losses.  His elderly parents -- originally from Cork City and Scotland -- who own a ground floor apartment near the beach lost everything as their space was flooded by eight feet of water.

For his trip to Houston, he will be delivering supplies such as medicines, diapers, toilet paper and work gloves that were gathered by the Newman Club at the United States Merchant Marine Academy in Kings Point, Long Island.   One of his Rockaway neighbors, retired teacher Leslie Mahoney, will be his co-pilot for the trip.

“There’s no denying the power of Leslie,” Shevlin said. “So we are all set.”

Shevlin has the offer of a trailer to hitch to his Chevy Silverado, but he’d have to travel to Saratoga Springs in upstate New York to collect it.  He’s hoping to avoid that four-hour drive in favor of a donation more local.  He’s incurring all of the expenses, but would be appreciative of items such as gasoline or food gift cards to offset what will be a costly goodwill mission.

“I’ve gotten some donations which is great. People really want to help out,” Shevlin said.

Houston is nearly 1,500 miles from New York.  Shevlin anticipates that the journey will take a minimum of two days and will be complicated by road closures around the Houston area.

Shevlin and Mahoney don’t plan on staying in the devastated city for long. Their supplies are being donated to a group called Houston Skyline, which is run by a former student at the Merchant Marine Academy.

Volunteers aiding in the Harvey recovery.

“We want to drop off all of our donations, and then we don’t want to be in the way.  We’ll ask if there’s any way our truck and trailer can be used to help people, and if so we will be happy to stay and do that.  And then we will leave,” he said.

The suffering in Houston won’t end anytime soon, a fact that Shevlin knows from experience. Parts of the Rockaways are still dealing with Sandy’s.

“We’re still not whole,” he said.  “I know people who are paying mortgages on empty lots. And friends whose homes were rebuilt by bad builders, and they can’t get approval from the city to return.”

Harvey was bad enough, and now Hurricane Irma lurks in the Caribbean with the potential to wallop Florida.  “And there’s nothing we can do but watch,” said Shevlin, a soldier in the New York National Guard who would be called to duty if, God forbid, a hurricane were to wreak havoc in New York.

To make a donation for Shevlin’s trip, contact him by email at EdShevlin.Research@gmail.com, or his Ed Shevlin Facebook page.  On PayPal he is Edward Shevlin III.