Kenneth Branagh's next film project is set to be semi-autobiographical 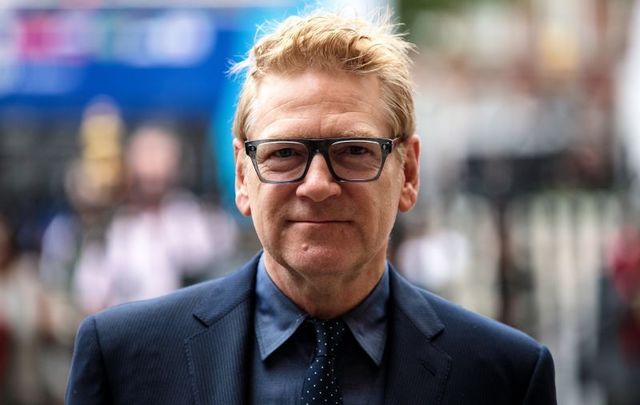 Kenneth Branagh's next film project is set to be semi-autobiographical

*Editor's Note: This column first appeared in the September 9 edition of the Irish Voice newspaper, sister publication to IrishCentral.

This sounds like a great film in the making! Jamie Dornan, Caitriona Balfe, Ciaran Hinds, and Dame Judi Dench have all inked deals to star in Belfast, a semi-autobiographical movie penned by Kenneth Branagh, who will also direct.

Read More: Kenneth Branagh returns, this time as Shakespeare himself in All Is True

Branagh was born in Belfast and spent the first nine years of his life there before settling in Reading, England with his folks who were concerned about the escalating unrest in Northern Ireland.

His new project will be set in Belfast in the 1960s – Branagh is 59 – and the Daily Mail reports that filming has already started on location in England, though Belfast itself will be used as well.

Dench and Hinds will play Branagh’s grandparents, who he was very close with, and Dornan and Balfe are down to play his parents, Frances and William.

“Jude Hill has been chosen to play the young boy based on Branagh during his early years in Belfast amid the tumult of the late-1960s. The film is not a straightforward biography of Branagh’s childhood, so at present Hill’s character isn’t called Kenneth. It is an ensemble piece,” the Mail says.

Caitriona confirmed the project on her Twitter feed a few days ago, writing "So delighted to be working on this special project:"

I guess the cat is out of the bag!!! So delighted to be working on this special project with this amazing cast and the wonderful Kenneth Branagh. Exciting stuff! #Belfast https://t.co/XdeOybeGpw

Covid restrictions haven’t slowed Caitriona’s career one bit. Last month she launched a new brand of Scottish gin, with the proceeds earmarked for artists impacted due to the global lockdowns, and a couple of weeks ago she announced that she’s acquired the film rights for the upcoming novel "Here Is the Beehive," by the Irish writer Sarah Crossan which is already garnering rave reviews in Ireland and the U.K.

Exciting news to share!!!! So excited to go on this journey with you @SarahCrossan x https://t.co/dpwGn0Rj3T

“I am beyond thrilled that Sarah agreed to collaborate with me to bring her exciting and compelling novel to life for the screen,” said Balfe. “I was particularly drawn to her portrayal of a flawed, complex and wounded woman, navigating a tragic circumstance somewhat of her own creation.”

Deadline reports that Caitriona will likely star in the film as well, schedule permitting.