Former New York congressman will have many long nights to ponder how and why he became a one-man wrecking ball for so many people’s ambitions. 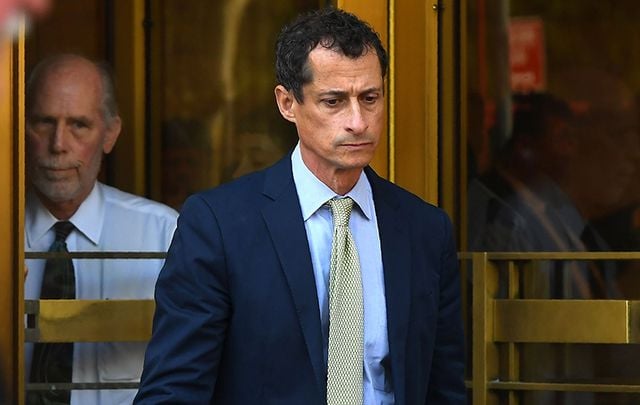 Make no mistake about it – Anthony Weiner took down the possibility of Hillary Clinton becoming president along with his own career.

Sentenced to 21 months in prison on Monday, the former New York congressman will have many long nights to ponder how and why he became a one-man wrecking ball for so many people’s ambitions.

He changed the course of history.  The Clinton presidential campaign made plenty of mistakes, no doubt, but Weiner’s folly put the kibosh on it.

Prison for a man once on the verge of great power looms, but he must also live with the human consequences of his outrageous behavior.

In addition, he left his young son with a lifetime of trouble dealing with his father’s perverse activity of sending pictures of his genitals to teenage girls.

There is also the impact on Huma Abedin, his classy wife and Hillary confidante, who lost the chance of being a witness to history in the White House, as well as her marriage and her career.

A trainwreck then, and a disaster for all concerned.

In an alternative universe, Weiner would be mayor of New York City, Hillary would be president and Huma would be her chief of staff.

Left unanswered is the reason why then-FBI chief James Comey re-opened the Clinton email controversy in such a public fashion after finding already examined emails from Abedin to Weiner.

There was nothing new in the disclosures, but the damage had been done by the time the FBI reported that information less than two weeks before Election Day.

The subsequent wave of publicity doomed Clinton’s campaign as the new questions about her use of email dominated the final weeks before the election.

In her new book "What Happened," Clinton is certain that working-class women, a key group, moved away from her when her email usage story once again surfaced.

Amazing to this day that Comey did not also reveal the Russian probe about interference in the American election, even though it was just as relevant as the emails investigation.

We may forget, but Weiner was ahead in the race for mayor in 2013 and was vastly more impressive than the man who eventually won, Bill de Blasio.

Like many famous men, however, Weiner had a fatal flaw, a form of sex addiction becoming all too popular in the modern era of Snapchat and Instagram.

Unable to control his impulses, he became 'Carlos Danger,' his alter ego, seeking out young and fun acquaintances.  He crossed the line, however, with underage sexts that led to his downfall.

The events surrounding this case will go down in history for all the wrong reasons if you're a Democrat.

Donald Trump sits inside the White House in large part because a former congressman couldn't control his sexting compulsion. No one would believe it as a plot for a book or a movie.

In this case though, truth proved a lot stranger than fiction.