Couples in Ireland are being advised to switch their smartphones off to improve their sex lives. 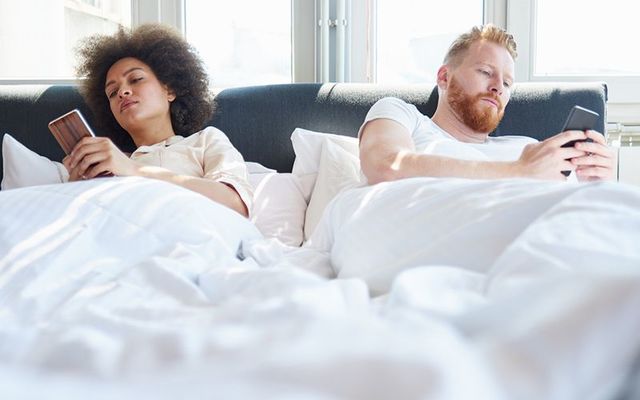 Sex life taken a dive? Ditch the cell phone to get back on track! iStock

Couples in Ireland are being advised to switch their smartphones off to improve their sex lives.

Therapists believe there is a direct link between the quality of a couple's physical relationship and the amount of time one or more partners are spending on their phones. And marriage counselors have revealed they are increasingly directing people who are stuck in sexless marriages not to linger in the office at the end of a working day and to turn off their tablets and phones once they return home.

Tony Moore, who runs Talking Point Counseling in Portlaoise, County Laois, said, "The biggest trend I've noticed since the start of this year is that people seem to be working harder and longer, and the downside of that is that it's having a catastrophic effect on their relationships.

"The economy is performing a lot better and unemployment is very low, so there's a sense amongst people that they need to make hay while the sun shines.  But a lot of relationships are in trouble because of this, as couples just don't have the time to talk to each other anymore.  People are staying in the office very late, and when they get home they're switching on their phones to send more emails.

Read more: Most famous Irish royal couples of all time 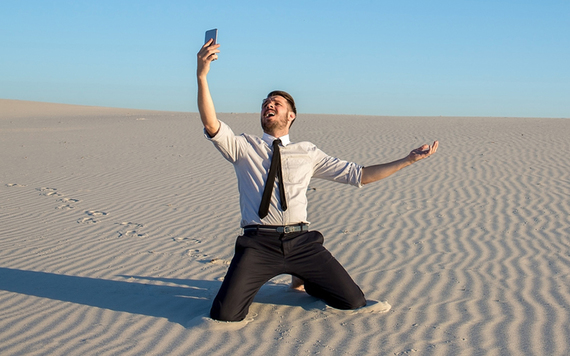 Maybe leave the phone turned off this time. Image: iStock.

"It's become a huge issue for couples, and it's the biggest problem facing relationships at the moment.  In many cases, the female in the relationship is the one who's feeling neglected because she either isn't seeing her husband at all, or he's either too busy or too tired to have sex with her.

"So, my biggest piece of advice for couples in this situation is to look at their daily routine and to make an effort to leave work on time, and then once home make sure to switch off your smartphone.  If you do that, then there's a chance of getting the spark back in your relationship." Moore also warned couples to keep their smartphones switched off when on their family holidays.

"For a lot of people, the annual holiday abroad can turn into a bit of a nightmare, particularly if there's already friction in the relationship.  But if one of the partners is on their phone the whole time and ignoring their husband or wife, it's only going to make matters worse,” Moore said.

"If you're texting or emailing on your phone the whole time, then you're basically taking your job away with you, and not communicating properly with your partner."

Meanwhile, Moore is anticipating a surge in couples turning to him for professional help because they've fallen out during the World Cup. He recently predicted that the tournament will increase the tension in thousands of households across Ireland and even trigger the final whistle for those stuck in already rocky relationships. He added that disputes will erupt in households where one partner—usually the husband—is constantly glued to the TV, while his wife feels sidelined as she has zero interest in the sport.

Read more: How the Irish describe sex and getting physical is truly different