Most famous Irish royal couples of all time

Forget Prince Harry and Meghan Markle, these are the very best royal pairings that Ireland should be celebrating. 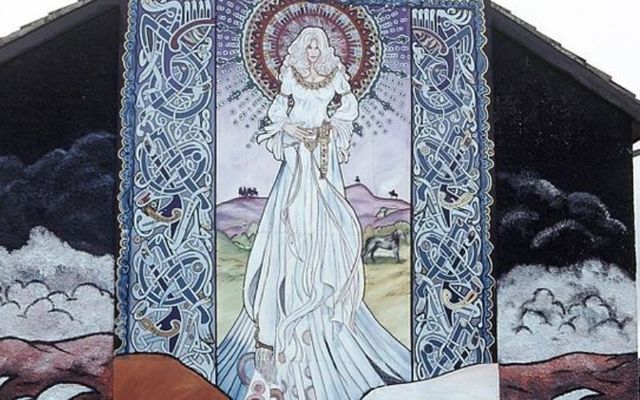 Britain may be associated with royal families, but there are plenty of famous Irish Royal couples scattered throughout Irish history.

From the mythological Queen Medb and her marriage to Ailill mac Máta to the Pirate Queen Grace O'Malley and her relationship with Iarainn Bourke, there have been plenty of famous Irish royal couples to rival the likes of Prince Harry and Meghan Markle.

Here are some of our favorite Irish royal couples of all time:

Queen Medb of Connacht is arguably the most famous female character in Irish mythology.

Her story is told in the Cattle Raid of Cooley, or Táin Bó Cúailnge in Irish. In it, she competes with her husband, Aillil, over which of them possesses the greatest wealth, and demands the use of Donn Cúailnge, the big brown bull belonging to neighboring King Dáire mac Fiachna. When he refuses, she has no hesitation in leading her armies into battle to get it.

Along the way, Medb wars against boy-warrior Cúchulainn, who single-handedly battles her army because of a curse placed over his comrades.

Of course, Ailill was just one of Queen Medb’s many husbands and lovers.

The Pirate Queen Grace O’Malley (Ó Máille) was married twice in her incredible life; to Dónal an Chogaidh Ó Flaithbheartaigh and Risdeárd an Iarainn Bourke.

Of the famed O’Malley clan of Mayo and born around 1530, her father was a chieftain and sea trader and she learned how to handle herself on his ships. Striking out on her own, she became known as the Pirate Queen capturing English ships and taking their cargo.

The English moved against her, but she went to London and met the Virgin Queen, Elizabeth the First, who recalled her armies and released O’Malley's family who they were holding captive.

In 1546 she married Dónal an Chogaidh Ó Flaithbheartaigh, tánaiste or heir to the Ó Flaithbheartaigh (O'Flaherty) title, which would have been a good political match for the daughter of the Ó Máille chieftain. It was said to have brought her greater wealth and influence, reportedly owning as much as 1,000 head of cattle and horses.

In 1565, however, Ó Flaithbheartaigh was killed in a raid and just a year later she married for the second time to Risdeárd an Iarainn ("Iron Richard") Bourke.

Oisín, who was a warrior with the Fianna and the son of one Fionn Mac Cumhaill, one day met Niamh Cinn Óir (Niamh of the Golden Hair). She invited him to her home which was under the waters of the lake, in a place called Tír na n-Óg (the land of the young). Niamh was the princess of Tír na n-Óg and Oisin immediately fell in love with her.

Although he was sad to be leaving his father and Na Fianna, Oisín agreed to join Niamh on horseback to go and live in Tír Na nÓg, promising Fionn Mac Cumhaill that he would return to Ireland to see him again soon.

While Oisín loved his new home, he missed Ireland and begged Niamh to let him return. Although Oisín thought that only a few years had passed, it had in fact been 300 years back in Ireland, since, in the land of Tír Na nÓg, time slowed down.

Eventually, Niamh saw how much Oisín missed his family. She agreed to let him return to Ireland to see them again. “Take my magical white horse,” she told him. “Do not get off this horse, and do not let your feet touch the ground, or else you will never be able to return to Tír Na nÓg again.”

He quickly discovered when back in Ireland, however, that he could not locate Na Fianna and his family home was old and crumbling. On his hunt for those he loved, he came across a group of old men struggling to move a rock. Despite Niamh’s warning, he jumped from the horse to help the men but quickly turned into an old man, aging the 300 years he’d missed in Ireland, and died soon after.

Tóraigheacht Dhiarmada agus Ghráinne (The Pursuit of Diarmuid and Gráinne) is one of Ireland’s most well-known love stories, although there are very many variants on the main story.

Diarmuid was one of the Fianna and a loyal fighter of Fionn Mac Cumhaill. He was also something of a hit with the ladies because of his stunning good looks.

Looking for another wife and getting on in years, it was decided by Fionn Mac Cumhaill's men that Gráinne, the beautiful daughter of High King Cormac mac Airt, was the woman most worthy of their leader and the marriage between Fionn and Gráinne was arranged.

Gráinne was disappointed by the once great and now aging Mac Cumhaill, however, and instead fell for Diarmuid. Some versions say that this was because of a love spot on his forehead that made all women fall in love with him, others do not.

Placing Fionn Mac Cumhaill to sleep with the aid of a potion, Gráinne implores Diarmuid to run away with her. Although not wishing to be disloyal to Mac Cumhaill, Diarmuid is eventually forced to leave with her when she threatens him with a spell. They run away, with Na Fianna on their tale, sparking a range of episodes of near-capture and near-death as they continue to elude  Mac Cumhaill.

Eventually, Diarmuid's foster father Aengus negotiates peace with Fionn and the lovers are allowed to settle.

Aoife MacMurrough, often referred to as Aoife (or Eva) of Leinster, was the daughter of Dermot MacMurrough, a King of Leinster in the 12th century, who married Strongbow to aid her father’s military alliance with him.

Dermot MacMurrough was in a feud with King of Breffney, Tiernan O'Rourke, and so had called on the Norman Earl Richard de Clare, 2nd Earl of Pembroke - otherwise known as Strongbow -  to aid him, putting a start to the Norman invasion of Ireland. One of the conditions of Strongbow’s military assistance was his marriage to Aoife, although under Brehon Law Aoife must also have agreed to let this happen.

They were married on August 25, 1170, in Christchurch Cathedral in Waterford, giving Strongbow succession rights to the Kingdom of Leinster. They had two sons and a daughter and their descendants went on to be included in much of the nobility of Europe, in Scotland, in particular.

Who are your favorite Irish Royal couple? Let us know in the comments section, below.