Leo Varadkar has told the first gathering of women in parliaments across the world that many aspects of the Irish Constitution are “still sexist and still backward.” 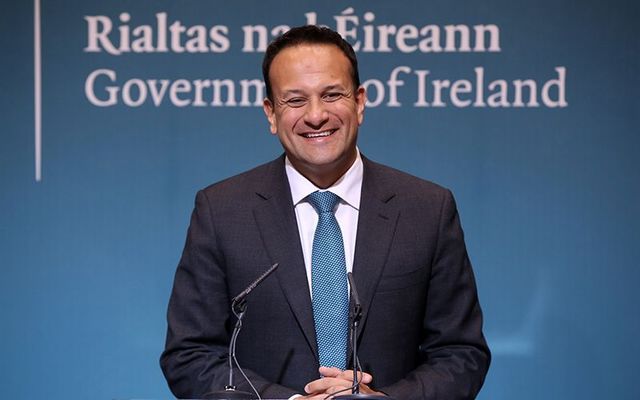 Taoiseach (Prime Minister) Leo Varadkar has told the first gathering of women in parliaments across the world that many aspects of the Irish Constitution, including a reference that a woman’s place is in the home, are “still sexist and still backward.”

Varadkar was the only male speaker to address the first International Congress of Parliamentary Women’s Caucuses in Dublin where women parliamentarians included delegates from many countries, including the U.S.

Read more: Why is this sexist statement not being removed from the Irish constitution?

Varadkar said his government wants the controversial clause relating to woman’s place in the home removed from the Constitution.

The government wanted a referendum to be held next month the same time as a new president is being elected, but it has been put back because a special committee is to scrutinize legislation to take account of carers in the home.

In #Ireland, the #constitution still emphasizes women's place in the home. For a 1937 critic it was “a fascist model, in which women would be relegated to permanent inferiority”. https://t.co/UuBkInSf0W

Varadkar told the women’s conference, “I know there are some people who are opposed to changing this, to taking this language out of our constitution, saying it’s only symbolic. But I think symbols and gestures matter.

“A woman’s place is where she wants it to be and our Constitution should say no different.”

He suggested a referendum to remove “this outdated and insulting language” could be held without diminishing the good work that carers do in Irish society.

The conference discussed issues facing women and how parliamentarians could work to address them.

Parts of Constitution ‘sexist and backward’, Varadkar says
via @IrishTimeshttps://t.co/7q39WGReWR >>what a wonderful event today in Dublin. Congrats to the organisers putting Ireland front and centre in these debates

Varadkar said that 19 women had held ministerial roles in the Irish government. “But it’s still far too few and something has to change,” he said.

“Barriers that women face when it comes to full and equal participation in political process are many. A lack of encouragement can sometimes lead to a lack of confidence. We need a change in our culture as well as a change in our policies.”

Article 41.2 of the Irish Constitution states, “The state recognizes that by her life within the home, woman gives to the state a support without which the common good cannot be achieved. The state shall, therefore, endeavor to ensure that mothers shall not be obliged by economic necessity to engage in labor to the neglect of their duties in the home.”