Why is this sexist statement not being removed from the Irish constitution?

A woman’s place is where now? 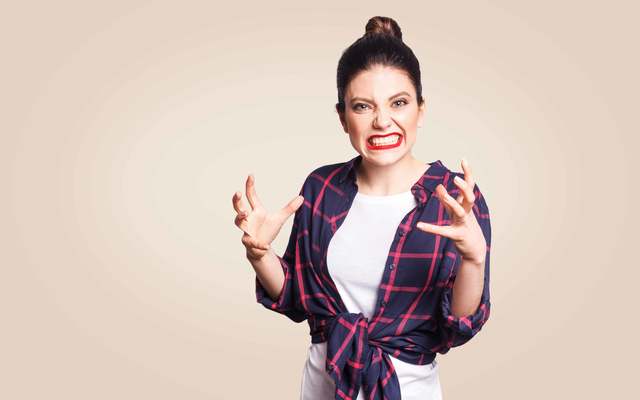 A woman's place is where? Getty

The highly anticipated referendum on removing the Irish constitutional reference to a woman’s place remaining in the home has been postponed.

An Irish government committee has called for more discussion on the article of the Irish constitution that defines a woman’s place as being in the home, postponing a referendum on its removal that was thought to take place this October 26.

For anyone who has never heard of Article 41.2 of the Irish constitution before, it essentially states that women should all be homemakers and not required to work outside of caring for families and the upkeep of family life, a statement that seems particularly outdated and sexist in the Ireland of 2018 which recently voted for the removal of the constitutional ban on abortion and has voted for the introduction of same-sex marriage.

As it exists now, the article reads:  “In particular, the State recognises that by her life within the home, woman gives to the State a support without which the common good cannot be achieved.

“The State shall, therefore, endeavour to ensure that mothers shall not be obliged by economic necessity to engage in labour to the neglect of their duties in the home.”

It was originally thought that a referendum on a straight removal of the clause referring to the woman’s ‘life within the home’ would be held alongside the Presidential election on October 26thhttps://t.co/DuCJfh2odF

It had been hoped that a referendum on the removal of this article would take place on October 26, 2018, the same day that the Irish voting public will be heading to the polls to choose their next President.

It has now been postponed, however, as an Oireachtas (Irish parliament) committee feels that more time is needed to discuss a possible amendment to the article instead of it being totally removed.

Read more: Things that Irish women could not do in 1970s

“To me, this is a straightforward proposition and after many decades of inaction, the time has come for the people to exercise a view on the retention or removal of the Article.”

I am disappointed that the referendum to delete Article 41.2 of the Constitution will not take place in October. https://t.co/7b6XV05loI

Speaking about the committee’s decision in a letter to Minister Flanagan, however, Fianna Fáil’s justice spokesman Jim O’Callaghan explained that while his party supported the referendum “to remove the anachronistic and sexist language that exists within this article,” they felt that more gender-neutral language could be used to protect the rights of carers in the home in the future.

“As currently drafted, it is wholly inappropriate for modern Ireland and stands out like an iceberg frozen in the glacial waters of Ireland in the 1930s,” O’Callaghan said.

In her @IrishTimesOpEd today, @OrlaNWCI calls on the Government and Oireachtas Committee to facilitate a public discussion, through a forum like a citizens’ assembly or constitutional convention, before a Women in the Home Referendum 👩🏻👩🏼👩🏽👩🏾👩🏿 https://t.co/45NJI6xGcB

“At this stage, my own personal preference is for deletion over amendment as I believe the state’s responsibility towards parents and carers should be defined by the Oireachtas in legislation rather than potentially allowing the courts interpret what may be a vague and broadly defined constitutional provision.

“Nonetheless, I recognise that there is another argument and I think it is important that this other argument be considered by the Oireachtas before we put the question out to the Irish people.”

Do you think we need to remove the article on the Irish woman’s place in the home? Let us know your thoughts in the comments section, below.