Ireland’s constitution still refers to “women in the home,” next referendum seeks change

The Irish government will hold a referendum to delete Article 41.2 of the constitution which refers to a woman’s place in the home. 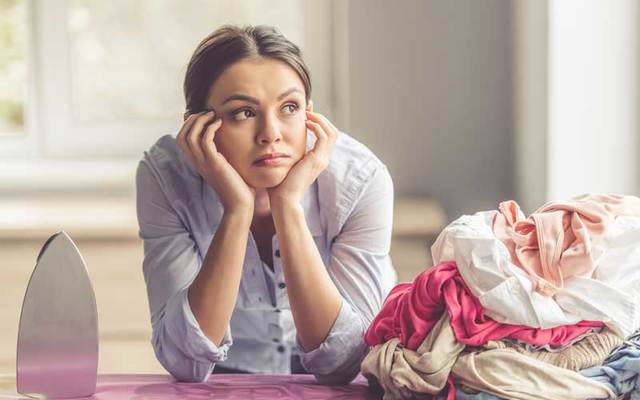 The Irish government will hold a referendum to delete Article 41.2 of the constitution which refers to a woman’s place in the home.

The clause says the State “recognizes that by her life within the home, woman gives to the State a support without which the common good cannot be achieved.”

“The State shall, therefore, endeavour to ensure that mothers shall not be obliged by economic necessity to engage in labour to the neglect of their duties in the home.”

The Irish government has proposed a referendum to delete the article, which has proven to be controversial as some believe that the wording should only be amended to be gender-neutral and that the work of care within the home is still acknowledged.

“Over 80 years after the Constitution was formally adopted, it is clear that Article 41.2 has no place in our Constitution,” said Justice Minister Charlie Flanagan, who brought the proposal before the government.

“It undermines today’s goal to achieve real gender equality by ensuring women have real choices about what to do with their lives,” he said.

Taoiseach Leo Varadkar defended the government’s decision to have a referendum on the deletion of the constitution's archaic article, TheJournal.ie reports.

“We decided that we should ask the people whether they want to delete that article on women in the home, which we believe is sexist and anachronistic, from our Constitution.

“This should never have been put into the Constitution in the 1930s never mind being kept there now.”

It has been suggested that instead of deleting the clause completely, it should be amended by making it gender-neutral, changing the definition of family or putting in new wording on caring.

Varadkar has said that he and the government “do not believe we should tie up a decision on deleting this sexist anachronistic language from our Constitution with a debate on caring and families.”

“Caring and families deserves careful consideration in its own right, we will do that in 2019 and, if we can come up with wording that is agreeable, we will put that to the people as well.

“It is time to separate this idea that women are inherently linked with caring and family because a woman’s place is where she wants it to be and that is not necessarily in the home,” he said.

The referendum was initially to be held in October, on the same day as the presidential election, along with a separate referendum to delete the offense of blasphemy from the constitution.

However, The Irish Times reports the Dáil’s business committee has decided the referendum must go through pre-legislative scrutiny. As the bill will now have to go before the Oireachtas committee on justice in September,  the woman’s place in the home referendum will now most likely be delayed until May next year.